The organic and the atomistic

One of the accusations that modern Aristotelians (like Ed Feser) throw at Intelligent Design is that it has an engineering view of biology, and an engineering Deity, the issue being that organisms are actually whole entities that cannot be divided, like human artifacts, into disconnected parts assembled for a function. Interestingly, a good number of Evolutionary Creation voices at BioLogos have echoed that critique (to the point of getting Ed Feser to write some columns).

Now in his recent long comment Eddie Robinson points out the way that the BioLogos “broad tent” seems to mean that when a fellow-camper holds a position incompatible with your own, you nod vigorously and say “That’s right!”, so long as some kind of minimal criteria are met. As a recent Christian critique observes, pinning down those criteria is hard, but seems to centre on acceptance of “mainstream science” and willingness to question mainstream theology to accommodate that ill-defined concept.

It has to be said that many in the ID movement are also outside mainstream theology, though that is less significant because ID’s aim, unlike that of BioLogos, is not primarily to help the churches’ witness:

BioLogos president Deb Haarsma, former chair of Calvin’s physics and astronomy department, says churches that support evolution will be more effective witnesses in a culture that reveres science, and will help college students avoid a crisis of faith when biology professors argue for evolution.

Whether sharing the culture’s “reverence” for science is appropriate for Christians is an interesting discussion in itself. Still, as I said, a significant stream of EC thinking objects to the “engineering” view of biology and appears to find common cause with the Aristotelian holism of those like Feser. But I would suggest this raises a problem (as does much cutting edge science) which is seldom fully appreciated, and that is that Darwin’s theory is, at its core, an atomistic theory that doesn’t sit comfortably with such “organic” views of life. To evidence that, I won’t appeal to Aristotle, and still less to the radical holism of the Goethian science on which I’ve been, more or less unsuccessfully, mugging up in the last week or two.

First, consider Darwin’s view of organisms as, in essence, a galaxy of disparate traits, each varying randomly and infinitesimally like the corpuscles of Newtonian science. You’ll remember he even used an equivalent term, “gemmules”, for these traits. So if a trait happens to be advantageous, it will survive by natural selection. Darwin’s livestock analogies echo this reductionist view, the breeder aiming at a longer tail, more milk and so on. When, in the Origin, Darwin speaks of the almost mystical and unconscious aim of breeders for overall “improvement of the breed” (a very Victorian concept!) it’s clear that he has in mind the additive effect of near-invisible individual traits. And so even today, sheep breeders will be looking for combinations of “a long back, broad body, smooth gait” and so on, when they haven’t gone hi-tech and selected individual genes from a database.

This is what makes the standard example of the evolution of the eye plausible. Evolution favours a light-gathering organ developing from a light sensitive patch into a miniature camera (which reminds me of an old photographers’ joke that if Leica had designed the human eye they’d have done a better job, but we’d still be waiting for the first production model).

Now the holistic, or even the systems, view of life, remember, is that the organism is a whole entity that cannot be reduced to a collection of cameras and other machines in an engineering sense. In the end it’s the philosophical view opposite to atomism, but that’s not to say it lacks hard evidence, and I want to mention a couple of strands in general terms.

A partial rendering of the Arabidopsis whole-genome network. The illustrated network represents a union of all the shortest paths between each pair of the top 5% of the hubs in the whole-genome network [Nucl. Acids Res. (2012) doi: 10.1093/nar/gks904 First published online: October 4, 2012]

The first is the level of interconnectedness now being found at the molecular level. Gemmules, we know, were eventually replaced with similarly corpuscular, and even “selfish”, genes corresponding to individual traits. This specificity of course has been largely swept away by the discovery of multiple levels of control networks, epigenetic mechanisms, pervasive alternative splicing and so on. The hope that the Human Genome Project would provide simple and therapeutically useful correlations between genes and disease has proved abortive. The “gene for cancer” is as elusive as “the gene for religion”, since even discounting the non-genetic, traits are mediated by entire networks of genes that are also involved in completely disparate systems. Thus, as I’ve mentioned elsewhere, almost all causes of the the “simple” trait of an extra cervical vertebra are associated with life-threatening multi-system abnormalities.

Recent attempts to accommodate these discoveries within the Darwinian paradigm, and even thereby to support the latter, involve terms like “robustness” and “redundancy”. This broadly means that such complex systems may increase the stability of the organism, so that individual mutations don’t cause meltdown. They are also said, presto changeo, to enhance somehow the evolvability of organisms so that undirected changes follow some directional trajectory. As far as I can see, though, complex systems are just as liable to be chaotic as stable – alter one component, and hundreds of deleterious effects occur. This, after all, is the experience of physicians dealing with any genetic syndrome whatsoever.

So robustness would seem to require some overall organising principle: redundancy is one of the most sophisticated features of human design, and seldom arises by chance. Even the survival of Apollo 13 through cannibalising components required the best brains at home and on board, plus a large measure of providential luck. Foresight would have been better, but Darwinian evolution has less of that than even NASA engineers.

Systems biologists are those most committed to integrating the prevalent atomistic genetic view into a holistic framework. But it doesn’t sit that easily, not least because the pattern of complexity we see at the molecular level often has scant regard for identifiable systems, other than at the entirely anti-reductionist level of the whole organism: we arrive back at Goethe or Aristotle once we find that everything in an organism affects everything else.

My second approach is to consider organisms, as entities, functionally. When one does this, the idea of individual and largely independent “traits” becomes a lot more difficult to sustain as a meaningful concept. Consider the atomistic idea that “the eye evolved”: light-sensitive pits -> evolutionary advantage -> gradually increasing complexity -> done and dusted, with even a reversed retina to show the sub-optimality of the process, or the response to a single photon to show its optimality, depending on ones rhetorical need at the time!).

That’s actually a very different concept from “this animal evolved sight”. Even at the visual level this second viewpoint poses more problems of sheer complexity – the “firmware” of the eye itself that detects and encodes boundaries, motion and other things, the dedication of the visual cortex and the organisation thereof for stereoscopic vision, and so on. There are also non-visual core physiological activities that depend on sight, such as the management of circadian rhythms,  navigation systems etc.

Then again, consider how vision is integrated into the whole lifestyle, and therefore morphology, of a species. To say “as blind as a bat” is to make an error: the insectivorous bats are entirely designed around non-visual life. That, of course, is completely different from us, which is why Thomas Nagel used bats in his study of the irreducibility of consciousness.

We walk upright, probably, for largely visual reasons. If we hear a noise, we turn to see what it is. Just as if we smell something bad in a cupboard, we look for the offending item. We pursue our prey, and our life-partners, largely by sight. Our social interactions depend on expressions, gestures and postures of our whole bodies, all secondary to the vision that alone can detect them. We think and dream visually.

As I pointed out in a recent piece on music it’s largely visual input that, interacting with our minds, builds the very concepts that provide meaning to daily life (chairs, trees, men) and our scientific theories too: what sense do “particles” and “waves” have apart from having seen billiard balls or the sea in motion? More fundamental still is the “theory of mind” that enables infants to differentiate themselves from the world and become human, starting from their pre-programmed reaction to their mother’s face and unfolding through sight of others like themselves.

In short, the whole human organism is designed and/or evolved around being a visual entity – and we can multiply that to encompass the interdependence of each and every trait we have. Even the humble trilobite was globally organised around seeing. 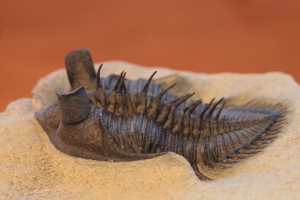 One might, perhaps, point out that some people are born blind, and yet live fulfilled lives. And the plasticity of even non-human organisms to sensory impairment is indeed wonderful. But remember also that humans are formed, as rational beings, from their social setting, which is invariably a seeing environment. Parents, communities and professions all compensate for the loss of vision of one member by teaching them braille, getting over the concept that a dog might lead them, and so on. I don’t know how much the congenitally blind can comprehend seeing, but it is the practical imagination of it that enables them to be normal members of the race.

Now, almost any theory can be tweaked to accommodate new information. One can realise that separating out evolutionary traits as fully independent entities – as gemmule-centred and gene-centred Darwinism certainly has historically – is unrealistic. One can patiently undertake to tease out each train of cause and effect, with its feedback loops and ascending and descending levels of organisation, with the eventual aim of fitting them all back together again without too many loose screws left over. But Darwin’s kind of atomistic theory doesn’t easily lend itself to the effort, especially in the case where “everything causes everything else”.

Remember that in physics the process of abstraction was aimed at the simple mathematical reality of the “laws” lying behind the observed world, whose colours, sounds, consciousness and beliefs are all, in the end, illusory epiphenomena of truth. The problem in biology is harder, because its study is “life”, not “simple abstracted reality”, and it is unsatisfactory to conclude that the life you’re studying is an illusion. Life itself must be understood, and the life of, say, a human being is the totality of the human being: remove his eyes for study, and they die, and certainly don’t reproduce or evolve.

I suspect these considerations will guarantee that, in real life, most ECists, like most IDists, will continue to hold an engineering view of life whilst they retain the Darwinian mindset. The blind watchmaker is unlikely to do a course on Aristotle any time soon. 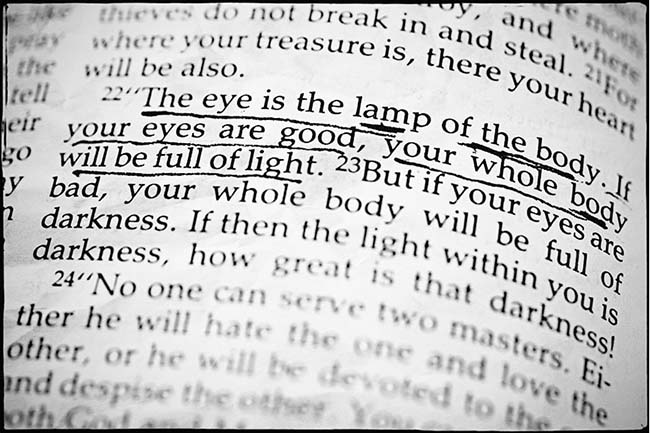 7 Responses to The organic and the atomistic