A brief history of chance

Somebody at BioLogos, following a common line, recently expressed hesitation about whether God intended the particular life forms that we have, and based this on what he said was the long-argued question of free-will versus determinism. The idea was that God, by allowing true (ontological) randomness in evolution, was in some way casting his vote for free-will rather than determinism.

Actually, the guy in question later back-tracked on the “free-will” idea, and all power to his elbow on that. But every year or so I feel the need to reiterate its irrationality, because it is so common, and every time I do so at BioLogos, the line goes strangely silent apart from heavy breathing: nobody is actually willing to defend it against the charge that it is incoherent. That probably means that it is incoherent, in my book. But it doesn’t stop its supporters randomly happening to hold the view.

Whether this is old ground, or partly new, I’ll review here how the idea of “chance” has evolved over time, remind us how it is properly seen by science, and how it has surreptitiously now taken on the Epicurean idea of “indeterminacy”. After that I’ll attempt briefly to clarify free will. 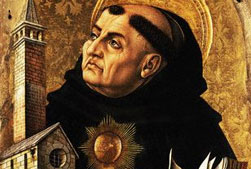 First let’s understand how philosophers like Aquinas saw chance, and why they insisted that it was a reality, but under the control of divine providence. To Thomas, “creation” entails the directing of all things towards the good ends God intends for them. This direction is called “providence”, and chance is included, necessarily, within it. Incidentally it applies in Thomistic thinking even to human choices, in their genuine freedom. Nothing in creation is exempt from directing providence.

In the absence of any real concept of mathematical probability, Aquinas’s use of “chance” is pretty colloquial – it concerns things that chance to happen, more or less unexpectedly. His most notable example tells us a lot: he describes a servant meeting a fellow servant in a market “by chance”, unaware that his master has directed the second servant there as well without telling either about the other. Once we understand the idea of all things being directed “towards the good” by God, this example covers every case.

For example, two independent natural objects, following their God-given natures, might accidentally collide. A whale might be beached by a storm – or consider (in later scientific terms) an asteroid and the earth colliding as a result of the laws of motion they both obey.

Or take the biblical example of the soldier “drawing his bow at a venture” and nailing King Ahab: the soldier is following his physical nature and his nature as a free rational agent in firing his arrow: Ahab likewise is doing so in wandering around a battlefield. The intersection of the two is “chance”, but even apart from the providential justice and divine foreordination of the outcome, the natural causes are determined by God’s creation ordinances regarding the capacities of human beings (and of bows, arrows and body-armour, of course).

In other words, to Aquinas chance is, by its very nature, “epistemological randomness”: God’s purposes, at all levels, are worked out through it, but they are unknown to the creatures involved, this ignorance being what makes them “chance”.

The development of probability theory, considering dice throws and so on mathematically, began around the sixteenth century, but rapidly developed from there via Blaise Pascal and Pierre de Fermat, as we all know, to the study of statistics. The upshot of that was that, in science, individually unpredictable events became mathematically tractable. In effect, if one can find a probability distribution, the extent of ones epistemological uncertainty shrinks. The domain of chance is diminished. You understand a little more, in Thomistic parlance, of the natures God has given to the things involved, and therefore what odds to put on their colliding. But nothing has changed regarding God’s determination of them to those particular ends in the first place. 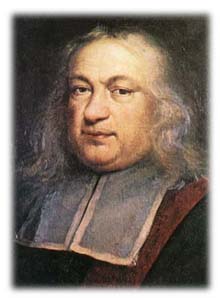 Now, that situation is not even changed in the limiting case of quantum events, where most interpretations of the theory deny that there are efficient material causes for the individual events. But the fact that probability predictions are eminently possible for them confirms that, just like a dice throw, quantum objects are indeed being directed towards their ends, whether that be by the created natures of the objects, or by some kind of supernatural guidance. In either case, they are evidently determined, and their randomness is merely epistemological.

The same ought to be true of all events in evolution, which are, as far as scientific causes go, the result of the same God given laws (or “natures”, if you are a Thomist) which God has created. In principle they are directed towards the good that God intends for them, which being governed by his providence, must include everything about them. However, somewhere along the way, biology seems to have had its scientific, statistical view of chance polluted by the old Epicurean idea of “indeterminacy”; that events are not guided by God, but “just happen”. Wolfgang Pauli (well acquainted with randomness in the field of quantum mechanics, of course) complained about this habit of biologists in the 1950s:

Treating the empirical time scale of the evolution theoretically as infinity they have then an easy game, apparently to avoid the concept of purposesiveness. While they pretend to stay in this way completely ‘scientific’ and ‘rational,’ they become actually very irrational, particularly because they use the word ‘chance’, not any longer combined with estimations of a mathematically defined probability, in its application to very rare single events more or less synonymous with the old word ‘miracle.’ 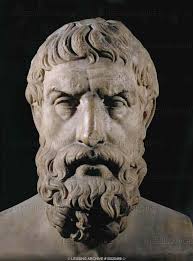 Now, it is this scientifically-corrupted concept of chance that the “free process” theistic evolutionists have theologised, in effect applying the idea of the world that was historically the most opposed to theism and science (Epicureanism) to God himself, and making a divine virtue of it in the name of “free-will”. It does not arise from science, nor from theology, but somehow within theistic evolution seems to get a free pass for both.

I have, many times, pointed out that this is in reality nothing to do with “freedom” or “autonomy” at all, but with coercion by mere chaos. “Free will” is actually the handmaiden of determinism, for to choose is nothing more or less than to determine. Everything in the universe is determined – simply because, if we are realists, certain things happen and certain things don’t, and that because of specific causes. The issue of “free will” is simply about who does the determining: whether it is only God, the First Cause, through his “laws” and contingent acts, or whether other wills have some powers of determination in tandem with, or perhaps opposed to, God’s power to determine.

If it should be that there are some things that happen without a determining will, ie things that are “ontologically random”, then they are opposed to all acts of free-will, not governed by providence, not directed towards any good purposes of God, nor of man, nor of angels, nor of the natural world. They are chaotic causes (though actually uncaused effects) as fundamental as God himself, and not subject to him. Or that is the case if they are not, instead, merely an incoherent concept, for like Dawkins’s “design without a designer”, they are “causeless causes”.

Another way to consider this is that all free-will must entail firstly desire, and secondly some capacity to determine events in keeping with that desire. Even in the case of a captive man who, despite his bonds, exercises his free-will mentally, he controls his own physical and mental state through his conscious desires. But randomness can have no desire, and so can it have nothing to do with free-will. And it’s only the pan-psychist who can argue that inanimate molecules, or processes like “evolution”, or a quasi-personal “Nature” can have desires which can be translated into determinations of events – or freedoms which, in some way and for some nebulous reason, God is obliged to respect.

Over at BioLogos (again) Bethany Sollereder has done a piece talking about the “choices” that non-human animals make and which contribute to creation. I see no objection to that in principle, for it is only one form of God’s working through secondary causes. But, given the apparent propensity of TEs to wish to see free-will everywhere, it’s important to be sober about the very exceptional capacities and responsibilities of human beings. It’s partly that, theologically, we alone are created in God’s image, and accountable for sin. But it’s also the much more mundane observation that we alone of biological creatures make significant choices that can unequivocally be discussed under the heading “free will”.

To what extent such choices are shared by advanced species like elephants, apes or dolphins is disputible. But there really ought to be no dispute that a man has more freedom than a worm – and that capacity has been hard won through billions of years of evolution, speaking scientifically, and by being God’s designated vice-regents on earth, in the theological account. If all the worms in the world were laid end to end they wouldn’t add up to a single free-will, and all the bacteria that have ever existed could not muster one determining choice between them.

Free-will is an exceptional privilege – with the sobering corollary that sin is a dreadful aberration. And I hesitate to use the term “co-creators” even of humans, for “It is he that hath made us, and not we ourselves.” We found ourselves in God’s world, and give thanks to him for everything in it: and if that is true for us, it is even more so for the creatures whose thanks consists only of obeying their God-given natures. “Choice” outside the realm of living creatures has no meaning whatsoever – for molecules have no desires, and make no determinations. “Choice” amongst living creatures is still a very limited category of events.

Jimi Hendrix wrote that he was “stone free”:

The song is OK if you recognise the proverbial metaphor underlying it, that a rolling stone gathers no moss. But if you really suppose that stones, or genes, are free – or worse still, you want to emulate their freedom – then you need to return to Aquinas, and Blaise Pascal, and Wolfgang Pauli for some basic instruction on chance.

14 Responses to A brief history of chance