Reparations for the Norman Conquest, etc

Whilst I was researching my “Empires” piece, I glanced at an article which mentioned a study that had shown that, on average, English families with surnames derived from the French language have more wealth than those with surnames of Anglo-Saxon origin.

I can’t find the source now, but I think it suggested something about the hereditary skills and vigour of immigrant French folk as a cause. There might have been some partial truth in this originally, in that the waves of French immigrants included the Huguenots, who made their way over here by their business skills and Protestant work ethic. 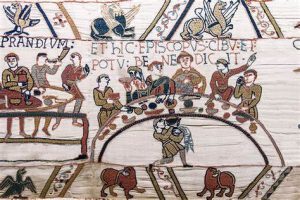 But the reality is less noble: England was conquered by the Norman barons in 1066, and the decent lands were largely divided up between them as war booty, with further landholdings given to subsequent generations of French nobles until the continental links began to break a couple of centuries later. Because our legal and financial systems have more or less survived a millennium of political kerfuffle since, it’s the case that the same Norman families still inherit large tracts of land and stately homes. Consequently those Norman names are still overly represented amongst our Establishment institutions.

Now, I have no immediate dog in this fight, having an Irish surname. But ones instinctive reaction is that a profound racial injustice has been perpetutated for nearly a thousand years, and that some kind of redistribution of wealth must be in order. Why should one caste of invader, albeit one that has been here since 1066, maintain an economic advantage over the previous Viking and Saxon invaders who have been here several centuries longer? Not to mention the previous wave of iron-age Celtic invaders. It seems the earlier Bronze Age invaders more or less wiped out the aboriginal Neolithic population, so they’re out of consideration anyway. No, it’s the thieving Normans we still have to reckon with.

In other words, is there not a case for reparations to the institutionally disadvantaged Anglo-Saxons?

But hold on a second: things are not quite as they seem. In the first place, consider genealogical science. The Normans have never been a caste, but part of the English population that has intermarried freely from the beginning. To quote the introduction to my (hopefully) forthcoming book:

With maybe forty generations separating us from the Norman Conquest, each of us has around a trillion ancestors from that time. Or to put it another way, there are unlikely to be any Norman barons who have left any descendants at all, from whom each and every Englishman is not descended. So should my medical partner, with the Norman name “Bulkeley,” really have to pay reparation to my Saxon partner  named “Gibson,” when they probably have exactly the same number of Norman ancestors?

Correspondingly it is unlikely that any modern landed Norman isn’t also a descendant of every Saxon serf, and even every Saxon earl, so that the wealth is pretty evenly distributed around the gene pool of 1066. Indeed, one of my family names is “Goodwin,” from the Saxon earls of Wessex under the Viking King Cnut.

So what is the difference that accounts for the persistence of Norman wealth? Essentially it’s two things: positively it’s the inheritance of the name, which loosely (because of illegitimacy) corresponds to the inheritance of the Y-chromosome. And negatively, it’s the legal apparatus of primogeniture, by which the vast majority of descendants of the barons have not inherited their wealth. Only one particular, legally recognized, line has done so – just as there are a trillion descendants of William I, but only one Queen Elizabeth II. 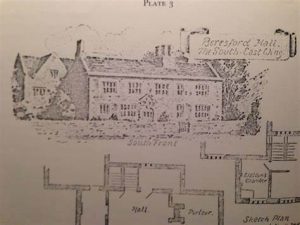 I myself am an example of this non-inheritance principle, once one discounts my Irish O Gairbhin Y-chromosome. My maternal grandfather’s name was Beresford, a name from minor Saxon aristocracy, actually, but still making the point. The original family held lands in Beresford Dale in the Peak District. But only one family could inherit the estate, such as it was. So although my great-grandfather William Beresford was actually born within spitting distance of the country seat, he was a penniless peasant, essentially, who moved to Salford and became a lowly carter, living in a street nicknamed “Tealeaf Alley”. He was no more an example of landed gentry than my partner Dr Bulkeley with the Norman surname. I’ve known a few Beresfords, none of them with hereditary aristocratic wealth. 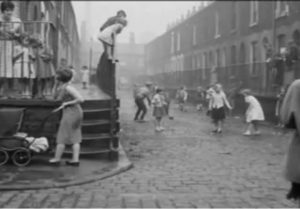 So what should we do about the measurable wealth advantage of those with Norman surnames? In itself, I suggest, nothing, because it’s not a particularly significant correlation, and because inherited advantage is just an unavoidable fact of life.

As it happens, I inherited a couple of nice saxophones from my parents, but very little else of financial value. However, I did inherit some genes which have served me pretty well. And I also inherited some less easily defined “traditions” of family lore, such as a vague sense of being able to master mechanical problems because my paternal line was very much one of artisans, an ethic that you can only achieve anything through hard work, and a connection to non-Conformist Evangelicalism through my mother’s side. And, of course, I was born where the political system and the local situation gave the opportunity for clean air, good education and so on.

None of those things are directly transferable. None of them, as far as I can see, are capable of restitution to those who lacked them – except through the exercise of my advantages, to the best of my ability, for the common good. That, as far as I can see, is the line taken by that Arch-Norman, Her Majesty the Queen, in a lifetime of service in the role she considers God gave her. In that role she has been much more useful, in my view, than would be the case by abolishing the monarchy, distributing the royal coffers to those with Saxon (or Middle-Eastern) names, and consigning her to a care-home and her children to factory work.

No, what one does is simply to recognise two moral imperatives in law, held in balance. The first imperative is that it’s only fair that what you gain by fair means in life should benefit your children. It seems only reasonable for my father to know that his saxophones will be available for me to play rather than liquidated into the tax pool.

The second imperative is that some redistribution of wealth is both good and necessary, because of the viscissitudes of life, some of which affect people unduly. The Mosaic Law had its innovative Jubilee Year for that purpose. Christian ethics, like Jewish ones, include giving from one’s wealth to the poor. Civilized nations do it by taxation.

And so I pay income tax, and because I’ve done pretty well out of the “system,” will pay inheritance tax rather than handing on my total estate to the kids. All decent countries balance those two, and it works out as well as most things do in an imperfect world. 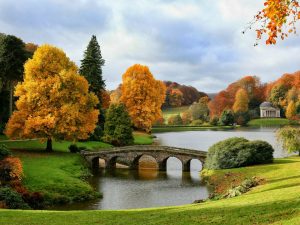 When country houses became unsustainable owing to the decline of the aristocracy, and massive death duties, in the twentieth century, it soon became obvious that it was to nobody’s advantage that the cultural heritage be lost, even in cases where those houses were built on the profits from slavery (or court skulduggery, or Norman rapine, or industrial expolitation). Many landowners gave their estates to bodies like the National Trust (funded by the subscriptions and entrance fees of ordinary people), or in some cases retained ownership (and hence long and venerable family tradition), but opened up their piles and estates to public use.

Perhaps in the New Creation everyone will have the same inheritance (though I’m not certain – I for one would not baulk at St Paul or Mother Theresa having a more magnificent mansion than my own half-hearted efforts warrant). But as it is, what we have seems a pretty reasonable compromise, even if the Duke of Norfolk gets a seat in the House of Lords and I don’t.

After all, I don’t have to wear ladies’ tights and Sgt Pepper outfits at formal occasions like he does. 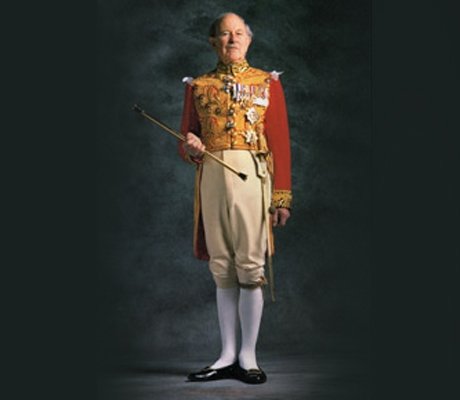