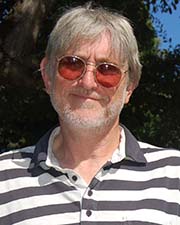 Jon retired as the senior partner of a large medical practice in 2008, and has since been studying and writing on faith-science issues. He started The Hump of the Camel in 2011 at the instigation of various other commenters on the BioLogos website. His greatest concern is biblical theology, but he sees his role as a generalist, pulling together ideas from a wide range of fields of human knowledge to enrich the discussion. This means he has to be pulled up on errors from time to time by more knowledgeable friends, which is all to the good.

When not involved in The Hump, his main activity is writing, arranging and performing music for a number of ensembles, playing saxophones and guitars. He is also an elder of a Baptist church. 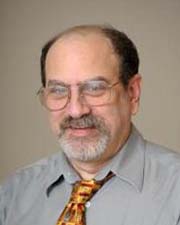 Dr Sy Garte earned his Ph.D. in biochemistry from the City University of New York, where he also holds a bachelor’s of science degree in chemistry. In addition to publishing more than 200 scientific publications in genetics, epidemiology, the environment and other areas, Dr. Garte is the author of Where We Stand: A Surprising Look at the Real State of Our Planet (Amacom) and Genetic Susceptibility to Environmental Carcinogenesis (Kluwer) and is co-editor of Molecular Epidemiology of Chronic Diseases (Wiley). He has been a Professor of Public Health and Environmental Health Sciences at New York University, UMDNJ, and the University of Pittsburgh. He currently works as a science administrator.

Sy was born and raised in a militant atheist household, and came to Christ later in life, roughly a decade ago. 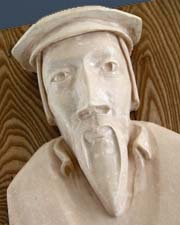 James is from an Anglican background; more broadly, he considers himself part of the Reformed tradition. He has a special interest in the history of ideas, including the interactions between faith and science. Augustine, Calvin, and B.B.Warfield figure among his spiritual and intellectual heroes. When resting from theology, he is known to relax by reading such authors as Lord Dunsany, Arthur Machen, and Isaac Asimov. 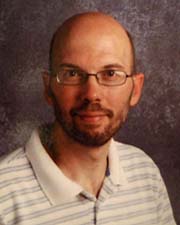 Merv has been a teacher at Flint Hills Christian School since 1993 and has also been active with his family in Manhattan Mennonite Church. Science and faith issues have long held his interest both personally and professionally, and he is passionate about cultivating a more robust intellect among the wider Christian community in the service of Christ. He sees himself as a beneficiary of those who have labored as students of all of God’s truth found in both Scriptures and creation. And as such a student he has occasional insights to exchange with others on the same journey.

He grew up in a rural Mennonite home, has adhered to and grown in his life-long Anabaptist faith, and has a passion for bicycling, canoing, and living with creation-care in mind.

A few among the many authors/works he has enjoyed or been deeply influenced by: Wendel Berry, C.S. Lewis, G.K. Chesterton, Philip Gulley, Douglas Adams, Jared Diamond, Shane Claiborne, J.R.R. Tolkien, and of course, my textbook for life: the Scriptures themselves.

Edward Robinson (Eddie) started his university career on a science scholarship, but ended up as a philosopher/theologian researching the relationship between religion and natural science.  He has published several books and articles on religion/science topics in both mainstream academic outlets and denominational and popular periodicals.  He has also taught courses in various departments in several universities.

A major focus of Eddie’s thought is the secularization of Christian thought over the past two centuries.  He wonders why Christians today have become so supine before modern trends of thought.  Another major focus is the harmonization of “theistic evolution” and “intelligent design”.  In the current American setting, TEs and IDers are at each other’s throats, partisans in a destructive culture war.  Eddie believes that this is neither desirable nor inevitable, and that the ideas of design and evolution can be synthesized.  This, however, requires cross-disciplinary thinking – a linking of biology, information theory, engineering, and philosophy – that many biologists resist.  Eddie’s project thus often runs afoul of the professional commitments of biologists, but this does not particularly bother him.