At the back of our house we have a one and a half acre meadow on a steep slope. I went out this week to rake out some mole hills before they harden – it makes the mowing easier in the spring. I was surprised to find that one of the pretty roe deer that frequently emerge from the woods to browse there had decided to die – and only a short time before, too, as it was still warm. 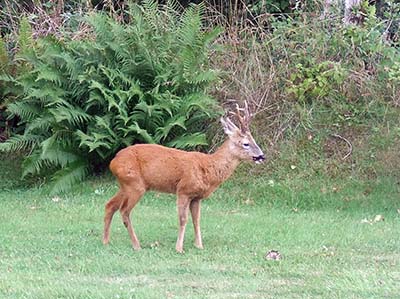 We feel privileged that the deer deign to treat our home as theirs, often with young in tow, and on one occasion last year featuring a rather spectacular rutting contest between two bucks whilst my wife was actually out there. She had to shoo them away from the electric fence in case they got tangled up. So it was a little sad to have a death, but I guess not really surprising in midwinter, relatively warm though it is.

Not wishing to leave the carcase to decompose in our back-yard I dragged it off into the woods where, no doubt, it will provide welcome winter fare to foxes and the whole sylvian food-chain. That was the closest I’ve actually got to a wild deer, enabling me to conduct a brief external autopsy, of the kind I used to do on humans as a police surgeon at the scene of the crime. No signs of violence, which was a relief, as someone was firing a shotgun off all morning not far off. There was one well-fed tick on the back leg (there would have been many more in summer – I couldn’t help musing that the tick was condemned by the death of the deer). The doe (a deer, a female deer…) had quite a lot of mucoid secretions round her nose and mouth, and was not that well-nourished, making the likely C.o.D. respiratory infection or, possibly, starvation.

Returning from my disposal-operation, I surprised two young deer near the same spot, and supposed that they’d been orphaned – but they were around with their mother next day, so all seems well on that front. 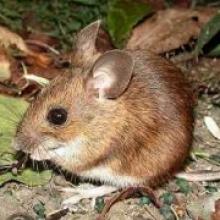 As an aside, I wondered if my deer might have succumbed to Lyme disease (thus getting its revenge on the tick), but it appears from this interesting article that deer don’t actually carry the disease, which the ticks actually get when young from feeding on infected rodents. That seems to justify my catching a wood-mouse in our loft the same morning – a parallel death not as totally divorced from this tale as I had assumed!

According to one source, deer have a complex role in Lyme disease:

Comments Stella Huyshe-Shires, chair of Lyme Disease Action, “The role of deer is twofold: they spread the ticks, but they kill off the bacteria. Overall, we don’t know whether their net effect on Lyme disease is good or bad; nature has a habit of being complicated.”

Well, that’s true – nature is complicated. But is also has a reputation, amongst both Evolutionary Creationists and the Young Earth sort, for being cruel, which is one reason I wrote my e-book on the goodness of the natural creation, as a challenge to that view. 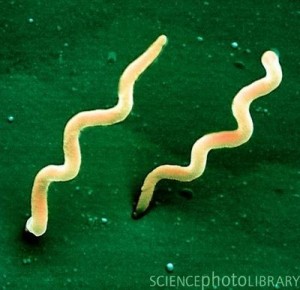 The YECs attribute all death, disease, predation and probably the very existence of ticks and Borrelia bacteria (unless they both once chewed green plants!) to the Fall of man. The common position I’ve critiqued amongst ECs, derived from the idea of nature’s “autonomy”, is that it was nature itself that fell from the start, developing like a Platonic Demiurge an evolutionary system based, it is claimed, on mutual destruction and self-promotion. This view has turned up regularly at BioLogos in the past (Darrel Falk, for example, denying any role for God in the intricacies of viral infection strategies, or the plague bacillus, or even the cat that plays with a live mouse). 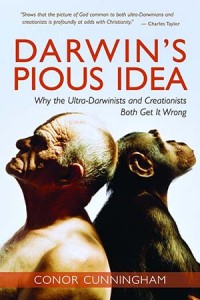 It leads quite frequently to a rewriting of the theology of sin in terms of the evolutionary struggle – George Murphy, for example, sees sin as “selfishness” more or less inevitably produced by our origin in the red-in-tooth-and-claw evolutionary struggle to survive. And so we have an example of doubtful science both feeding off and nourishing unorthodox theology (rather like the complicated deer tick life-cycle, I suppose), and misleading people about nature, God and – of most practical importance – the cause of the estrangement we have from both. The most thorough critique of that view of evolution and faith I know is Darwin’s Pious Idea by Conor Cunningham. 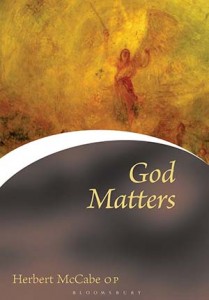 But I’m currently reading God Matters, by the late Herbert McCabe, who was one of those Catholic theologians dealing with the deep issues about God and, specifically, challenging many of the fashionable “improvements” in philosophical theology that, in fact, are superficial and incoherent in comparison with the wisdom of the faith over the centuries. I disagree with him on some things, but I like him a lot for the most part.

One thing McCabe points out is that the kind of things we see in the world – death, suffering, predation and so on – cannot be seen as an unfortunate by-product either of human sin or of nature-gone-bad. They are, instead, inevitable features of the kind of world God made – that is, a world of time, of change and of matter. The logic of such a world is that things can only change to perfect their natures at the expense of damage to other natures – that is the very essence of change.

Water can only bless us because hydrogen and oxygen ceased to be (and oxygen itself, in some distant star, was originally the product of the destruction of hydrogen and helium). A Stradivarius produces beautiful music only because of the destruction of spruce, maple and ebony as living trees. The fruit of “every tree in the garden” was food for Adam and Eve only at the expense of their basic role as seed-bearers for their kind. And the created nature of the lion, as so many of the early theologians recognised, is the glory of the predator, whose very “lion-ness” is achieved by the destruction of the natures of gazelles – yet whose “gazelle-ness”, in turn, involves not only their speed, agility and beauty, but their provision as food for the lion (Ps 104.21).

McCabe, in developing these thoughts, is consciously following a theological trail through Aquinas from Augustine, who wrote:

But it is ridiculous to condemn the faults of beasts and trees, and other such mortal and mutable things as are void of intelligence, sensation, or life, even though these faults should destroy their corruptible nature; for these creatures received, at their Creator’s will, an existence fitting them, by passing away and giving place to others, to secure that lowest form of beauty, the beauty of seasons, which in its own place is a requisite part of this world.

For things earthly were neither to be made equal to things heavenly, nor were they, though inferior, to be quite omitted from the universe. Since, then, in those situations where such things are appropriate, some perish to make way for others that are born in their room, and the less succumb to the greater, and the things that are overcome are transformed into the quality of those that have the mastery, this is the appointed order of things transitory. Of this order the beauty does not strike us, because by our mortal frailty we are so involved in a part of it, that we cannot perceive the whole, in which these fragments that offend us are harmonized with the most accurate fitness and beauty. And therefore, where we are not so well able to perceive the wisdom of the Creator, we are very properly enjoined to believe it, lest in the vanity of human rashness we presume to find any fault with the work of so great an Artificer… Therefore it is not with respect to our convenience or discomfort, but with respect to their own nature, that the creatures are glorifying to their Artificer. Thus even the nature of the eternal fire, penal though it be to the condemned sinners, is most assuredly worthy of praise. 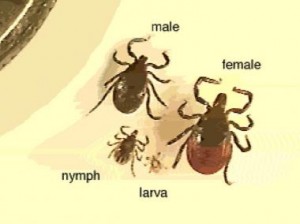 And so my deer achieved the perfection of her nature (and what a perfection of grace and beauty, perpetuated in her fawns!) at the expense of the herbs of my paddock and the bark off some of my trees. She, in turn, sacrificed some of that perfection to the ticks, which in turn shared with the mice whatever cost they paid to the Borrelia bacteria.

The deer finally succumbed, I suppose, to another lowly type of bacteria or virus, but in death will now probably help perfect the natures of the mammalian and avian scavengers which also beautify our environment. At the same time she will also provide for the insects at the base of many food chains, and by her decay pay back the debt she owes to the soil from which her own sustenance came.

All this is to the glory of God – although we may not know why he made the world he did in the first place. And that glory is not lessened by the hope we have that nature, as well as we ourselves, will in the age to come be profoundly bettered, so that we are no longer “physically empowered”, but “spiritually empowered”. It doesn’t yet appear what alterations that will mean to the question of change, entropy and the interdependence of natures we see now. But I’m bound to remind myself to see wonder, rather than squalor, in what God has made for us in this age, including the stories playing out in my own local Eden.

And God saw all that he had made, and it was very good. 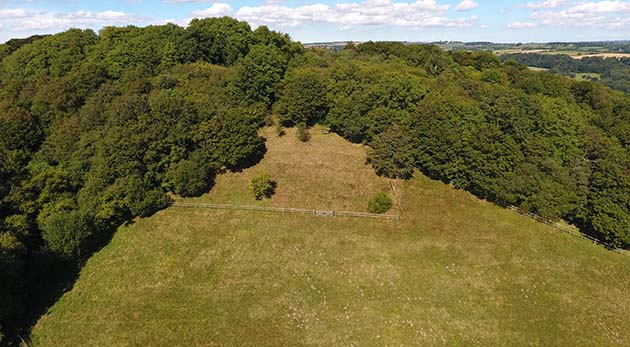