When I recently posted a YouTube clip of the band Devo, it was based on a vague recollection of a hypnotically quirky song attached to a supposedly subversive philosophy not of revolution, but of devolution.

Checking out the back-story, though, I discover that the whole idea was rather ironically purloined from a controversial anti-evolutionist pamphlet-writer of the 1920s, B H Shadduck. The Devo track was, in fact, named for Shadduck’s 1924 pamphlet Jocko-Homo Heavenbound. 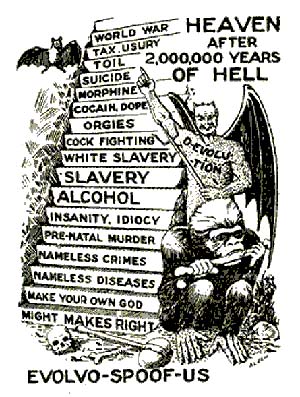 Now, I’m not an apologist for any Young Earth Creationist, and particularly this one, who seems to have been not a little, shall we say, eccentric. To quote what A W Tozer said of William Blake, “He may not have actually had a screw loose, but something was certainly vibrating.” In fact, Creationist biologist Todd Wood advises readers of his blog that if they come across a Shadduck pamphlet they should not only not read it, but keep it out of the reach of children!

Nevertheless, I’m always intrigued by universally condemned writers, as I often find them to be misrepresented when you check them out, and sure enough, a few minutes browsing showed that no less a historian than Ron Numbers had done so by saying he employed his folksy, humorous style because books promoting evolution were too expensive and scholarly for ordinary folks (thus implying a backwoods anti-intellectualism). But in fact, what he wrote was that there had been good arguments made against evolution that were inaccessible because they were too expensive and scholarly – a different position altogether.

That doesn’t make Shadduck’s tracts any less dubious overall, except that I came across one passage in Jock0-Homo that not only appealed to my sense of humour, but also seemed to have some traction as an argument even now:

Thus the evolutionists have made their rules so that they will work three speeds ahead and reverse. If God Almighty was to make outright and forthwith, a new creature of flesh with bone or no bone, red blood, white blood, hot blood, cold blood; rig it out with electric lights, artillery, umbrella and any instrument in the orchestra; they would fence it in with rules and shoo it into their menagerie. Here are some of the rules abbreviated:

1- Be like your ancestors or be different.
2- The fittest shall survive and the unfit may live.
3- Grow big or stay little; either will help you survive or not.
4- That your family may survive, lay a million eggs or give birth to one.
5- Unused organs shall disappear or persist.
6- Rudimentary organs are what you have had or what you will have.
7- Win a mate by combat or not; it will help the family survive, or not.
8- Polygamy will help survival, unless you prefer to mate in pairs.
9- Fight your neighbors or unite with them; one way or the other will help.
10- Wear gaudy colors or avoid display, so shall your family survive.
11- Develop legs, wings, tail, horns, shells or not; they will help, or not.
12- Do everything that in the far future, theorists say you have done.

Now, any biologist’s immediate defensive response would be along the lines that different adaptations to varied environments are predicted by evolution, that it is a narrative theory that cannot be expected to explain exhaustively every particular adaptation, or that in many cases the adaptive advantages of traits can be estimated or modelled. Hick-Creationists like Shadduck just didn’t understand the science.

But the same day I happened to have read in an e-book by Vern Poythress (whose work I’ve been catching up on and whose first PhD was in maths, not theology):

Is Darwinism in trouble? In one sense, no, because Darwinism has become a flexible framework. Is 98 percent of the genome alleged to be nonfunctional? No problem, because it confirms that Darwinian evolution is messy. Is at least 80 percent of it functional? No problem, because it confirms how efficient natural selection, mutations, and DNA rearrangements are in producing superb fitness and complex functionality.

At this point Poythress cites the Nobel Prize winning physicist Robert B. Laughlin:

Most important of all, however, the presence of such corollaries [from mass behavior in solid-state physics] raises the concern that much of present-day biological knowledge is ideological. A

key symptom of ideological thinking is the explanation that has no implications and cannot be tested. I call such logical dead ends antitheories because they have exactly the opposite effect of real theories: they stop thinking rather than stimulate it. Evolution by natural selection, for instance, which Charles Darwin originally conceived as a great theory, has lately come to function more as an anti-theory, called upon to cover up embarrassing experimental shortcomings and legitimize findings that are at best questionable and at worst not even wrong. Your protein defies the laws of mass action? Evolution did it! Your complicated mess of chemical reactions turns into a chicken? Evolution! The human brain works on logical principles no computer can emulate? Evolution is the cause!

In essence, this is the same argument as Shadduck’s: if a theory can explain any finding, it explains nothing. But Poythress is a mathematician and Laughlin a physicist, so of course they do not understand evolution any better than an untrained Bible-basher. But what about this, from Laurence Moran’s Sandwalk blog? It is from the hand of Richard Lewontin, whom some would say is a real biologist, and not only that, but one on the winning side of the adaptationist-neutralist feud within evolutionary science that has boiled and simmered for a couple of decades.

Darwin’s theory of evolution by natural selection in particular is hopelessly metaphysical, according to the rules of etiquette laid down in the Logic of Scientific Inquiry and widely believed in by practicing scientists who bother to think about the problem. The first rule for any scientific hypothesis ought to be that it is at 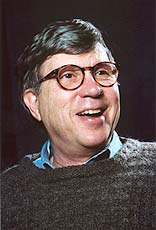 least possible to conceive of an observation that would contradict the theory. For what good is a theory that is guaranteed by its internal logical structure to agree with all conceivable observations, irrespective of the real structure of the world? If scientists are going to use logically unbeatable theories about the world, they might as well give up natural science and take up religion. Yet is that not exactly the situation with regard to Darwinism? The theory of evolution by natural selection states that changes in the inherited characters of species occur, giving rise to differentiation in space and time, because different genetical types leave different numbers of offspring in different environments… Such a theory can never be falsified, for it asserts that some environmental difference created the conditions for natural selection of a new character. It is existentially quantified so that the failure to find the environmental factor proves nothing, except that one has not looked hard enough. Can one really imagine observations about nature that would disprove natural selection as a cause of the difference in bill size? The theory of natural selection is then revealed as metaphysical rather than scientific. Natural selection explains nothing because it explains everything.

So we see the same argument against Darwinian science being employed by the Creationist preacher Shadduck, the self-organisational emergentist physicist Laughlin, and the atheist neutralist Lewontin. However, it is interesting that in his comments, Moran brackets Adaptationists (that is, those who believe that natural selection is the predominant feature of evolution) together with Creationists, even though the rabid Creationist Shadduck and Moran’s own hero Lewontin make exactly the same argument against traditional Darwinism. The reason he does so is intriguing – it is that both Adaptationsts and Creationists see design when they look at nature, the one attributing it to God and the other to the power of natural selection.

There is certainly truth in this – Moran inveighs against Richard Dawkins, who famously said that life consists of things that look designed but aren’t; or in a variation that makes Moran’s point, that they are indeed designed, but by a blind watchmaker. Moran distinguishes his own neutralist position:

We argue against the Intelligent Design Creationists by pointing out that things don’t look at all like design. Dennett and Dawkins, on the other hand, emphasize selection as the mechanism behind the strong appearance of design. Neither of them ever talk about random genetic drift as an alternative mechanism of evolution and they rarely place any emphasis at all on the things that don’t look designed.

He talks about the work that population geneticists and so on have done directly on the actual mechanisms of evolution in operation, over many years, and how these are marked by tinkering, blunder, junk-DNA and jerry-building.

Richard Dawkins and Michael Behe, on the other hand, will alike see creatures wonderfully suited to their roles (two current examples from the British live nature programme, Springwatch: the barbules on owls’ wing-feathers that allow silent flight; and the conical structures that allow peregrine falcons to breathe when stooping at 200mph, copied by the designers of fast jets). It seems to depend on whether you take note of the results, or of the processes which, the theory tells you, are the causes of the results – though nobody much seems to care that the profound mismatch between the two casts considerable doubt on the explanatory adequacy of the mechanisms.

But Moran puts the matter most clearly – and I think correctly – when he says:

Do you realise what this means? It means that the way you see evolution – regardless of whether you are an evolutionary biologist, a physicist, a mathematician or a religious pamphleteer – depends at root not on evidence, nor on being science-savvy, but on a worldview question: “Am I predisposed not to see design, or to see design in nature?”

Larry Moran appears to be in fundamental agreement with Doug Axe on that. It raises one other perplexing matter; the question of where those worldview commitments come from. Axe sees the design intuition as the default human position, and I think history overall bears him out.

More specifically, it seems to me self-evident that a belief in the Creator-God of the Bible (which is an essential of any Christian faith of whatever flavour) entails a commitment to believing in his purpose and design in what he has created, and would make such design at least as visible as it is to Richard Dawkins. It would logically be axiomatic to ones worldview, just as Moran’s atheism and socialism pretty much guarantees that he will see only random mechanisms and botched outcomes. “Perception is theory laden” – and a commitment to Christ is more than a mere theory.

But in that case, why are there theistic evolutionists who argue vehemently for random mechanisms and lack of design in nature? Where did that worldview come from? I suspect both Moran and Shadduck would consider it can’t decide which way it is facing. 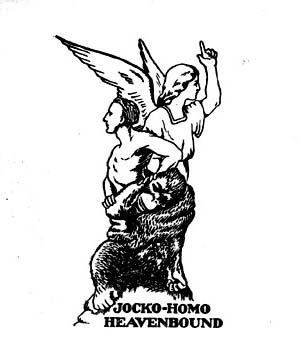 6 Responses to Biological adaptation – a question of worldview, apparently