What the Bible should have said #13

As he was setting out on a journey, a man ran up to him and knelt before him, and asked him, “Good Teacher, what shall I do to inherit eternal life?”

And Jesus said to him, “Why do you call Me good? ‘Good’ and ‘evil’ are binary stereotypes that are innately exploitative. You know the commandments: ‘Do not commit microaggression,’ ‘Do not be queerphobic,’ ‘Do not appropriate your neighbour’s culture,’ ‘Do not body-shame,’ ‘Reject patriarchal domination systems,’ and ‘You shall not suffer a cis-normative to speak.’”

And he said to Him, “Teacher, actually I don’t remember any of those commandments.”

Looking at him, Jesus recognised his unearned straight white privilege and said to him, “One thing you lack: you have no connection with any recognised category of oppressed minority. Go and sell all you possess and die, fascist.” But at these words he was saddened, and he went away grieving, for he was one who owned much property. More significantly, he hadn’t understood a word of what the Lord had said, not having read any French Marxist philosophers.

And Jesus, looking around, said to His disciples, “No way am I going to mess up the diversity mix in my safe space with entitled douchebags like that.” But most of the disciples didn’t hear him, because they were still chanting “Bigot! Bigot! Bigot!” at the man’s back.

Yet Peter was astonished and said to him, “Then who can be saved?” Looking at him, Jesus said, “It’s not about bourgeois collusions like ‘being saved’. It’s about interrogating and eradicating power hierarchies.” 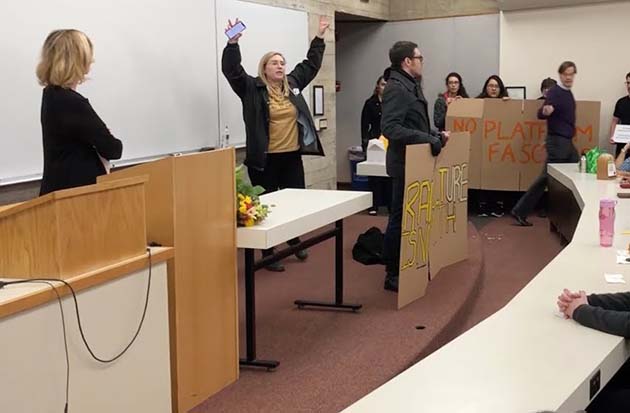 1 Response to What the Bible should have said #13