Those magnificent beasts in their flying machines 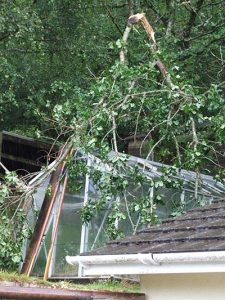 Pretty rough weather here over the weekend. 40mph winds the night before last, together with torrential rain, all strong enough to break a thick branch on the oak tree immediately over our glass-house.

Providentially, the two pieces sagged either side of the edifice, sparing all the glass.It also ended up resting on, but not breaking, our rotary clothes line, and sparing the hammock.

It must have been that which woke me up thinking somebody was up early banging toys around.

I’ll have to get the tree surgeons over to sort it out permanently, rather than clambering out along the bough with a handsaw myself and, no doubt, falling through the glass roof.

During the following day it was still blowing hard enough to break another limb on the same tree, so now three are dangling precariously. We ventured out during the sunny periods, which were actually very invigorating together with the stong wind, but stayed inside most of the time.

The day before I had showed two of my small granddaughters the third brood of swallows to be raised in our stable this year. They were on the point of fledging and so quite visible. One of the adults obliged by arriving to feed them whilst the kids stood on a stool to watch.

So there we were yesterday looking out at all the trees bending in the gale, when we noticed our normal pair of swallows supplemented by several more, wheeling around the sky in the 40mph wind. Swept over the hill by the tumult they somehow seemed to have the power to get back to base, and then ride the wind back to the stable, turning on a sixpence at high speed to get in the doorway.

I’ve heard it said (and I’ve repeated) that “swallows’ wings work straight out of the box,” but to take your very first flight in a Force 7 or 8, and apparently to relish it, is something else. They’ll have clocked up plenty of useful hours when the time comes to set off for South Africa in a month or two. 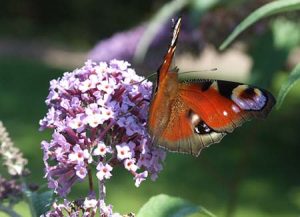 It wasn’t just the swallows failing to cancel their flights, though. Thinking to look at our Buddleia bush, which was planted largely to attract butterflies at this time of year, I saw that these tiny and fragile creatures were gathered in their normal numbers to feed from its nectar as if it were a flat calm. All the usual suspects were represented: red admirals, painted ladies, silver-washed fritillaries, peacocks, a large white and probably more – it was too windy for me to stay out long to check them all out. 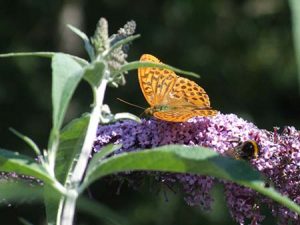 Our chickens don’t fly at the best of times, but even they seemed to enjoy the risk of being blown into the woods to sheltering out of the wind – they ended up looking like punk-rockers. But as I fed them, I noticed a large golden-ringed dragonfly hunting on the wind as usual. And the tiny blue-tits were flying up to the newly-broken bough of my oak tree to see what tasty insects might have been revealed.

In short, the whole of the winged animal kingdom seemed to be ignoring the Met Office’s advice to avoid travel. And there’s no deep lesson I can think of in that except, “Good for them!” 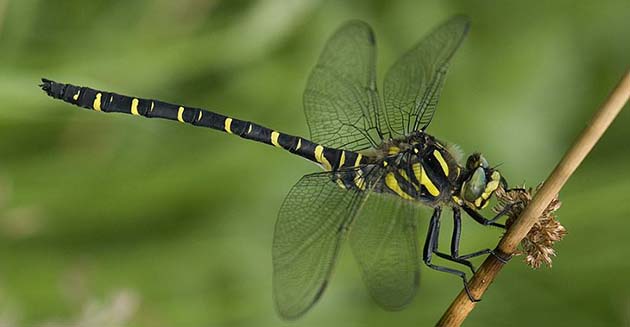