The Incredible Hulk – a view from the 21st century

I find it fascinating how popular fiction unconsciously picks up the tenor of the times. The Incredible Hulk, though first appearing in 1962 and based, its creators say, on Frankenstein, Dr Jekyll and the Jewish Golem myth, embodies some popular science as well. In particular, as a textbook case of the cliché of “scientist transformed in laboratory accident,” he embodies the hopeful monster hypothesis of Richard Goldschmidt’s 1940 book. This in turn reflected the early optimism of the modern synthesis about the role of newly-discovered mutations in long-term evolution. But in fact it’s an anachronism – modern science explains the Hulk far better. 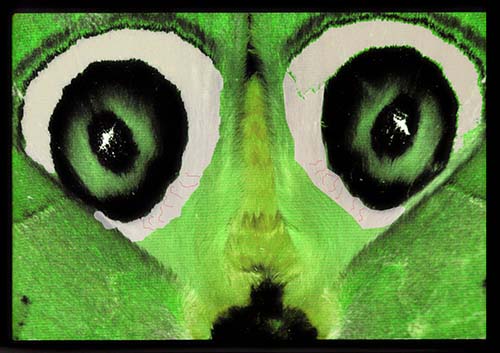 In the story, Scientist Bruce Banner is hit with a gamma blast to become the Hulk, reflecting the fact that when ionising radiation was found to cause genetic mutations, this was hailed as the obvious mechanism for replenishment of the gene pool in Darwinian evolution.

A huge (and expensive) program of mutation experiments was undertaken both to confirm the evolutionary role, and practically, to provide useful improvements to crops and livestock. But radiation was soon found invariably to cause deleterious or fatal mutations in animals, and as Wolf-Ekkehard Lönnig  describes in this paper, after much effort and expenditure almost no useful improvements were found, and the work was abandoned. Indeed, there was a tendency for the same mutations to recur repeatedly.

This is now comprehensible in the light of what is now known about such mutations being caused not directly by radiation damage, but as a specific, if desperate, stress response to damage by the organism, as described by James Shapiro in Evolution – a View from the 21st Century.

So the science of The Hulk is just the wishful thinking of mid-twentieth century biology. We have the intriguing situation where random mutation is considered the main innovator in evolutionary theory, whereas in practical breeding programmes it has little or no role. Banner would have died of leukaemia or something decades ago, and never turned green and mean at all.

There are, however, processes becoming clearer to science within the epigenetic realm that are remarkably similar to the comic-book hero’s case. This rather light journalistic article (good news to the less scientific reader!) deals with the work of Mary Jane West-Eberhard on phenotypic plasticity, and other proponents of the extended evolutionary synthesis.

Such work is still controversial, as the buckets of water thrown on it in the comments show, but if I may be allowed to predict trends from the character of the various contenders, I have a sense that such processes are destined to become central, rather than being footnotes to classic Neodarwinian genocentric ideas. 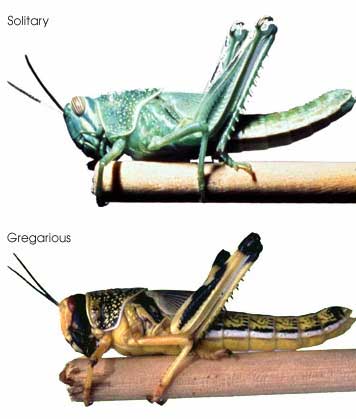 West-Eberhard points to examples like the complete, rapid, transformation of grasshoppers into marauding locusts, under the trigger of population stress and mediated via the hormone serotonin. This occurs by wholesale changes to gene expression through altered methylation and other epigenetic mechanisms and, morphologically and behaviourly, effectively transforms them into a new species with exactly the same genome – or back again, when population stress is relieved.

It is evident that this is a whole suite of physiological changes – yet only employed at rare times of stress. An even more intriguing case is that of the lizards of Pod Mrcaru, which in just 36 years since their introduction from another island have radically changed their morphology and physiology – including a redesigned gut with new valves. The article says that “tail clips taken for DNA analysis confirmed that the Pod Mrcaru lizards were genetically identical to the source population on Pod Kopiste.” In other words, the changes must have been epigenetic, and are so far proving to be heritable and stable.

West-Eberhard proposes how such changes might modify the accepted story of evolution. Under some stress, she suggests, epigenetic changes of the sort described rapidly lead to significant transformation of the whole population, by the co-ordinated suppression and activation of many genes. The behavioural changes induced by this, eg being able to run faster or climb better, consolidate these changes through the differential reproduction of micro-evolution (natural selection, if one can apply that passive term to changes produced physiologically). Finally, as a third stage, mutations of the newly-expressed genes, that would have had no effect before, now affect significant structures and functions, leading to a rapid new phase of variation and selection.

But the initial, extensive changes would be those built into the epigenome already, mediated by complex hormonal and other feedback loops. If it happens at all (and it has in the case of the Mrcaru lizards, at least) it’s an astonishing and powerful evolutionary mechanism based on an observed process (unlike genuinely creative mutations, which are found to be exceptionally rare if they have been observed at all).

We can see how such a process could produce the Hulk, down to the last detail. We have the endocrine mediation – Banner only changes when he gets angry, so raised catecholamine levels or perhaps corticosteroids are quite plausible mechanisms. We have the extreme behavioural and morphological changes that we see in the the locust Schistocerca gregaria, and the same reversibility, too – impossible under a genetic mutation model. The only real catch is the regeneration of his invariably torn clothes, which I’ll attribute to poetic licence.

Just one issue remains for me regarding the Hulk, but also Schistocerca and the lizard Podarcis. These epigenetic changes are manifestly in no sense random or “trial and error” – they are developed suites of targeted physiological adaptation. In the locust they appear regularly – but too rarely to be considered part of the normal life cycle. The locust swarm occurs only once in a number of generations.

As far as I know the changes in lizards have never been observed before – the mechanism has been in place, perhaps, ever since they came to their original island. There is even evidence that Darwin’s famous finches are to a significant extent exhibiting cyclical epigenetic changes in a coordinated response to environmental variation: gene expression, not gene frequency, may be the key factor.

I’ve read a certain amount about the exceedingly complex mechanisms (themselves involving genes, in most cases) that control the processes of epigenetic change, that affect histones, gene expression and suppression and so on. What I haven’t seen is a plausible explanation of how such physiological mechanisms arose. If they only come into play under conditions that are sometimes separated by many generations, why have they not been lost? And how did they arise in the first place?

If a gamma blast is, as we now know, an impossible explanation for the origin for the Incredible Hulk’s metamorphic ability, what more robust account can be given of his evolution? Once we know that, locusts, lizards and finches may make more sense too.