How much autonomy does providence allow?

Hanan, a welcome participant here on the Hump, made a good point on an interminable BioLogos thread about God and the much despised idea of “micromanagement”:

So you say God does not micromanage the world. Ok. What does “micromanage” mean? Let me put it this way, I recall a scientist stating there is no such thing as micro-evolution vs macroevolution. It would be akin to saying one believes in inches but not miles. The macro is derived from the micro. So if God does not manage the micro, then surely he would never manage anything that is formed from all those billions of micros (i.e. macro).

Even if, as some argue, the mechanisms of macro-evolution are qualitatively different from those of micro-evolution,  Hanan’s point is still a valid generalisation. Inches and miles are measures of the same things. It’s akin to the old saying, “Look after the pennies, and the pounds will look after themselves.” Or more caustically the husband’s lament: “My wife said I should make all the big decisions, and she would make the small ones. So far there haven’t been any big decisions.”

As far as the natural creation goes, there is no logical problem here if one believes God to have absolutely no involvement in anything, or to be be non-existent. Problems aplenty, yes, but not in this respect. One can propose a strict set of natural laws, a truly indeterminate set of quantum events, and a God who never involves himself except as a spectator or a benign grandfather, and leave chance and necessity to it. 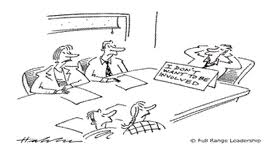 But within theistic evolution circles, that is seldom the complete position. Only the most Deistic, or the most doctrinaire “free process” people, deny God some involvement in the world. Christ’s resurrection and other biblical miracles are granted to be true – though that doesn’t prevent biblical errancy being a preferred option in many particular cases (arbitrarily chosen). Prayer is not oulawed as wishful thinking, nor remarkable instances of divine guidance or preservation as being utterly illusory and coincidental.

On the other hand, the classical concept of God as being so involved in creation as to be the First Cause of every event and the disposer of all things according to his will – that is to say, the doctrine of universal providence that was foundational for Christianity and Judaism both – is resisted very strongly, particularly in America, the “Land of the Free” (“Cultural prejudice dictates theology – discuss”).

bad planner to need to “interfere” with the world rather than set it up properly to begin with, and a bad manager to want to do everything himself rather than leaving nature free to pursue its efficient causes… only remember what we discovered about the emptiness of that particular concept here.

Another hackle-raising thing to many Post-enlightenment people is the assumed limitation to their free will if God be involved in human affairs. It would be unchristian to deny God’s concern and activity in the world, but in any particular instance – well, there are problems. Theodicy is, of course, a third issue: “God cannot defend himself from skeptics, so we must do so even if we have to promote him out of the world in the process.”

A BioLogos article that led to a huge number of comments this autumn was about the providential goodness of God in creating a neurological stress mechanism, discovered by a member of the writer’s congregation. And a worthy testimony, too, in classical theology. But I raised the question of how that squares with the God who must also leave evolution to its freedom, to the degree that (in Francisco Ayala’s words) it is blasphemous to think of his being responsible for errors and “moral evils” like sophisticated pathogens.

That question relates directly to Hanan’s perceptive comment – how can God make big decisions if he doesn’t make the small ones too? Or how can he intervene on a small scale if the major changes are independent of him? How far, in other words, would it not only be “acceptable” for God to act, but possible for his acts to be juxtaposed with “natural” ones?

In the above case, for example, how could God be sufficiently in control of the evolution of stress mechanisms to be praised by the same people who insist it would be impossible or wrong for him to control the evolution of viruses? And if God wanted to create you (or John the Baptist or King Cyrus), would he not necessarily have to be in control of the entire cause-and-effect chain which led to you? Jeremiah, chosen before conception as a prophet: sperm and ova are micro, and would need managing.

This confusion goes right up the academic scale. Science-faith writer Robert J Russell tries to steer a middle course between his orthodox Reformed  view of providence and the insistence of those like John Haught and Howard Van Till that God simply must leave nature free to be itself. So he proposes that God could decide quantum events and influence evolution thereby, without “interfering” in the realm of material science. But invisible control is still control, and so his solution doesn’t address the autonomy issue at all (any more than it address the actual, rather than the metaphorical issue, which is indeterminacy, not autonomy. So he hesitates to judge whether God uses this ability rarely, commonly or all the time.

The questions we need to face honestly, then, are twofold. Firstly, if God would be tyrannical to manage everything in nature, but we don’t want to exclude him entirely, exactly how much is “OK” for him to do? How would you calculate it? The implications are great, because that for which God is not responsible is outside the spheres either of thanksgiving or of complaint.

We cannot worship him for what blind nature has created. That might seem fine when it comes to smallpox or impacted wisdom teeth – though it seems hard to have to learn not to pray about these things,being as they are claimed to be in the realm of nature’s autonomy, not God’s control.

But should one give thanks for the uncomplicated love and joy – and even the natural piety – of ones Downs’ syndrome child, knowing that he is just the product of one of those egregious chromosomal errors one must not attribute to God without blasphemy? Should one ask God to ameliorate an enemy’s hatred if free-will is absolutely autonomous?

Who is to teach us what we should pray for or not? Certainly not Jesus, who (doubtless under the baleful influence of Greek philosophy) believed that God micromanages daily bread, temptation and deliverance from evil. Perhaps open theism gurus Greg Boyd or John Sanders could show the way instead, being guided by process and analytic philosophy instead.

The second question is to ask how much it is possible for God to do, if his activity is somehow to be rationed to the occasional event (1%? Less? More?). The proverb says “A stitch in time saves nine.” Does God have to perform occasional large miracles because he can’t or won’t nudge (= “micromanage”) lesser problems? Is the falling branch that kills a saint more or less providential than the asteroid that destroys the dinosaurs, when both depend on the same type of chaotic event? Are such intractable problems irreducible mysteries of the faith – or just the product of incoherent and heterodox thinking?

For both the Bible and traditional theology say that all things are from God – not in a merely Deistical way by the provision of laws and possibilities, but in the way that says we should give thanks to God in all circumstances for all good things, and complain directly to him for the misfortunes and paradoxes of life – whether those come from the hand of nature, malicious humans, or the devil himself. You can’t draw a boundary between God’s “micromanagement” and his “macromanagement” because there isn’t one – there is only his sovereign providence.

12 Responses to How much autonomy does providence allow?