On a light note, I just want to record a small personal record over the weekend. I played music at 5 gigs and in 4 different genres on 7 different instruments within one 24 hour period. Nearly 8 hours on stage in all. Not bad for an old man. Lucky I had that early-morning pizza before the start. It somehow reminds me of Phil Collins playing Live-Aid on both sides of the Atlantic.

Just to expand, if anyone’s interested. The first two engagements were with an Axminster-based 20-saxophone ensemble yclept Saxminster (see what we did there?), on Lyme Regis seafront (of fossil fame) at noon, and later at the picturesquely-named fishing village of Beer at 3pm. I was on soprano and sopranino saxes, and we covered stuff from Duke Ellington to Shostakovitch via Madness, including a special arrangement of Liberty Bell March I did for any visiting Americans, it being July 4. The stars and stripes was flourished (once our director discovered which way up it went). 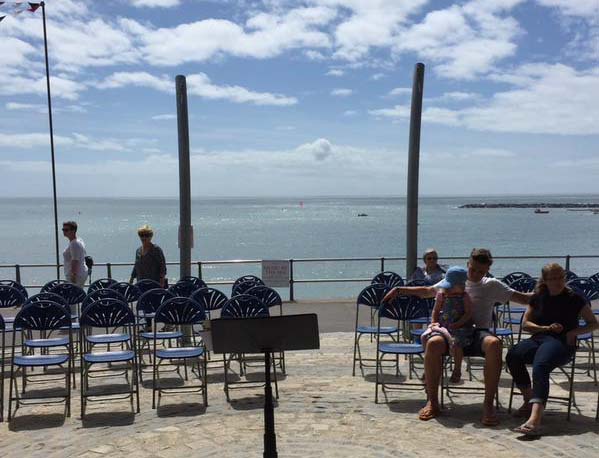 I then drove home for a quick change of shirt and instruments to do a set of my own songs on acoustic guitar at our local music festival. A few friends provided some interesting extra textures on alto saxes, flutes and bass and it was quite a promising first gig. We followed a school orchestra and preceded a big band, and the venue organiser said we were the only act all day to do songs about botany, Greek mythology and cosmic fine tuning. Nobody else did a talking blues in 5/4 time about the pentadactyl limb either, so no doubt they’ll ask us back next year to headline. 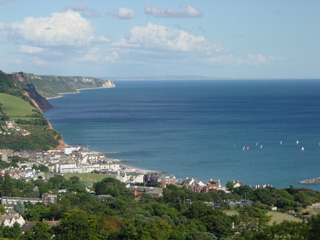 There was no time to hang around before heading home for another change of shirt and gear, loading the Marshall into the Mini to play tenor sax, harmonica and lead guitar for a wedding in Sidmouth in our eight-piece rock band, Eight to the Bar. The third venue of the day to have breathtaking views of the Jurassic Coast. A couple of beers revived the musical juices, though the Elvis Costello and Paul McCartney covers did for my voice a little. The most lively audience of the day, so I wasn’t home till 1.30am.

Lastly, though, when I came to play acoustic guitar in the church band in the morning, the over-extended voice enabled some unaccustomed harmony lines. No Pete Towshend there, of course – just Stuart Townend and Elizabeth P Head. The keyboard player (who was on bass for me the day before) remarked how playing the “secular” stuff seemed to enhance how we played together leading worship. There’s a lesson there somewhere, I suspect, about the nature of music or the nature of worship – perhaps both. 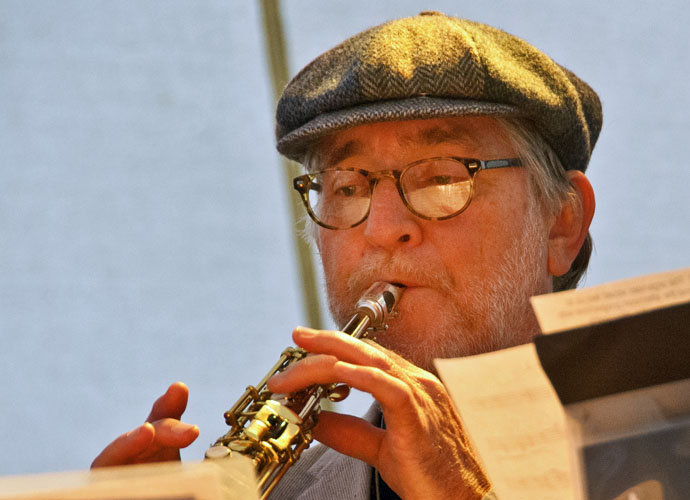 Training in medicine (which was my career), social psychology and theology. Interests in most things, but especially the science-faith interface. The rest of my time, though, is spent writing, playing and recording music.
View all posts by Jon Garvey →
This entry was posted in Music. Bookmark the permalink.