More on the (supposed) hiddenness of God

Although week by week I play mostly modern songs in church, on guitar, it’s the hymns of my distant childhood that still resonate most with my theology. One I learned, and loved, at primary school was Immortal, invisible, God only wise (number 407 in The English Hymnal – even that fact has deeply lodged in my memory for 60 years! Here it is for those only familiar with Hillsongs:

1 Immortal, invisible, God only wise,
In light inaccessible hid from our eyes,
Most blessed, most glorious, the Ancient of Days,
Almighty, victorious, Thy great name we praise.

2 Unresting, unhasting, and silent as light,
Nor wanting, nor wasting, Thou rulest in might;
Thy justice like mountains high soaring above
Thy clouds which are fountains of goodness and love.

3 To all life Thou givest, to both great and small;
In all life Thou livest, the true life of all;
We blossom and flourish as leaves on the tree,
And wither and perish, but nought changeth Thee.

4 Great Father of Glory, pure Father of Light
Thine angels adore Thee, all veiling their sight;
All laud we would render, O help us to see:
’Tis only the splendour of light hideth Thee. 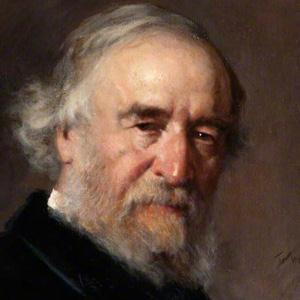 At my last church, it wasn’t sung much because my friend Andrew always reminded us how it has no mention of Christ. I think he considered it tainted by Deism. But it was actually written by a doctrinally sound minister and moderator of the Free Church of Scotland, Walter Chalmers Smith, and published in 1876 in his Hymns of Christ and the Christian Life, which suggests that any absence of christology is a local phenomenon of that particular hymn.

In fact the reason seems to be that Smith was drawing on Old Testament scriptural sources, most obviously Daniel (in the term “Ancient of Days” for the Father), but also clearly on the “theology of nature” seen especially in Job and the psalms. I want to draw attention to the last couplet in particular:

All laud we would render, O help us to see:
’Tis only the splendour of light hideth Thee.

He who is blessed and the only Sovereign One, the King of kings and Lord of lords. He alone is immortal and dwells in unapproachable light. No one has ever seen Him, nor can anyone see Him. To Him be honour and eternal dominion! Amen.

But Paul’s words in turn derive from the very start of Genesis, in which the light that is the specific creation of the first day both hides God in glory, and paradoxially reveals his invisible nature by being glorious. The revelation of glory, then, is the first work of the creation of God’s cosmic temple.This idea of nature as revealing God the invisible through what is visible is what I documented as near-universal amongst the earliest Christian writers. When Psalm 19 says,

The heavens declare the glory of God; the skies proclaim the work of his hands…

I think the main allusion is not so much to standing at night and seeing the milky way spread out across the heavens, but rather the brilliance of the daylight sky, the light God created as both a manifestion of, and a veil for, his glory. That is what the hymn captures in its celebration of nature – that God is only hidden from us by the brilliance of his light.

Yet the keen-eyed will spot that, just as my friend Andrew noted the lack of any overt mention of Christ in the hymn, so there is something missing from this couplet. For it is not only the splendour of light that hides God from us, but (if we take Romans 1:18-22 seriously), also the darkness of sin. Yet I don’t think the hymn-writer is to be blamed for not including everything in one psalm: I suspect that the blindness of sin, like the glory of Christ, would be found in the other hymns of the collection.

Effectively, what I think we can appreciate in this hymn is, as it were, representing the state of the world at its creation in Genesis 1, before the drama of the garden of Eden dimmed mankind’s understanding. It shows the natural state of creation. But the garden of Eden was intended to take mankind beyond the natural, into the supernatural realm of intimate fellowship with God, of access to eternal life, and of mankind’s rule, under God, over all things including the angels of heaven.

But in Genesis 2:3, God reigned unopposed in the glory of heaven, and, it would appear, mankind had a natural inclination towards worship of the invisible God through the appreciation of the visible creation. Before sin, it was indeed true that “’twas only the splendour of light” that hid God from human gaze.

Nature being unchanged, in essence, since then (I have a book coming out about that, all being well – watch this space), the hymn still speaks truth, but the blindness of mankind has to be factored in as well. That blindness in the religious arena has been true not only since Paul wrote Romans 1, but since David wrote in Psalm 14 that “The fool has said in his heart, ‘There is no God,’” meaning not the minority cult of atheism, but the universal sin of seeking self, rather than God – practical atheism.

But there is also a more local form of blindness, which applies particularly, and paradoxically, to those who look most intently into nature. I speak, of course, of scientists, who for the most part are convinced that it is not only the brightness of the light that hides God, nor that it is the darkness of human sin, but that God, if he exists, is, contra Walter Chalmers Smith and the consensus of the Church Fathers, intrinsically hidden by the creation itself.

This is unusual, or perhaps even unique, in the history of human thought. What can explain it? The answer appears quite simple to me – it is the commitment to a metaphysics of naturalism, whether that be in the full-blown “metaphysical naturalism” that denies all that is not material, or in the “methodological naturalism” that takes naturalistic metaphysics as a working tool by which to do science.

But just as working in nuclear research or laser technology carries the risk that what you are studying may damage you, so it is a rare scientist who is able to keep a methodological naturalism and a Christian metaphysics clearly separated. Work too closely with bright light, and you may end up blind.

Oddly enough, the same is not true of the inaccessible light in which God himself dwells. If you take the Scripture too literally and try to see God by staring at the sun, you have only yourself to blame for your subsequent sightlessness. But take the metaphor seriously, and search the light of God intently through the gospel of Christ – and through the created world too – and paradoxically you find your darkness turning to day.

I think the difference is that the uncreated light that hides God heals, rather than harms.

3 Responses to More on the (supposed) hiddenness of God