A frivolous post, since it’s so hot and summery here. Over at Joshua Swamidass’s Peaceful Science blog, he has the same software as does BioLogos, enabling him to give pithy descriptive epithets to regular posters. For me, he has chosen “Indigenous Theologian”. 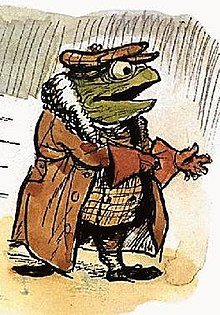 he “theologian” part is quite flattering for a defrocked medic who is two essays short of a diploma in theology, but to what place I am “indigenous” I’m not sure, having (by my calculation) 18.75% Irish genes flowing through my otherwise English veins.

But the appellation actually touches a distant and specific memory, which is that at around the age of 10, I acted in a school production of the trial scene in A A Milne’s Toad of Toad Hall, produced by my drama teacher Mrs Askey, in which I played the lead role of Mr Toad, and my best friend Simon Clarke, for some reason, relished the role of the Judge who had me incarcerated.

Toad has been charged with stealing a motor car, and the case begins thus:

Judge [clearing his throat]. H’m! Friends and fellow-citizens! We see before us, cowering in the Dock, one of the most notorious and hardened malefactors of our time, the indigenous Toad.

Judge [grimly]. Well, if you’re not, you very soon will be. We see before us, I say, this monster of iniquity, and it is our duty to try him fairly and without prejudice, and to sentence him to the very sharpest term of imprisonment that we can think of, so as to learn him not to do it again. We shall then adjourn for lunch.

I didn’t know what “indigenous” meant then, though I’ve since looked it up. So you can see how the word carries overtones of guilt and a long period of imprisonment for me. Though to be fair, I took part in another adaptation of The Wind in the Willows maybe four years later, in which Toad escaped from gaol dressed as a washerwoman (on that occasion, I played the washerwoman who swapped clothes with him to the tune of The Stripper… probably worse that being sent down by my friend, and certainly a sign of the changes in artistic sensibility that come with puberty).

But the main point I wish to make is that I realise, looking back, that this childhood dramatic undertaking had a significant role in forming my response to criticism, which will be familiar to all regular readers here, and numerous editors down the years. Not because playing the convicted Toad saddled me with a self-perception of victim status, but because, having been sentenced, Mr Toad was given the right of reply to his forty year sentence:

Toad (wildly). Yes…Fat-face!. All of you! All the whole lot of you! All fat-faces! I am Toad, the Terror of the Highway! Toad, the Traffic-queller, the Lord of the Lone Trail, before whom all must give way or be smitten into nothingness and everlasting night. I am the Toad, the handsome, the popular, the successful Toad, And what are you? Just fat-faces.

So Joshua (if you read this) and anyone else, beware. Call me an indigenous theologian, and I might well reply, indignantly, “I’m not indigenous!” 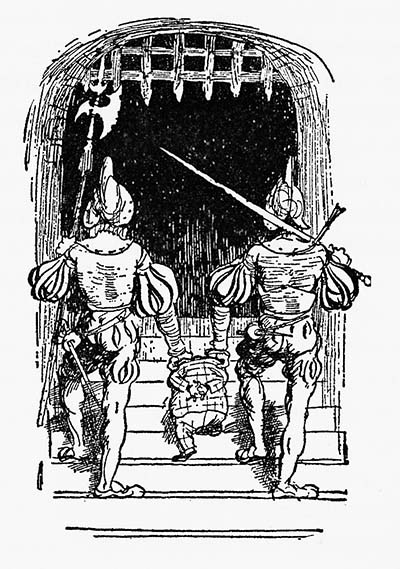 3 Responses to The indigent theologian