I’m quite proud of my new chicken house: 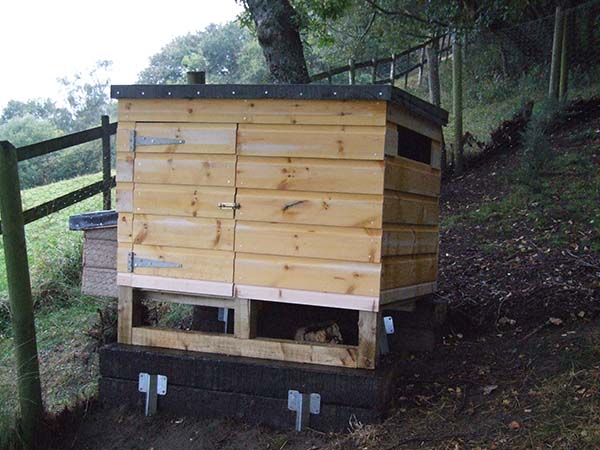 It’s one of several reasons for the paucity of posts in recent weeks, others of which have included writing and administrative (church) tasks, but also the need for fieldwork on the home patch, since the natural cycle of seasons obeys no man (despite the rhetoric of Greta Thunberg and Co).

We habitually move our few chickens between a summer and winter enclosure, since they trash the vegetation pretty quickly in any confined space, and get eaten by foxes or terriers if unconfined. Their summer accommodation was always less than fantastic, and was becoming, frankly, a slum. So designing and building something better was a necessary task, but was also a welcome relief from the soul-destroying business of researching all the ways in which we are being comprehensively deceived in matters of politics, sociology and science.

The religious Jews of Paul’s time had it right: Paul was not unusual in following the manual trade of tent-maker even as a student and teacher of Scripture, both before and after his conversion. It was considered mandatory that theologians should also work with their hands. That would be good advice for today’s academics not only in order to keep research connected to reality, but to keep intellectuals sane.

To be immersed in the tawdry controversies of humanity, be they the original concern of The Hump about creation, evolution and so on, or the totally depressing political and social situations both here and in the US (and probably in your country too, if you’re from elsewhere) is necessary work for some of us, but has the tendency to remove the will to live on a regular basis. The protracted madness of the world’s political situation, in particular, always puts me in mind of a YouTube poster who exclaimed recently, “Is this hell? It feels like hell!”

But practical work, like immersion in nature, provides a remedial perspective, and is to be recommended to anyone troubled or frustrated by the way of the world. The two often fit together, as immersion in nature often means practical work… and I don’t mean the scientific investigation of nature, with the theorizing and writing and funding and justifying that make up scientific publication.

No, sawing up fallen trees, mowing, raking and burning off flower meadows, mending fences… these things demand a different kind of mental activity, its pace dictated solely by the task and the materials. For myself, not only do I find it impossible to wander off on creative flights of fancy when I’m straining my back with a rake (valuable though flights of fancy are in the day-job), but in a prolonged labour such as mowing a field I sometimes find I’m in an altered state of consciousness akin to trance. It would be interesting to know what my EEG is doing at such times.

So it is also for manual tasks like carpentry, even when assisted by power tools. My chicken house required, for its foundation, a couple of large railway sleepers to be hauled up the hill to the “construction site,” maybe 150 feet in distance and 30 in vertical height. I may have mentioned before what a primitive thrill there is in discovering the power of a rope and a roller to move objects of which one can barely lift one end. The first man to discover that would, I’m sure, have immediately thought, “Wow! How far can I take this technology? Maybe I could build a henge if my friends helped!” Believe me, it’s a far  more primal feeling than finding the party tricks some new app will do.

All the problems of such a project are practical, and need to be solved now. It’s not about some complex and unvalidated computer model predicting global disaster around the next bend: instead, you underestimate the amount that rain will cause wood to expand, your door sticks, and you have to plane it down. You have to judge the weather finely, to get the roofing done before a storm ruins the flooring.

Even the sparking and failure of the power saw you haven’t used in years leads to poking and  problem solving of a thoroughly practical kind (get the stuck brushes out, and cleaned, and hey presto! It lives again!).

Everybody customarily involved in “intellectual” work ought to build a chicken house, whether or not they have chickens. The feeling of satisfaction is such that you’ll immediately be inspired to go out and buy some. It’s totally uneconomic, of course: by the time you’ve spent money on housing materials, as well as on chicken food, health remedies, pest-control, and new chickens as the old ones regularly curl up their toes in old age, it would be far cheaper to get your eggs at the supermarket.

But shop-bought eggs never taste as good and never have such yellow yolks as the ones your own friendly birds deliver day by day, with enough left over to ingratiate friends and relatives. Thanks, Millie, Molly and Mandy! You really are wonderful creatures!

And above all, it’s hard to put a price on sanity. 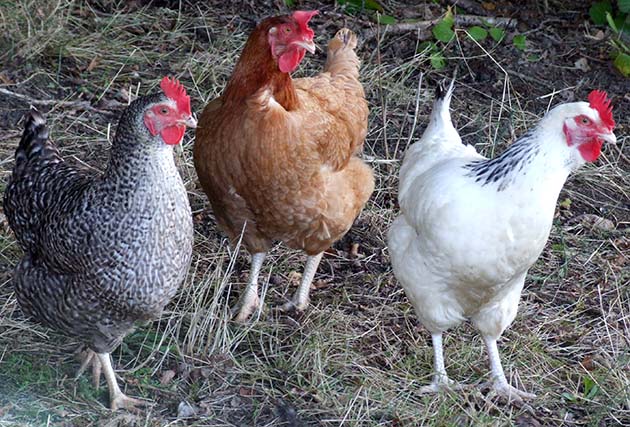