Today is VE Day, and is notable for the fact that my sax quartet has been deprived of two lucrative engagements at commemorations in two adjacent seaside towns, because of lockdown. What self-sacrifice war engenders! 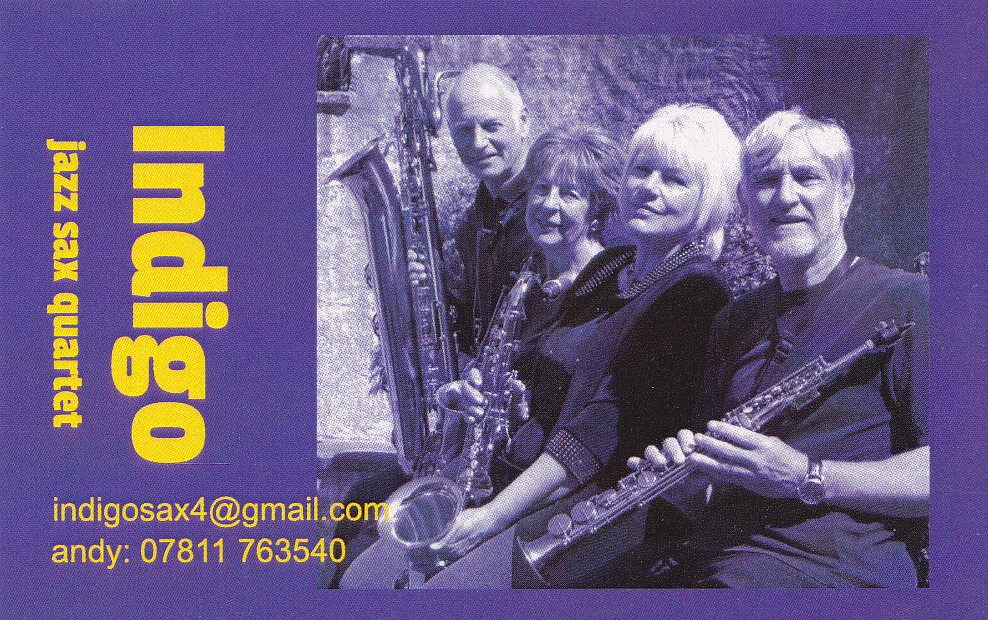 I was already slightly distanced from the recycling of the “Great Escape” mentality, in the encouragement that was given for communities to do 40s style street parties and so on. Not that I’m overly cynical or revisionist about the Second World War itself, nor of the achievement of the allied forces, amidst great bloodshed, in defeating Hitler in Europe.

For example, my mother’s two half-brothers got in the national newspapers when one of them, a tank driver, rescued the other, a parachutist stranded after the Arnhem landings. My Canadian uncle drove a tank in the invasion, and other relatives were infantrymen. My grandfather, a veteran of the Western Front from 1915-18, served in the Home Guard and lost his best friend Ralph Hopper in a machine-gun accident.

My own father served in the RAF, which is why the silver alto sax you see me playing in my recent YouTube video was packed away in his parents’ house in Guildford, whilst he was in Nigeria (and in his spare time playing a borrowed Conn tenor, which prompted his shift to the tenor after the war).

But the actual veterans of VE Day are rapidly decreasing in number, and the celebrations seem largely to be an effort in myth-construction for the rising generations, centrally engineered, it seems, to forge a national spirit of co-operation with national aspirations. Those were originally (and arguably justifiably) to do with getting the Light Cruiser of State underway post Brexit, but it has now become a way of getting us to comply with the entirely artificial societal and economic crisis produced as a response to a viral pandemic with (it is emerging) a mere 0.1-0.2% overall lethality, overwhelmingly amongst those old enough to have survived World War 2.

This wartime mythos began to be employed early in the lockdown, with health workers being compared to Battle of Britain pilots (disproportionately ignoring the profound difference in mortality rates, though the dedication of “frontline staff,” even to death in a few cases, was worthy of respectful recognition). Dame Vera Lynn was wheeled out to sing “We’ll Meet Again” to a population separated not by barbed wire, but by over-zealous policemen pouncing on “unnecessary” car journeys – a population largely able to chat for free on Zoom anyway. And musicians were asked to play “Somewhere over the Rainbow” – a song that, my mother used to tell me, did indeed embody longing for better times during the war, but now only reminds me of a good joke about an out-of-work saxophonist I must tell you some time.

Today’s BBC news carried on the theme. With street parties and public celebrations banned, including my sax group’s getting the chance to try to play “Somewhere over the Rainbow” and keep a straight face, HMG are actually advising people to have “forties themed” tea parties at home. It’s been hard enough getting loo-roll during the lockdown, without attempting to find dried egg, spam and dripping for sandwiches – not to mention a complete absence of weak Watneys beer in the supermarkets.

It almost sounds like a new kind of Passover meal, only without the archetypal and divine significance of the actual Pesach.

The mythmaking approach to this relatively recent history is continued by having a lone Spitfire fly over the white cliffs of Dover. I’ve long noticed how, as even those of us born soon after the war begin to thin out, the Supermarine Spitfire has gradually come to be the symbol of the Battle of Britain, although we older folks knew that the Hawker Hurricane played an equally important role, and history recalls other forgotten warriors like the Bristol Blenheim and even a few outclassed Gloster Gladiator biplanes. To die in one of those was just as heroic and memorable, it seems to me.

But by May 8th, 1945 the Spitfire was completely obsolete as a fighter, relegated to a variety of inventive roles like high-altitude photography and troop-spotting, and even dive-tests at near the speed of sound back home. The main British fighter of the post-invasion campaign was the Hawker Typhoon, and its offspring the Tempest. Currently none of those are flying, though several are under restoration – and maybe that’s the point. Spitfires have been kept flying for their mythic status, and there are forty airworthy examples in Britain alone, compared to only eight Hurricanes. And no Tempests.

I suppose the difference between the respectful remembrance of history – especially whilst servicemen involved, or their immediate relatives, still survive – and the manufacture of myths is this: one learns from history, but one is controlled by myths. It’s a two-edged sword.

On the one hand, to remind us of the best features of our national character from history inculcates in us communal virtues which might otherwise be lost. There has certainly been no shortage of influential attempts in recent times to erase our cultural memories and replace them with an equally mythical, and dystopian, version of our past in which the average Briton spent his time looking for women, gays, slaves and transsexuals to beat up, whilst all the rulers in turn beat up these bigoted workers.

But on the other hand, the mythos is employed to manipulate national character to suit the state, or other powerful institutions. For example, in the current VE Day celebrations – for which a Bank Holiday has been moved back a week, as if each day were not exactly alike anyway under lockdown – all the emphasis is on pulling together, staying home, saving the NHS and saving lives. But if I’m not mistaken in my childhood recollections, the predominant reason for rejoicing in 1945 was the victory, over centralised dictatorship, of the core British value of individual liberty. We could now drink the pubs dry (even though it had to be in Watneys), assemble wherever we liked and do silly things, and flout the rationing where we could to party spontaneously. Nobody on the BBC directed us to hold 1940s style teas.

Now, it seems, our future lies in apps that will track our every movement, though, of course, they will never be misused by governments, nor continued after the present emergency (just as Income Tax was certainly to end after the Napoleonic Wars). Ask Edward Snowden or Big Brother Watch for firm reassurance on that.

2 Responses to Myth-making in action