I can’t let the passing of Patrick Moore, amateur astronomer extraordinaire, go unremarked. He died today at the age of 89, the presenter until just this year of The Sky at Night, which has been running under his banner since 1957 – a world record for a TV show. He was the only person to have met Orville Wright, Yuri Gagarin and Neil Armstrong. He used to appear regularly on kids TV when I was small, and so was the man who got me interested in astronomy. In fact I got his book for my birthday round about 1958 (the jacket on mine is long-gone, though I still have the book): 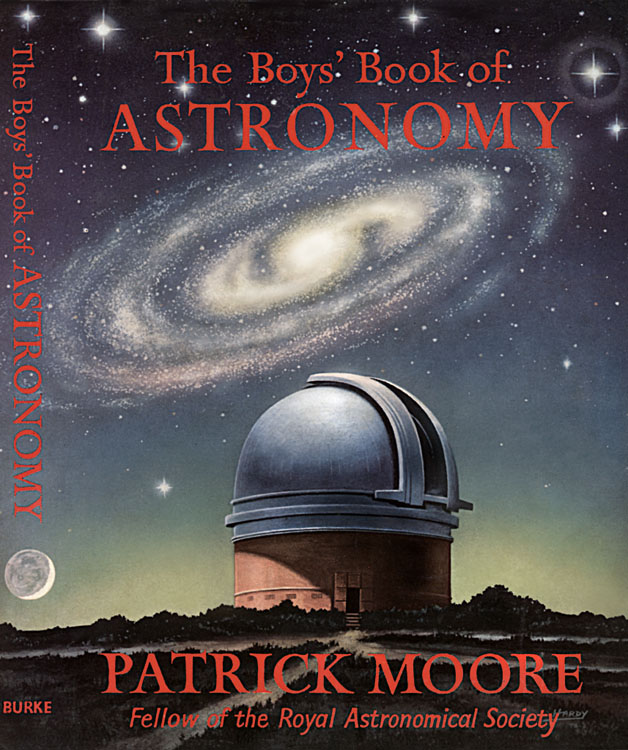 How could that cover not have any youngster reaching for the stars! It was this book that induced me to put the dates in my diary (half a lifetime in advance) for the appearance of Halley’s Comet and the total eclipse of the sun. Thanks Patrick.