Caring for Creation as Mission – 2 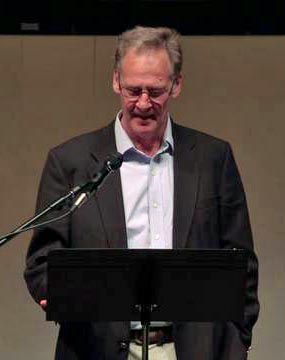 Peter Harris was a friend of Jon’s at Cambridge many years ago. He is President and Founder of A Rocha, an international environmental organization with a Christian ethos. This article is the second of three from a paper prepared for The Lausanne Movement’s Theology Working Party in Beirut, Lebanon in February 2010, under the chairmanship of Dr Christopher J H Wright. It also appeared in the July 2010 Evangelical Review of Theology (Vol 34 No 3), but is posted on The Hump as an introduction to yet another important aspect of the Christian doctrine of Creation.

A defence of a disconnected gospel for isolated individuals is even more difficult in times that have brought about a far better understanding of our human connections. Scientific research is constantly identifying new relationships of cause and effect in the biosphere of which we have been unaware. The rapid development of information technology demonstrates the networked ways in which our global culture is now operating as a complex entity. The Trinitarian theology of Jürgen Moltmann, Colin Gunton, James Torrance and many others, has encouraged us to understand better the fundamentally relational nature of created reality. It is very clear that the old isolated individualism of enlightenment humanism had its missiological equivalent in a version of the gospel that was reduced to proclaiming a merely personal salvation without community or environmental consequences.

It was a manifestation in the church of what Bill McKibben has identified in post-modern society as “hyper-individualism”.[xiii ] To state it in environmental terms, the DNA of a consumer and individualistic society so penetrated our message as to genetically modify it, giving us a GM gospel.

It is even possible to suggest that, in western culture at least, the retreat into the realm of our own personal needs has been a reaction to a realisation of inter-connectedness that has become intolerable: our media make us aware of ever more global needs and tragedies and we cannot cope. Front page reports of scientific studies inform us that the air we breathe has been polluted by factories half way across the world, whose chemical emissions are found in the very tissues of our bodies. We discover that the same trading agreements and agricultural techniques which have brought us unimagined comfort have impoverished whole sub-continents and ruined their earth, air and water. Even western nature enthusiasts find the warblers they love to protect in northern woodlands do not return in spring because of Sahelian drought or disappearing South American forests. Do we care about the environment and so favour bio-fuels? We learn that for the most part they are responsible for deforestation, loss of agricultural land, and soaring food prices for the poor. Such knowledge and complexity is difficult to bear and it is understandable that the western church, and western society itself, retreats to a narrowly personal set of concerns in response.

Yet at the same time, further insights from the fields of anthropology and sociology, allied to the rise of non-western theological leadership over the last century, have brought the global church to a more biblical recognition that if we are saved, we will come to Christ within our cultures and that the multi-cultural church arises as cultures are transformed and redeemed according to Kingdom thinking and values. There is no “Kingdom culture” that can be applied wholesale across the world. [xiv] So a further blow has been delivered to any idea of personal salvation in isolation from our social context or what Brian Howell argues should be called “traditions of knowledge”[xv].

Remembering Psalm 67 with its rolling progression of blessing from the personal to the community, from our culture to our politics, should have kept us better on track. 1 Peter 3: 9, 10’s description of the church as a new people being built into a social and cultural reality would have alerted us to the fact that the personal genie would always get out of its box into wider relationships. Since Karl Henry’s “Uneasy Conscience of Modern Fundamentalism” in 1947 we have seen a widespread recovery of the true and biblical dimensions of social concern within our missiology. However, we have another clearly biblical step to take as we are confronted by the rapid degradation of our living planet.

The Bible is like a seed-bed in arid land whose incredible potential flowers only when the rain arrives. So it is perhaps reasonable that the dormant biblical seeds of creation concern only came to fruition when the growing awareness of ecological crisis in wider society took Christians back to a re-reading of scripture. New circumstances obliged us to re-consider our more familiar interpretations as they always should. When the scandal of slavery dawned on the evangelical conscience two hundred years ago a similar process of re-evaluation took place, and the cycle of ensuing change looks very similar to that which we are now witnessing as we come to terms with climate change in a theological and then missiological context. But we need to complete our reading of the texts such as Psalm 67 by going beyond their social and political good news of blessing, to the blessing of the harvest and the land itself which ends the psalm. Many of our most cherished passages speak clearly of the participation of the earth itself in God’s purposes, but only recently have we seen their prophetic power or relevance. Hosea 4: 1 – 3, written three millenia before the words marine crisis meant much, is one of the most topical and striking.

1 Hear the word of the LORD, you Israelites, because the LORD has a charge to bring against you who live in the land: “There is no faithfulness, no love, no acknowledgment of God in the land.
2 There is only cursing, lying and murder, stealing and adultery; they break all bounds, and bloodshed follows bloodshed.
3 Because of this the land mourns and all who live in it waste away; the beasts of the field and the birds of the air and the fish of the sea are dying.

Having done that biblical work, we then need to face the challenge of seeing what these passages mean for the work of global mission.

In order to go forward I think we have to acknowledge candidly some of the drivers of our current reluctance to include environmental concern in our understanding of mission. I hope I may be forgiven for simply sharing the impressions I have gained over the last decade on the basis that they have been assembled on five continents and during visits to on average a dozen countries each year. Such travelling has made me aware of the overwhelming presence of a missiology that is exclusively focussed on personal salvation, often associated with “prosperity teaching”. As it is frequently north American in origin, it needs to be acknowledged that the north American church is uniquely suspicious both of science and of environmental alarm calls, for particular reasons linked to its own history. [xvi]

There is a further brake on environmental mission that also needs to be recognised, and perhaps this paper will lead to further work which could help remove it. Evangelicals continue to express views that differ considerably about how the effects of personal conversion can be expected to bring about a transformation in wider areas of human life. We do believe the experience of the new Christian is sufficiently radical for us to use the term “born again.” But once “born”, how much are we going to “grow up” and change? Conversion of life is not a familiar evangelical concept these days, and our distinctive belief in personal conversion has made us wary of expanding the scope of the experience. So it is tempting to question how much change we can expect to bring to the world through our lives and witness. Can we hope for much impact on society, or will Christians simply suffer like everyone else within the structures of an intractably rebellious world? Can cultures be changed or redeemed, or should we simply abandon them, participate as little as we can, and wait for heaven?

At the very least our current situation is paradoxical and somewhat contradictory. Pentecostals and neo-charismatics are often accused of having an over-realised eschatology. Their critics charge them with taking promises of transformation that were only intended for the end times then unreasonably expecting them to be fulfilled here and now. However, as Richard Lovelace has pointed out, all though the history of church revivals there has generally been a corresponding and transformational renewal across the communities where they have taken place. Even so, while twentieth century Pentecostal revivals clearly led to an extraordinary renewal and growth of the church world-wide, for the most part, they have more notably given rise to personal, rather than social, transformation as a consequence. Nations such as Kenya and Brazil, where there are now millions of believers, remain among the most troubled and corrupt on earth, and are incidentally the locus of some of the planet’s most rapid and catastrophic environmental crises. Wonsuk Maxvii, Rikk Watts, and Tri Robinson are among those from Pentecostal or charismatic traditions who have pointed out that evidence of any environmental concern has been even more absent from their churches than from that of almost any other grouping. Perhaps this is not surprising if even the eschatological significance of the gospel for the wider creation has been neglected by us all, let alone our consideration of the significance for all people that God determines for them “the times set for them and the exact places where they should live.”[xviii] It is easy to forget that time and place are created entities.

This entry was posted in Creation, Peter Harris, Science, Theology. Bookmark the permalink.