In my youth I was a keen photographer – and I mean I started processing my own films when I was twelve. But there was a stage in my teens at which I stopped carrying my camera everywhere because I realised I was no longer participating in events, but just recording them through a viewfinder.

I was reminded of this by my son (rapidly becoming as old and curmudgeonly as his father) saying that he’s more or less stopped photographing his family for similar reasons. To be taking photographs, like being on the mobile phone home, is not to be in the moment itself. In my day, a 36-exposure roll of Ektachrome eked out over a holiday was enough, in the end, to trigger my defensive avoidance mechanism. Now one could spend the whole day snapping in search, presumably, of the one perfect memory amongst a hard-drive full of images. 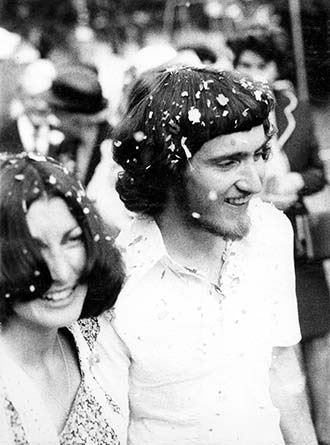 In practice, this often means not just missing out on an experience, but actually altering it for the sake of the image. I first noticed this in wedding photography. We were married as poor students, and got our brothers to shoot away and record what happened, with a few formal group shots to recall how everyone looked. Nowadays, because the results of that are technically imperfect and insufficiently cool, the happy couple and everyone else are often shepherded laboriously through “natural” poses and artistic backgrounds that suggest a nuptial idyll that never, in fact, happened. Instead, like a film love-scene, everyone was working too hard to achieve the result – a beautiful set of manufactured memories.

Holiday photos have become just as bad. Whereas once a snap of the kids on the beach triggered recollections of happy times (or days of inconsolable misery, as when I lost my toy boat on Torquay beach at the age of three), now if grandchildren visit I find myself committed to half an hour or more of forced smiling until the baby happens to smile too, to give the perfect record of posed family joy. In reality it was family misery offered on the altar of the Quest for the Perfect Image. I seriously fear for the effect of this on small children, when they are included in these stage productions. A photographer who took mugshots of me for a magazine (his first job after a Barry Manilow album cover) once told me that people who are photographed a lot acquire what he called “a brittle soul.” Not reassuring as he got through several films. God protect the toddler being conditioned to think, “My hair looks awful in these!”

The pernicious selfie, of course, is one result of all this. Apart from being both an expression and an engine of today’s rampant narcissism, selfies also, as my son points out, simply obscure a perfectly good picture of the Grand Canyon or the Tower of London with a too-familiar face trying to pout like Paris Hilton. One scarcely needs to comment on the trend for taking selfies at events like bomb-blasts and air-crashes. Even cartoon super-heroes are pictured taking selfies now (along with the reality-TV cliché of the talking-head introspective – I don’t even want to know how a real person feels after a challenge, let alone a bloody drawing).

The justification for this prodigality of images is, of course, the recording of memories. Photographs, though, are not memories. As my son, again, sagely observed, the new proliferation of photographs is actually corrosive to the retention of memories, for ones recollection is forced into the purely visual mould of the image. The mind tends to be robbed of the subtle and substantial modality of human memory which, at best, can only be triggered by pictures.

I’m fortunate in having a very good memory of my distant past – I have perhaps some fifty distinct memories from over sixty years ago. There’s not space here to wonder how these fragments have been retained and edited in my mind whilst everything else is lost, but it’s clearly a sophisticated process. The remembered occasion of my brother’s sixth birthday party contains some minimal visual imagery, the sound (and feel) of my toy trumpet and of noisy giant-like children filling our normally peaceful front room, but mostly scattered emotional snippets of feeling vaguely confused and much smaller than everyone else – I remember what it was like to be me at three. If, by some alchemy, somebody produced a photo of me at the event, it might evoke some sense of astonishment, but wouldn’t stir my memory at all. If my parents had kept a flash-card cataloguing the whole thing in two hundred digital images, I doubt the significant things would have remained intact at all.

It’s a similar phenomenon to the way that using an electronic tuner weakens ones innate sense of pitch when tuning an instrument, or using a Sat-Nav system, rather than a map or instinct, tends to reduce ones awareness of place. Indeed, even motor transport does that. I remember what an enhanced sense of the world I got after our first long-distance walk, a week spent following the neolithic South Downs Way in Wessex. Some of the places along the the track were familiar from car journeys – but walking gave a rich new sense of the land’s character, of true distance and, most of all, of the ephemera that are not on the maps, but which make up reality – the progressions of weather (on the skin, rather than on a roof), the seasonal moment, the smells, the changing landscape of ambient sound, the plants and animals – even the shared physical exertion of a friend or the dog. By comparison a map is just an empty abstraction – a car journey a series of isolated scenes with little meaning.

What I’m feeling my way to here is the modern danger of losing the totality of perceived reality, which we have been fearfully and wonderfully made to experience. It’s among the most basic parts of our heritage from a loving Creator. We need to appreciate that all the technological additions to that are also subtractions from it.

This is so at the trivial level. For example I need my varifocals to see well nowadays, and being tailored to my astigmatism they give me a pleasing sense of being a couple of feet taller than my very average natural stature. But the rims give my field of vision a firm boundary that (by some magic) unaided vision lacks. In some way that, together with the lack of a glassy barrier and the touch of the wind on the corneae give an extra dimension to sight – one does not just see the world, but is part of it in a way that the spectacles diminish, as they bring it into focus.

If that sounds fanciful, a research neurologist specialising in the sense of taste was discussing on TV yesterday how flavour is produced not only by taste and smell, nor even texture, but by touch, sight and even hearing. And by memory, of course. It all goes with the understanding that we humans are a complex unity and not merely an assemblage of sense receptors. I see with all my senses, and if my eye is good, my whole body is filled with light (as somebody said…). In-ear mp3 players damage your vision, and iGlasses your sense of smell, if you’re not very careful.

My main aim here was to speak of the richness of daily mundane experience compared with the glitter of technological augmentation, but the topic does also have some degree of relevance for science, which has tended to take the normal world of sensation for granted, and to push the boundaries of perception out via instruments to find “deeper” truth. There is a tendency to acknowledge only the most basic role for the senses – the reading of data, the analysis of images, or the beeping of instruments.

Only the likes of Goethe have sought to concentrate more attention on studying, and refining,  what our senses receive directly. Geneticist Giuseppe Sermonti records a joke about a biologist who wagers a shepherd one of his sheep that he can guess the number in his flock. He gives the right answer, and triumphantly picks up his prize. “You’re a molecular biologist then?” says the shepherd. “Yes – how on earth did you know that?” replies the scientist. “Just a lucky guess,” answers the shepherd, “but you can put my dog down now.”

Similarly, one can see the astonishing images from the Hubble telescope, and read equally astonishing facts, statistics and theories associated with them. The knowledge so gained is real, and valuable. But isn’t it the case that one gains an infinitely better existential sense of fundamentals like the scale of the cosmos simply by going outside on a clear dark night? Technological man has no real advantage over the writer of Psalm 19 here – in fact potentially he is worse off, for some astronomers now gain all their data from computers, and never even look at the night sky: that’s the domain of the amateurs. We’re told that the naked eye can see only 5,000 stars – yet something in unaided vision was able to convey to the Old Testament writers that they are actually numberless. Paradoxically one can sense more stars when out under them than by counting the spots in a high definition photograph of the star-field in Cygnus.

I won’t be abandoning my spectacles any time soon, nor my car, nor even my camera. And I certainly have no quarrel with the pursuit of science through instrumentation. But it’s good to remember that we are privileged to be grafted directly into the stuff of the universe through an integrated and multi-faceted system of sense and mind. It can give us an insight into reality more fundamental than any other – so accept no substitute. 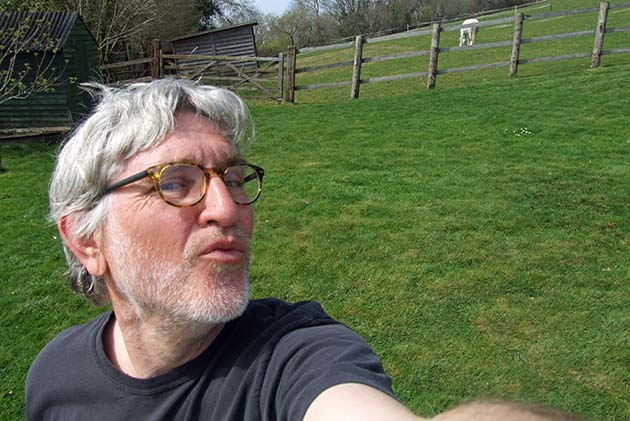 The beauty of Devon perceived through modern eyes