Arguments for the framework view of Genesis – part 2 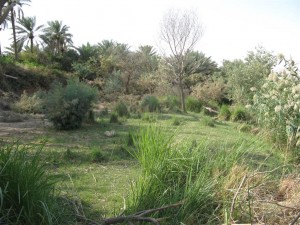 Next, the figurative nature of the creation week is implied in the reason given in Genesis 2:5 for why vegetation hadn’t appeared in the land: “before any plant of the field was in the earth and before any herb of the field had grown. For the LORD God had not caused it to rain on the earth, and there was no man to till the ground.”

Probably this is not describing the entire planet, but specifically the land where Adam was about to be created – that is, the land marked by the Tigris and Euphrates rivers. Just prior to Adam’s formation, the text tells us that there were no plants or herbs in this land. But why are they absent? Not “because God hadn’t created them yet.” Rather “because it had not rained.” In other words, the reason given for the barrenness of the land is a natural reason: the absence of rain.

The point is made, then, that we are beyond the time when God originally created the vegetation. The reason for its non-appearance is not because it hasn’t been created yet, but because it hasn’t rained – we’re in the dry season – and (in the absence of rain) there’s no human irrigation of the dry soil owing to there being no man in the land.

Thus “no vegetation in the land because it had not rained” implies that the creation of vegetation happened a good while previously, and that we are now in the dry season waiting for the natural rain-cycle to make the soil green again. So then, all of this paints a picture of natural cycles of rain and growth having been fully established. This extends the time-span well beyond the three 24-hour days envisaged by the “literal” interpretation of the creation week (vegetation created on day 3, man on day 6). The creation “week” of Genesis 1, therefore, is once again best understood in a figurative sense.

Finally, the figurative nature of the Genesis week is indicated by Adam’s exclamation at the creation of Eve: “Now at last this is bone of my bones and flesh of my flesh…” (Genesis 2:23).

The description of Adam’s life in Genesis 2 after his creation but before Eve’s creation seems to indicate a longer period than the daylight hours of a single day. Adam is created; he is placed in the Garden of Eden to tend and keep it; he names all the animals, and concludes that there is no suitable companion among them; God’s verdict about it not being good for the man to be alone registers in Adam’s experience; God puts Adam to sleep and creates Eve from his side; when Adam recovers, he exclaims on seeing Eve, “Now at last, this is bone of my bones and flesh of my flesh; she shall be called Woman, because she was taken out of Man.” The phrase “now at last” (which is the best translation of the Hebrew) would indicate quite a long wait on Adam’s part.

The picture of the daylight experiences and activities of Adam in Genesis 2, then, points to a considerably longer period than a single working day. If it was all compressed into the daytime hours of one day, it raises serious questions of credibility.

(a) Modern animal population specialists estimate that there are roughly 9,500 bird species and 4,500 mammal species in existence today. Fossils indicate that bird and mammal species have suffered a high extinction rate since the dawn of humanity. There were very many more of them around in Adam’s time than now. Could he reasonably have examined and named them all in a few hours, without our having to speculate that he had supernatural powers of phenomenal speed (about which the text says nothing)?

Even if Adam named only a portion of the birds and mammals, those that lived specifically in the Garden, the text still gives the impression of a very large number: “every beast of the field and every bird of the air… And whatever Adam called each living creature, that was its name. So Adam gave names to all cattle, to the birds of the air, and to every beast of the field” (Genesis 2:19-20). The language doesn’t suggest only a few species, but a considerable abundance. And so again, could Adam have examined and named such a large number in a few hours, without our having to impose on the text speculations that he had supernatural powers of speed ?

(b) What does Adam’s exclamation of “now at last” mean concerning Eve, if he had only felt his solitude for a few hours?

It seems reasonable to hold that the experiences and actions narrated in Genesis 2 lasted longer than the daylight hours of a single 24-hour day. If so, then the calendar-time or clock-time depicted in creation “day” six of Genesis 1 – describing the creation of both man and woman, Adam and Eve – was longer than 24 hours. The creation “week”, consequently, is once again best understood figuratively.

How does the Framework view relate to the 4th Commandment?

A Reformed Framework view of this question would be that the literal human week receives its divine sanction in the “revealed week” of Genesis 1. Just as God has revealed His creative activities in Genesis 1 in the framework of a week (six creative days plus a period of rest), so on the basis of that revelation He has conferred authoritative status and structure on the human week in the life of His people. Our natural week derives its ultimate legitimacy from God’s revealed week. Thus the “framework” of divine revelation in Genesis 1 has (in effect) created the shape and structure of literal human time for God’s covenant people.

There is no need to demand an absolute one-to-one correspondence in “real time” between the human week (seven 24-hour days) and the period of time described in Genesis 1. Such a demand would make nonsense of God’s seventh day, which is not a literal 24-hour day, but has no end. The divine sabbath does not sustain a one-to-one correspondence in “real time” with our human sabbath (unless we work for six days and then retire for the rest of our lives!).

Hence there are textual reasons for not demanding that the human week be a precise replication of an alleged divine week of seven real-time 24 hour days. All that needs to be replicated in the human week is the divine pattern described in Genesis of six working periods followed by a period of rest. This pattern of 6 + 1 is what the human week echoes and reflects. 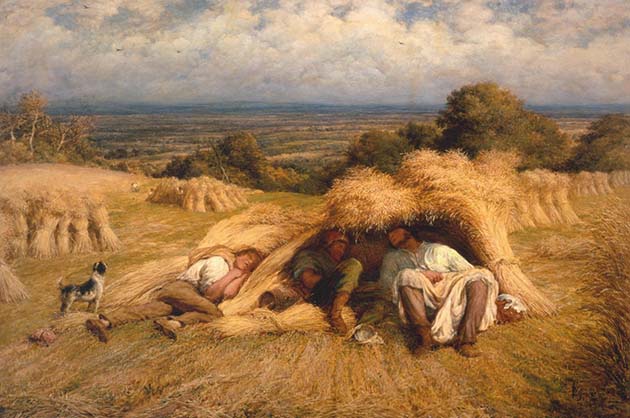