The mystery of artificial selection

Things have been quiet on The Hump for the last week because I was on holiday in one of the most beautiful places on earth (not counting here), close by the second biggest natural harbour in the world. You guess.

I caught the end of a piece on TV there that led me to further reading, about Robert Bakewell, the father of selective breeding of livestock. 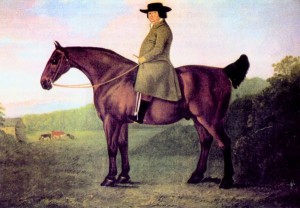 It intrigued me because I’d always assumed that when Charles Darwin modeled natural selection on selective breeding, he was drawing on a long-established tradition of incontrovertible knowledge. But, it seems, he was actually building on relatively recent scientific theory and practice stemming from this one man, Bakewell.

As the Wikipedia entry shows, Robert Bakewell was an innovator in all kinds of measures for agricultural improvement, in which selective breeding for desirable traits in livestock was just one. The universal language about “improving the breed” that one finds in nineteenth century, and later, writing not only about agriculture, but dog-breeding and even eugenics goes back directly to Bakewell. So he ought to be more of a household name than he is, but then he’s regarded as a farmer rather than a scientist, like Patrick Matthew. Darwin acknowledged his debt to Bakewell in Origin of Species, but from our perspective perhaps we underestimate just how fundamental Bakewell was to his thinking, and presumably also to Wallace and those who also dimly perceived the idea of natural selection.

Wikipedia’s entry on selective breeding sketches the historical existence of human selection before Bakewell, but one gets the sense that before him the concept may have been far muddier than we would assume in hindsight. It talks, for instance, of how cultivated forms of cerials developed by selection from wild types. But it acknowledges that this may have been largely fortuitous:

Selective breeding can be unintentional, e.g., resulting from the process of human cultivation; and it may also produce unintended – desirable or undesirable – results. For example, in some grains, an increase in seed size may have resulted from certain ploughing practices rather than from the intentional selection of larger seeds.

I’ve read elsewhere that the early cultivation of wheat may also have accidentally favoured those less common variants with harder seeds. In subsistence agriculture it seems unlikely that farmers would have had the luxury of deliberately saving “better” strains for planting.
Wikipedia goes on in historical vein:

The notion of selective breeding was later expressed by the Persian Muslim polymath Abu Rayhan Biruni in the 11th century. He noted the idea in his book titled India, and gave various examples.

“The agriculturist selects his corn, letting grow as much as he requires, and tearing out the remainder. The forester leaves those branches which he perceives to be excellent, whilst he cuts away all others. The bees kill those of their kind who only eat, but do not work in their beehive.” 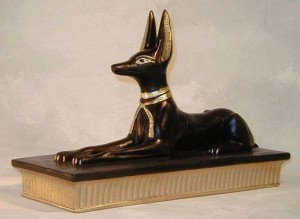 But that text doesn’t actually suggest the idea of selective breeding at all. The corn example is to do with quantity, not quality; pruning is nothing to do with breeding; and if the bee example corresponds to reality, it has more to do with policing than improving the breed. That’s not to say that no selective breeding took place in ancient times: greyhounds date back to ancient Egypt, and their differences from ancestral wolves presumably reflect breeding either for function or aesthetics.

But such examples apart, the assumption that ancient (that is, pre-Bakewell) breeds of livestock arose from the deliberate selection of favourable traits may only be hypothetical. Perhaps the farmer breeds from the good sheep-dog simply because he gave the others away, or ate them. Darwin himself acknowledged some mystery:

We are profoundly ignorant of the causes producing slight and unimportant variations; and we are immediately made conscious of this by reflecting on the differences in the breeds of our domesticated animals in different countries,—more especially in the less civilized countries where there has been but little artificial selection.

Darwin also noted, with interest, that in his time two of the foremost breeders, seeking only to breed true from one of Bakewell’s strains, had in just a few decades actually produced populations that were almost separate varieties. Darwin himself put this down to the instinctive skills of good breeders for finding “the best” independently of individual traits. But that is only hypothesis – there might well be other reasons for divergence, either from invisible natural selection, or from intrinsic targeting of variations by the animals themselves over time apart from any type of selection.

Another thing unknown to Bakewell and Darwin, which is in retrospect important both in husbandry and evolution, is the existence of the inherent limitations to “improving” breeds by selection for traits. Nineteenth century critics of Darwin pointed out the “glass ceiling” shown in any species bred for desired traits. Not only are limits soon reached (contra to Darwin’s open-ended concept of evolution), but gains in some traits are found invariably to correspond to serious losses in others. Wikipedia’s article cites an example:

However, single-trait breeding, breeding for only one trait over all others, can be problematic. In one case mentioned by animal behaviorist Temple Grandin, roosters bred for fast growth or heavy muscles did not know how to perform typical rooster courtship dances, which alienated the roosters from hens and led the roosters to kill the hens after reproducing with them.

The observable phenomenon of hybrid vigor stands in contrast to the notion of breed purity. However, on the other hand, indiscriminate breeding of crossbred or hybrid animals may also result in degradation of quality.

The health problems associated with all modern breeds of farm livestock, as well as dogs, cats, horses and plants both for agriculture and gardening, are not, it would appear, simply what happens inevitably when humans domesticate species. They are the direct result of the scientific approach to “improving the breed” pioneered by Bakewell in the eighteenth century. Though in fact they had already been seen in the inbreeding of royal dynasties like the Habsburgs. Bakewell was not, in point of fact, improving breeds at all, but achieving a far more equivocal technology of “forcing” certain useful aspects at the expense of general vigour.

Much breeding practice now, with its increasing emphasis on the genetic makeup of stock, is an attempt to correct the weaknesses in the whole 18th century concept of selective breeding. “Biodiversity” is encouraged through the preservation of old varieties in seed banks, and even the Kennel Club is beginning to grow out of the primitive idea of “breed purity” in favour of identifying, and diminishing, the crippling effects of two centuries of “improvement”. These are highly targeted manipulations of genes, linked as intelligently as possible to potential phenotypic problems. As little as possible is left to nature. It’s a far cry from Darwin’s simple correlation:

Even so, another programme I heard on radio whilst on holiday shows that a quasi-platonic ideal of perfection still exists – there was something disquieting about the pride with which a breeder said that his prize bull, though only a year or so into its reproductive life, had already fathered 130,000 calves across the world through harvesting of its sperm. That, too, looks radically different from the diversity inherent in nature.

“Uncovering Robert Bakewell”, then, seems to me to show that we should be quite careful about viewing Darwin’s theory as, if you like, a novel and more general application of the universal experience of changes in domestic species over time. Rather, Darwin’s and Bakewell’s thinking both arise from the same intellectual climate. Once one recognises, and allows for, the very specific influence of Bakewell, then it begins to appear quite possible that factors quite apart from human selection have a lot to do with why a Texan Longhorn is so different from a Park White, or a Jacob from a Southdown. 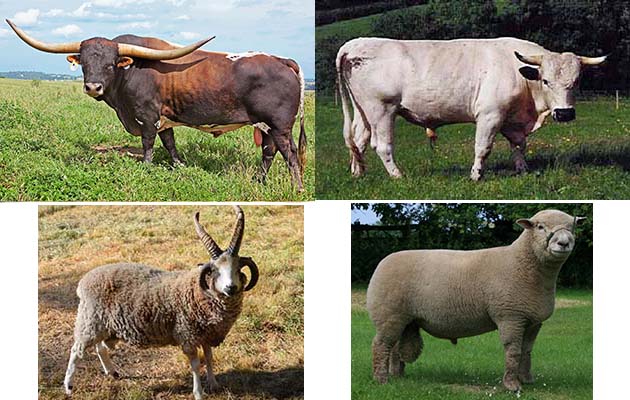 2 Responses to The mystery of artificial selection