The role of eclipses in the culture wars

Last night we had a total eclipse of the moon across Europe, which since it coincided with the recently popular category of a “supermoon” event got lots of press coverage. 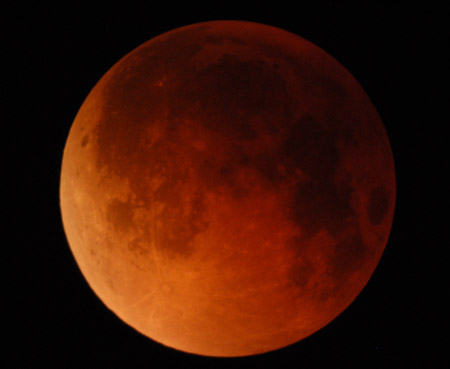 Mrs G and I have already seen a good number of these events, as keen armchair astronomers. Most memorable was the one we saw when we stopped for fish and chips as the family returned from its summer holiday, when a shopping precinct full of late-night shoppers and lounging teenagers astonishingly went about their mundane business oblivious to the moon turning to blood above their heads. This confirmed to us that the heavens mean very little to most people – try getting your neighbour to identify Jupiter or Mars on a clear night.

Anyway, always interested in God’s marvels, we’d have been keen to see the recent eclipse if it hadn’t been at 3am, and our daughter due to arrive for a visit today. Although we accordingly weren’t keen enough to set the alarm clock, at different times in the night our aging bladders turned out to do a very adequate job of waking us, and we got a good view of proceedings with minimal interruption to our our beauty sleep. It’s interesting to consider what a rare cosmic phenomenon such a sight must be – one needs a moon large enough to see clearly, and an atmosphere of just the right kind to refract the red spectrum on to it rather than leaving it in total darkness. So it’s a privilege not much more striking than that of a total solar eclipse.

It was good that on the BBC radio’s “religious slot”, Thought for the Day, this morning the speaker was Revd Professor David Wilkinson. He came from a career as a theoretical astrophysicist, studying (to quote his CV) “star formation, the chemical evolution of galaxies and terrestrial mass extinctions such as the event which wiped out the dinosaurs,” noved into the Methodist ministry and now runs St John’s Theological College, Durham, where science and faith is still very much one of his interests.

His subject was the “beauty” of scientific theories and their link with simplicity and intelligibility, which followed on well from the previous news item about an Italian scientist who’s just written a short idiot’s guide to the clarifying concepts of the major theories of physics, like relativity and quantum theory. Wilkinson, of course, connected this intelligibility to a rational Deity, whilst dropping the obligatory BBC hat-tip to those-of-other-faiths-and-none. He rounded off his five minutes by reminding us how that sense of wander and worship made it worth his while setting the alarm clock (rather than the prostate gland, apparently!) for 3am. All in all it was a good reminder that creation doctrine is a central part of Christian faith, and that science forms a firm basis for the natural theology that helps unpack creation.

And that’s why I decided it was worth a short blog on eclipses. To avoid repetition I checked out the piece I wrote on the last solar eclipse, and noticed that the papers then had linked the eclipse to the story that “two Fundamentalists in America predicted the end of the world, and the UK Independent printed the story as ‘”Beginning of the end of the world”, say Christian pastors'”. I noted that the story had prompted (as perhaps was intended by the editors) a welter of comments from Gnu-types on the stupidity and anti-scientific nature of religion.

That reminded me that, in the run up to the lunar eclipse over the last week or two, the Independent’s coverage has again not been primarily scientific, but religious. They managed to find one US tele-evangelist who (allegedly) linked the event to (alleged) biblical prophecies of the end of the world, and somehow implied that he constitutes “minority Christian groups” and “some religious leaders” rather than a crank who didn’t know the combination happens every few decades. Later they transferred coverage to a Mormon prophetess, who is disowned by the organisation of that religion, giving the impression that her similar doomsday predictions for the eclipse were seriously considered by the anxious Mormons before being, on balance, rejected.

To quote the Indie, after quoting all possible biblical texts about the moon turning to blood:

Present day biblical theorists who follow the teachings have been worried that in a period somewhere between September 22 to 28 2015, the world will end.

And although sources are vague there has been enough speculation on social media and elsewhere for NASA, which has an automated collision monitoring system, to issue the following statement “NASA knows of no asteroid or comet currently on a collision course with Earth, so the probability of a major collision is quite small,” said a spokesperson in comments reported by Yahoo News.

“In fact, as best as we can tell, no large object is likely to strike the Earth any time in the next several hundred years.”

This particular story seemed to be mainly missed by the Gnus, generating instead rather mystified comments from Christians, one of whom wrote:

No-one in the born again Christian community in the USA thinks that the world is about to end, except for a few Youtubers. Much of this is generated for the same reason that The Independent published this story – to sell copy and ads.

Well, that’s probably true, but it’s a recurrent pattern for the Independent, and other news sources, to cover eclipses in terms of religious people expecting the end of the world in line with the grossest mediaeval superstition. They quote all the apocalyptic passages they can to demonstrate how it’s actually “in the Bible”, omitting, of course, any scholarly theological comment on the proper interpretation of apocalyptic.

Instead, NASA is pitted against “religion”. You have to wonder whether the propaganda agenda is purely journalistic, or partly stems from NASA itself, since they felt it worthwhile issuing a sanely scientific rebuttal of … a couple of YouTube rumours based on “vague sources”. I don’t remember them issuing a similar rebuttal to A Grand Day Out when it claimed the moon is made of cheese, even when the film won an Oscar.

And so, to Joe Public, the story of the eclipse is spun as Science™ calming the panic of the superstitious faithful. Meanwhile, millions of the faithful across the world were actually in their labs, offices and churches commenting on the wonders of God and setting their alarm-clocks, or bladders, rather than expecting to be woken by the Last Trump.

But they are, perhaps, feeling just a little bit more marginalised by an Establishment publicity machine with a crude secularist agenda. 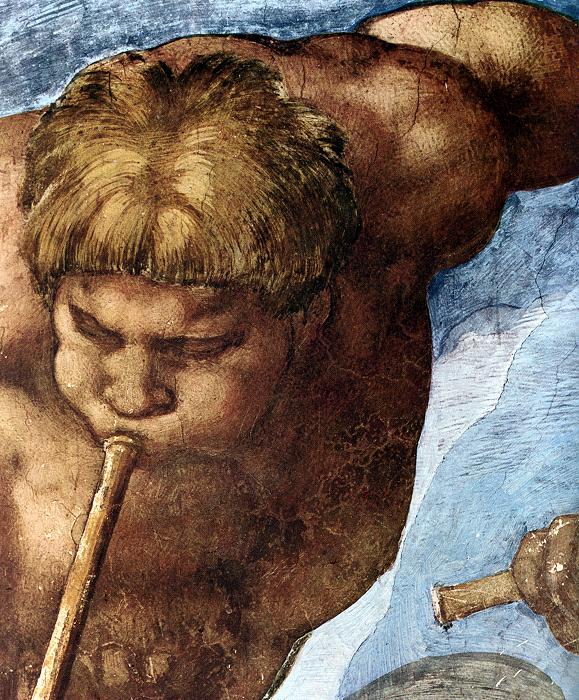 2 Responses to The role of eclipses in the culture wars