My wife’s cousin, an academic historian, was staying over Christmas. We were watching the news, of which the first half was about the severe storms causing extensive flooding in northern England and southern Scotland, and the the second half about unprecedented snowfall and tornadoes sweeping the United States. Cousin suddenly remarked, “I think God’s trying to tell us something.” 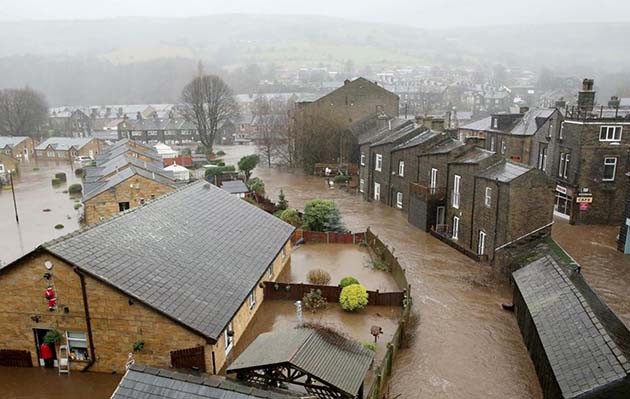 Now, she’s not a believer and the remark was probably ironic, given that I had told her some of what I’m working on about God and the natural Creation. At one level, I was annoyed at the way God only gets dragged into the world when someone wants to blame him for it. The real subtext of both news reports, of course, was the likely link to global warming, and equally obviously the suspected anthropogenic nature of that warming.

To whatever degree one accepts that story, the received secular wisdom is that our careless industrialisation has increased greenhouse gases to the point where damaging climate change is an inevitable consequence. So for secular people to say “God must have it in for us” rather than “We’ve really messed up this time” is, to say the least, setting up an Aunt Sally.

But I was concerned in another way at a deeper level, because just the week before I had been researching the biblical teaching on God’s relationship to the natural creation, given that I have long held (again from the biblical evidence) that the common idea that nature has “gone bad” can’t be sustained as a Christian doctrine.

Perhaps surprisingly, one of the clearest sources for God’s relationship to nature is the set of covenant blessings and curses in Leviticus 26, which is reiterated in variant ways in Deteronomy 28 and Joshua 24. The big deal is this. Remember that the Mosaic covenant of Mount Sinai is the central core of Israel’s existence as God’s people, and therefore of the existence of Christianity too.

After the Exodus God promised Israel their people, land, and his own presence in Temple and Torah, conditional upon their faithfulness to him. Their persistent rebellion eventually resulted in the abrogation of the covenant and their exile to Babylon. But this was accompanied by the prophetic promise of a new covenant based on the unconditional previous promise to Abraham. This life-from-dry-bones covenant would not only finally end their exile, but restore the presence of God, defeat all their enemies including death, and bring the gentiles into obedience to Israel’s God. I should not need to remind you theologically educated folks that this is the selfsame covenant (the “New Testament”) that Jesus claimed to fulfil in himself, vindicating God’s faithfulness to Israel.

The Old Covenant was superceded not because it didn’t work, but because (in its own terms) it did – Israel broke it, and God acted to end it.

With the centrality of the Covenant established, I can go on to say that the “policing” of Israel’s faithfulness was based on the blessings and curses in the chapters I have named. Maintain faithfulness, said Yahweh, and I will bless you – break faith, and I will punish you.

My main point is that the majority of the means God said he would use for this were the forces of nature, under his complete personal control for good or for ill, as circumstances demanded. These forces included the weather, benign or destructive; the partly consequential success or failure of crops; health or disease; wild beasts harmlessly in the wild places or molesting people in their homes. Note that these forces are morally neutral – they are God’s obedient servants for his government of, in this case, his chosen people, and the same elements of nature are used for both blessing and cursing. 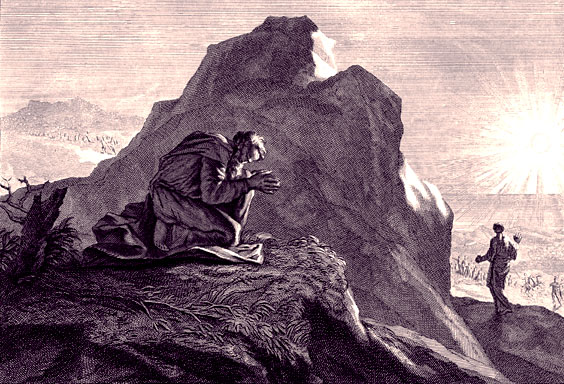 The biblical narrative goes on to describe how this worked out in practice, for example in the drought under Elijah, but although its emphasis is, naturally, on Israel, there is evidence aplenty that God governs the whole world in the same way. The blessings and curses are not about miraculous interventions, but about God’s normal interaction with nature – Israel (and thus the other nations too) would always be experiencing either blessing or judgement, because God is the hands-on governor of his world, not an absentee landlord.

The significance here is that the Bible is not merely expressing an abstract belief that God influences nature, nor incidentally assuming a primitive worldview in which personal powers replace scientific laws. The fact is instead that the central basis of Israelite religion – the Covenant – depended on God’s being the kind of deity who exercises ongoing sovereignty over natural forces. The Covenant eventually succumbed to that hands-on sovereignty (principally, though, through his sovereignty over human forces, which is an issue that needn’t divert us here). Christianity, which is in essence the restatement of the Abrahamic promise through the New Covenant promised by Isaiah, Jeremiah and Ezekiel, necessarily inherits that worldview – which is, after all, what theism, as opposed to deism is all about.

We believe, do we not, that God is sufficiently in control of creation that he will restore and renew every part of it at the coming of Christ. So why is it that we have completely sidelined what the Old Testament (and the New, if you know where to look) teaches us so consistently about God’s control over nature?

When it comes to climate change, the scientific models are sufficiently crude as to be controversial – uncontrolled burning of fossil fuels may well be causing raised temperatures, and we can make some educated guesses as to whether that will mean melting polar ice or an ice-age from diversion of currents. But it’s only the measuring and interpretation of the data that leads people to say, “It looks like the models may be approximately right”. There are still plenty of surprises, like places anomalously getting colder, pauses in warming and so on. The weather remains a chaotic system, whose precise chains of causation are largely obscure to us, and will always be.

If we really took our biblical theology seriously, we’d be thinking in terms of what God is doing with the weather, not whether he is permitted to be involved at all. It’s the God of Deism or materialism who keeps his hands off the world, not the God of Jesus Christ (and of Abraham, Isaac and Jacob).

We should be wondering whether God may be mitigating the effects of our industrial folly, holding back the effects of climate change, or else leaving us to learn the lessons of wisdom the hard way. He may even simply bringing increased meteorological disorder as an age-old response to our increasing moral and spiritual disorder, irrespective of the statistical models on greenhouse gases.

This is not to say, I must stress, “Look at the bad weather. It’s a judgement of God for the commercialisation of Christmas/Gay marriage/Donald Trump.” Instead it’s to take our Christian theism seriously – Jesus is Lord of creation. Really. The Resurrection and the Ascension made it so, even had it not been the Logos of God who formed all things in heaven and on earth..

It’s to accept the biblical teaching on nature as God’s chosen tool for the government of the world, and thus to combine our serious practical, political and scientific responses to the climate with serious recourse to intercessory prayer about the weather by the churches that claim to believe in God rather than naturalistic materialism, unless their claim is actually empty posturing by practical materialists.

And, dare I say it, it’s also to have recourse to conscious repentance on the part of God’s people for ousting him, in our thinking, from the lordship of his world. 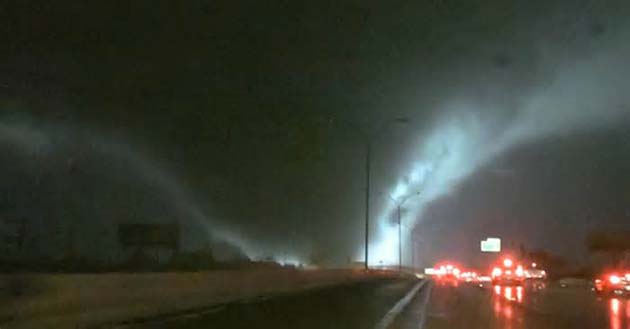