Here is a link to chapter 3 of my book.

Since this chapter introduces my first citations from the Church Fathers, regarding the exposition of Romans 8, some explanation may be in order.

First, on their use here, which is quite different from that in the next section of the book. There, the aim of the argument is to show that there is very strong Patristic testimony in favour of the concept that the natural creation is not fallen. Here, they are used to bring some light on the history of the interpretation of five verses in Romans 8 that are usually simply mapped uncritically to the present concept of a natural creation gone bad.

In the chapter, the passages are not quoted directly, in the first place because it would have made the chapter very unwieldy, and secondly because one needs to digest the Fathers’ arguments in their context, and pull-quotes inevitably detach them from the developing thought (and the overall authorial intention). For that reason I opted to distill their use of the verses in question, because otherwise I would have needed to quote several pages at a time.

Second, regarding my own acquaintance with the Fathers. I first started reading them back in the 1980s when I had unusual access to Chelmsford Cathedral’s Knightbridge Library through the librarian, a scholarly gentleman who was my patient. The library was wonderfully out of range of telephone contact – a great benefit for a doctor – and was unused by anyone else except a theology scholar who travelled down from Hull University occasionally. The original Reformation stuff was pretty priceless (Geneva editions of Calvin and Luther, for example – unfortunately in Latin), but I occasionally took out the Victorian Patristic editions, which were less valuable, and I well remember reading Origen on the London Underground on the way to a medical conference.

I bought my own set of the Ante-Nicene Fathers in 1993, and they have proved a valuable and oft-visited resource in my studies, and it was this which I consulted for this chapter as well as the main Patristic section of the book later on. Fortunately the Fathers are now easily available online, so I have included links below for you, though you’ll have to get the exact references from the footnotes and, most importantly, read and digest at least the entire context before and after – though of course, ideally the entire works.

Only this last labour will be sufficient to drive home the fact that, in many cases, the Fathers were simply not interested in the questions that we moderns are asking, and so we are always in danger of mis-applying the answers we find. One graphic example of this is relevant to the whole book, and that is the idea very current amongst theistic evolutionists, deriving largely from John Hick, that the Fathers developed two competing theodicies of nature, the Irenaean and the Augustinian. Such a construction is, in my view, imposed on the writings, not derived from them. 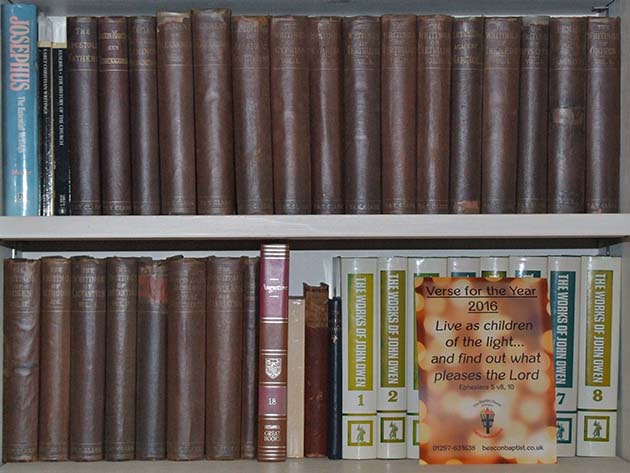 LINKS TO THE CITATIONS:

Methodius:
http://www.newadvent.org/fathers/0625.htm
Ch VI has described only mankind as corrupted by an enemy, and Ch VIII turns to the question of the non-human creation, where Romans 8 is first mentioned. Creation’s groaning is described as being “on behalf of man”. Ch IX goes on to expound the natural creation’s transition not from evil to good, but from original to better.

Archelaus:
http://www.newadvent.org/fathers/0616.htm
The citation is in ch37.

The Augustine citations appear not to be available in English translation, at least online.