Water, the building block of life

Well, by that I don’t mean what NASA means. Michael Denton in Evolution: Still a Theory in Crisis argues from the the astonishing emergent properties of water, which I discussed in the last post, to the idea that similar emergent principles underlie many of the most important features of life, and hence of evolution. My title, then, is intended to suggest that similar principles are involved in the properties of water and life.

This is eminently reasonable, given the mass of evidence he brings of non-adaptive, taxon-defining characteristics persisting over hundreds of millions – and in some cases billions –  of years. Again, as I touched upon in the two previous posts, there are no developmental pathways either in the rocks, or that are even plausible in imagination, for many of these. They appear saltational.

A good illustration of how this seemingly miraculous (and actually not far-from miraculous!) “natural” propensity may occur comes in his discussion of protein structure. When thought of conventionally as linear sequences altered “bottom up” by adaptive or neutral processes, the likelihood of the vast array of amazingly functional proteins seems very low, except to those whose imaginations are blunted (or do I mean “overstimulated”?) by blasée Neodarwinism. But, he suggests, if natural law somehow “contains” the whole range of functional “forms”, proteins will have an innate tendency to “nestle” into those 3-D structures, and the actual base sequences will follow suit – within, perhaps, fairly broad limits not closely related to evolutionary history.

It’s worth just reiterating that the “emergent laws” Denton postulates cover a vast majority of the classifying features of life. At one end comes DNA, a defining feature of all life in the absence of much traction for RNA-world. We have a near-optimal universal code (with only minimal variation across taxa), defying any serious concept of its evolution – even before one considers the conceptual barrier to “evolving” a semantic code highlighted by Biosemiosis.org. And yet there is evidence that the whole complex system of DNA translation and replication evolved twice. You can think “miracles” or “constraining laws”, but “parallel adaptations” really doesn’t wash.

At the intermediate level are the bauplans of major taxa: the features that define the nested heirarchies. One instance is the 1-2-5 pentadactyl limb of vertebrates from frogs through to princes. Another is the persistence of the insect form (with its specific number of segments) through millions of insect species from goliath beetles to endo-parasitic wasps. One can add the feather, the enucleated mammalian red-cell, the placenta, and so on.

Denton sees microevolution as demonstrably adaptive (as do many Creationists, of course), and does not preclude an adaptive element even to some of the “grand” elements he attributes to emergence. For example, the pentadactyl limb appears to have been “for” locomotion on land from the start, rather than digestion or reproduction. But “emergent” non-adaptive features occur at even the lowest taxonomic levels. The zebra’s stripes have now been shown not to be protective against predation, just as McAtee found early last century, arguably, that aposematic (garish) and mimetic (camouflaged) insects were equally predated by birds.

Similarly new work shows the genetic difference between the giraffe and the okapi, its closest relative, to consist of a whole job-lot of interdependent changes in every system involved in coping with tallness. Goethe would look at the giraffe and see a unified form, not a patchwork of adaptations, and that seems to be how it has evolved. Emergent laws seem the best explanation for that.

But as we saw, the lawlike properties of water strongly suggest a divine cooking of the books. As Denton quotes atheist Fred Hoyle regarding carbon:

A commonsense interpretation of the facts suggests that a super intelligence has monkeyed with physics, as well as chemistry and biology, and that there are no blind forces worth speaking about in nature.

As Christians we don’t have to, and ought not to, accept that “monkeying” description – though depressingly many TEs do, as a response to my comment on a current BioLogos thread shows, in order to mitigate the “scandal” of God’s sovereignty. Rather, we say that physics, chemistry and biology are the expression of God’s creative work: you don’t monkey ex nihilo.

How much more “book cooking”, then, must be involved in the diversity of life than in the chemistry of water or carbon? Denton’s idea is that with certain orders of complexity – nay, certain patterns of complexity – certain biological features are bound to arise. Perhaps anywhere that life occurs in the universe, we will find pentadactyl vertebrates and even recognisable human beings.

But there’s the rub. As Sy and I discussed here recently, there is no good evidence for life anywhere else in the universe. And as far as we can tell, the conditions for the emergence of the 1-2-5 pentadactyl limb, or the stable and mathematically unusual patterns (lots of Fibonacci numbers everywhere) of any of the other diagnostic characters of living things, have usually emerged only once.

That may not be exhaustively true – it does occur to me that structuralism may be part of the “hidden” explanation Simon Conway Morris is looking for, in “convergent evolution”. Perhaps tigers and thylacines, or proteins in different branches of the tree of life, converge on the same structural laws, rather than the same ecological niches.

One might mischievously even take structuralism to extremes and suggest that taxonomic or cladistic traits represent conformation to natural law instead of common descent – though you’d have to explain then why broadly similar types just happened always to be around when taxa arise.

No, the persistence of lawlike features through common decent is, as Denton assumes, far more likely. But it’s still subject to a kind of historical contingency, if a pre-ordained one, in that the bauplans have only emerged once: you need a chordate for pentadactyly to emerge, and an annelid (presumptively) for the various arthropod body plans to emerge.

Furthermore, unlike the chemistry of water or carbon, so far these “laws” of life cannot be elicited experimentally, quite apart from being understood. If life emerged from natural law, the special conditions required have nevertheless resisted any effort even to conceive, let alone copy, its creation. Likewise, though you can create artificial snowflakes, nobody has turned a polychaete into a millipede, or even an okapi into a giraffe. If they did, it would only be through copying what God first designed (a good point first made to me by a Catholic priest on a cruise ship in 1968!)

It may be possible to abstract some simple mathematical principles of emergence in due course, but the fact remains that what actually emerges through them is unexpected, complex, functional, beautiful, interdependent and endlessly creative. In effect, for God to ordain a “law” that, being interpreted through emergence, means “Let the universe be such that such and such forms of life exist at such and such times and places”, is very little different from his pronouncing, through his Logos, “Let the earth bring forth living creatures after their kinds.”

In other words, “law” would just be a way of describing (rather than comprehending) God’s creative and providential management of the world: any law that determines that in the Devonian, vertebrates will take to land on a four pentadactyl limbs and retain them up to mankind’s creation is less like a differential equation than a detailed project specification.

On page 229 of his book, Denton summarises his case for “saltation beyond chance”:

Either the “jump” was, as mentioned above, already prefigured into the biology of the ancestral form and its actualization due to internal causal factors according to a structuralist “laws of form” framework (Owen’s “nomogenesis”), or it came about as a result of special creation.”

I ask why those alternatives are not just the same thing expressed differently. 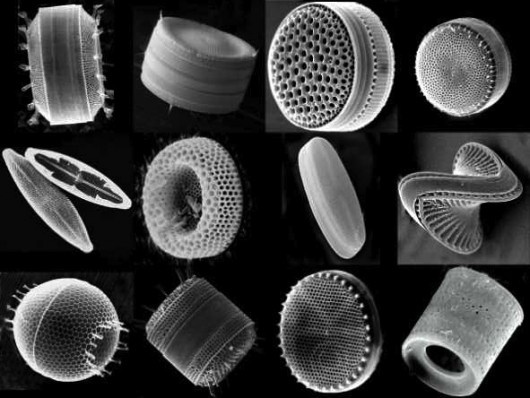