St Paul the Humpian at the University of Athens (GA)

Paul then stood up in the meeting of the Biology Faculty and said: “Hi Y’all! I see that in every way you are very statistical. For as I walked round and inspected your laboratories, I found a memo pinned to a notice board with this inscription: ‘Randomness is the measure of uncertainty’.

“Now, what you define as something unknown I am going to proclaim to you.

“The God who made the world and everything in it is the Lord of heaven and earth and does not live in some non-overlapping magisterium. And he is not served by undirected processes as if they were autonomous, because he himself gives all men life and breath and everything else. In one act he made every contingency of the Universe, and he determined the times set for them, and the exact places where they should occur. God did this so that men would seek him and perhaps reach out for him and find him, though he is not far from each one of us. ‘For in him we live and move and have our being.’ As some of your own statisticians have said:

“Therefore since we are God’s offspring, we should not think that the divine being is like ‘chance’ or ‘randomness’ or ‘indeterminacy’ – shadows made by man’s confusion and category error. In the past God overlooked such ignorance, but now he commands all scientists everywhere to repent…”

… When they heard about providential government of contingent events, some of them sneered, but others said, “Maybe you could do a piece for an obscure journal sometime, subject to space and favourable peer review, of course.” At that, Paul left the lecture theatre. A few men became followers of Paul and believed. But the University decided they were Intelligent Design Creationists and sacked them. 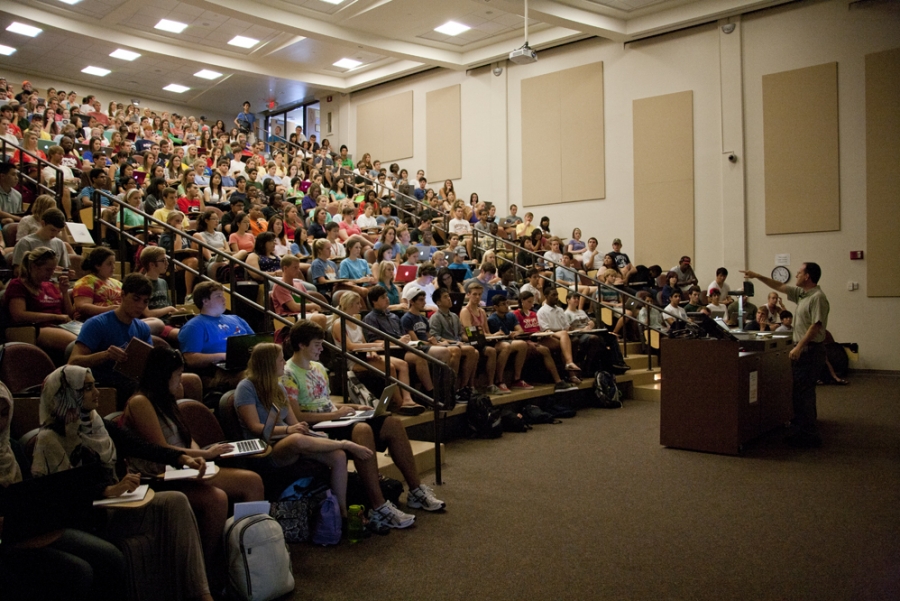