One of the most visually astonishing sequences in Attenborough’s Planet Earth II was one of a bird of paradise displaying. This is a common subject in Attenborough documentaries, and a particular interest of his. The sequence in question is not, apparently, on YouTube but this, from the original Planet Earth, will do the job for us here.

Birds of paradise are generally considered a textbook example of sexual selection, and most particularly of a population genetics scenario presented by R A Fisher, called “Fisherian runaway”:

Found only in New Guinea and parts of Australia, the birds-of-paradise are a case study in the evolutionary power of sexual selection. Their fantastic plumes and bizarre courtship displays are a result of millions of years of sexual selection at work in an environment with plentiful food and no natural predators.
Birds of Paradise – National Geographic Society

But when you look into this whole subject, it seems yet another one of those examples in which what is presented as “settled science” is actually paddling like fury to keep afloat.

Fisher, the mathematician, actually formulated his “runaway” hypothesis in reaction against the aged Alfred Russel Wallace, at the very dawn of population genetics. Wallace had an ambivalent attitude to sexual selection, and had disagreed with Darwin about it partly because he considered animals lacked minds to show such aesthetic preferences. With humans, Wallace said, things were different:

…when women are economically and socially free to choose, numbers of the worst men among all classes who now readily obtain wives will be almost universally rejected. . . . just as we advance in the reform of our present cruel and disastrous social system, we shall set free a power of selection in marriage that will steadily and certainly improve the character, as well as the strength and the beauty, of our race.

This seems rather utopian in retrospect. Back in the day, it was a belief in Western society that attractiveness to women was dependent on whether you played the saxophone, leading to a runaway proliferation of various forms of jazz. It was a hard blow to human evolution when some random mutation led to females suddenly preferring electric guitar players, a change leading directly to rock and roll. Or was it the other way round? My experience as both a guitarist and a sax player is that the girls in fact always go for the drippy vocalist who, like a teenage son, “only thinks of himself, always comes in late and can’t find the key.” 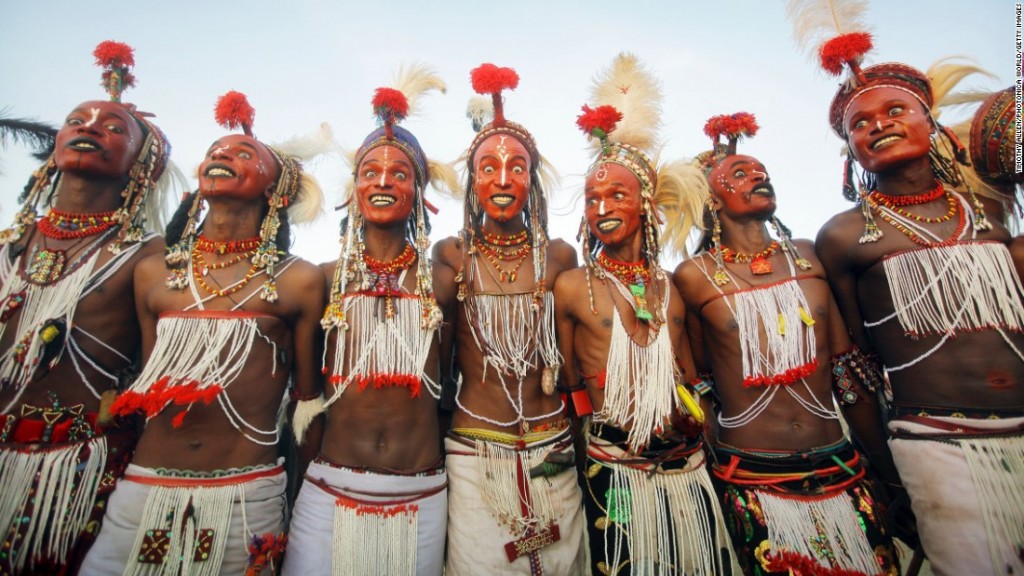 After the saxophone and guitar – the new big thing in sexual selection.

Be that as it may, Wallace, who had spent years observing birds of paradise in the wild, said that the females did not actually mate with the most spectacular males at all. Fisher, however, closer to the action in London, in 1915 set out to prove him wrong by presenting a mathematical model that female preference would indeed tend to select both increasingly ornate plumage and the female preference, leading to the rapid evolution of exotic displays (in polygynous species, at least).

It seems characteristic of how population genetics would develop that Wallace’s own on-the-ground observation counted for nothing compared to a mathematical model involving, as does all population genetics, many simplifying assumptions. Indeed, as the Wikipedian Oracle says:

Fisherian runaway has been difficult to demonstrate empirically, despite being theoretically plausible, due in part to the difficulty of detecting the genetic mechanism and the process by which it is initiated.

This is indeed something of a major issue, now it has become clearer from extensive human studies that complex behaviours are very difficult to link to genetic mechanisms, and now that the extent of cultural inheritance amongst higher animals, as opposed to Mendelian genetics, is emerging. Neither absurdly restricted female preferences nor the absurdly involved display dances that have arisen in tandem with the male plumage itself have plausible genetic mechanisms. Patrick Bateson writes:

My thinking is that a lot of the social scientists and people in the humanities still think of evolutionary biology as involving genetic determinism. They won’t have anything to do with evolutionary ideas because they see them as repellent and irrelevant to their own work. And rightly so. You can see why the social sciences wouldn’t want to embrace an idea about genetic determinism. But in fact, this idea has been more or less dropped in biology. A gene coding for behavior is not one you see very much nowadays.

If behaviour is not attributable to genetics, then the whole Fisherian model is built on sand – yet it works anyway, or at least well enough to remain a mainstream view. This would appear to confirm my hunch that population genetics is actually one of those theories that the mediaeval mind would have appreciated: it is held not because it is true, but because it sufficiently “saves the appearances”, like the astronomy of Ptolemy. Keep a lookout for how often you see it described as true “because it makes falsifiable predictions”, and then think of geocentrism, which successfully did the same for 2 millennia.

It’s hard to say, though, how closely Fisherian runaway actually does match the data: one recent paper argues that there is no evidence for particularly rapid evolution in the group. But adjusting a few parameters gives a different model of sexual selection that fits better. That is the beauty of models untrammeled by the need for empirical evidence.

Still, if we look at the alternative hypotheses, most of them still share Fisher’s  fundamental assumption that it is the inexplicably picky female that favours some ideal, and hence increasingly specialized, male plumage and behaviour. Fisher himself suggested one alternative: that females choose desirably ornamented males “with the a priori intention of having desirably ornamented (or sexy) sons”.

Another hypothesis suggests that the whole display rigmarole happens by chance to be associated with good survival genes (perhaps such males defend their territory better against equally ornamented rivals). Females “know” this and choose those males (rather than taking the simpler route of choosing the males that win fights). Why this principle works in corvids like the birds of paradise, but not in mice or vultures, is a question not answered. 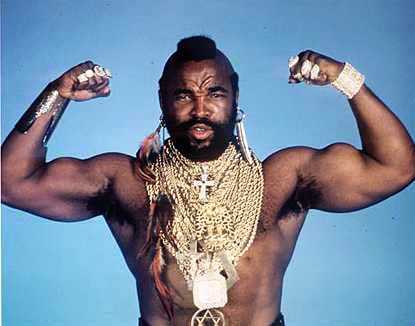 Yet another alternative is almost the reverse, suggesting that the selective disadvantage of the plumage is a selective advantage, in that it shows that such males have done well despite lugging around all their accoutrements of bling. Kind of like Mr T – if this guy can win fights whilst wearing a junkyard, he’s got to be worth hiring.

In all these variants some story can be constructed to make this plausible, and end up with females making their mating decisions on a similar basis to a Presley fanatic making her marriage choice based on the exact number of sequins in an Elvis impersonator’s jacket. You sometimes get a feeling that such theories could only arise in societies where girls play particularly hard to get – at least when being pursued by evolutionary biologists.

One problem with all this in an evolutionary context strikes me immediately. Here’s a selection of bird of paradise species. What do you notice first? 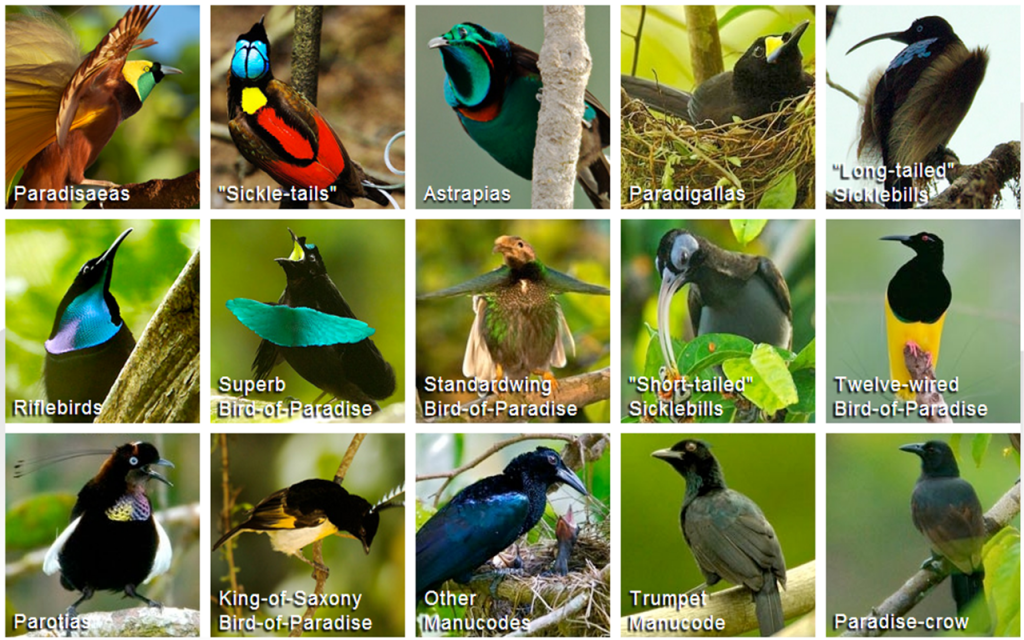 Yes, that’s right – they’re all very different. And that’s without considering the details of their associated courtship displays. Wikipedia tells us:

A 2009 study examining the mitochondrial DNA of all species to examine the relationships within the family and to its nearest relatives estimated that the family emerged 24 million years ago, older than previous estimates. The study identified five clades within the family, and placed the split between the first clade, which contains the monogamous manucodes and paradise-crow, and all the other birds-of-paradise, to be 10 million years ago.

Now, whether that evolution happened allopatrically, in populations separated by impassible barriers (such as the valleys of Papua New Guinea), or whatever, none of these theories explains the arrival of the extreme female whims allegedly triggering them. Why favour tuxedoed sax players in one valley, and sweaty heavy metal guitarists in the next?

However you explain how green-in-a-tree becomes this year’s scarlet-on-the-ground, sexual selection theories all put present species in an aesthetic cul-de-sac. Puff up your crop to show your blue feathers, do the military two-step just so, clear just the right area around just the right twig to catch the rays of the midday sun … and if even a leaf is out of place forget your chances, because sonny-boy across the stream is a player.

The grossest blunder in sexual preference, which we can conceive of an animal making, would be to mate with a species different from its own, and with which hybrids are either infertile, or, through the mixture of instincts and other attributes appropriate to different courses of life, at so serious a disadvantage as to leave no descendants. … it is no conjecture that a discriminative mechanism exists, variations in which will be capable of giving rise to a similar discrimination within its own species, should such a discrimination become at any time advantageous.

And that explains that. But not this:

Hybridisation is frequent in these birds, suggesting the polygamous species of bird of paradise are very closely related despite being in different genera. Many hybrids have been described as new species, and doubt remains regarding whether some forms, such as Rothschild’s lobe-billed bird of paradise, are valid.

What’s this? A male can’t get a mate if it can’t dot every “i” and cross every “t” of an animated uniform and a tightly choreographed set of drills which have evolved over millions of years (and apparently stayed stable for millions since). But he might nevertheless do all right because a female of some other species might fancy him and slum it. This is not even rare, apparently:

When Erwin Stresemann realised that hybridisation among birds-of-paradise might be an explanation as to why so many of the described species were so rare, he examinined many controversial specimens and, during the 1920s and 1930s, published several papers on his hypothesis. Many of the species described in the late 19th and early 20th centuries are now generally considered to be hybrids, though some are still subject to dispute; their status is not likely to be settled definitely without genetic examination of museum specimens….

There hardly seems much point in telling the species apart if the females, renowned around the world for creating the most beautiful birds in the world by their obsessive aesthetic predilections, actually can’t even tell Eddie Van Halen from Segovia.

So extreme sexual selection is the definitive explanation for the birds of paradise – the National Geographic tells us so. But these hypercritical females are so blind (or randy) that they can’t even discriminate their own species. I think somebody ought to tell the males they’re being two-timed.

10 Responses to Trouble in paradise