Materialist metaphysics for the masses

Science, we are often reassured, has absolutely nothing to say for or against the supernatural, and Christians therefore have nothing to fear from knowing more about science. That is absolutely true in principle, not least, as I have been exploring in detail here recently, because science’s methodology excludes the supernatural from its purview, “supernatural” being however defined according to arbitrary and culture-bound criteria. This is of course simply to limit science’s reach to a humanly-constrained part of reality.

But the same agnosticism and humility are not evident in the popular teaching of science, as the previous appointment of the virulently anti-religious Richard Dawkins to the chair of Public Communication of Science in Oxford showed, a pattern that is evidently reflected in most other organs of science communication. 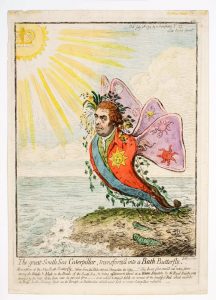 In Britain, ordinary Christians persuaded that they should embrace science more willingly are likely to start with the BBC Radio programme The Infinite Monkey Cage, in which Prof Brian Cox and comedian Robin Ince speak engagingly and often humourously about the ins and outs of science. Brian Cox is a better communicator than ever Dawkins was, having been a rock keyboardist before he was a physicist and having a more TV friendly face. A winning smile is worth several PhDs in conveying scientific authority to ordinary people – that has been the case since Joseph Banks persuaded British society, from the king downwards, that science revolved around himself.

Cox recently hosted a special edition of the Infinite Monkey Cage on the paranormal and science, though it did not for some reason contain any disclaimer that as a “Distinguished Supporter” of the British Humanist Association, he has a religious position on such matters. It has to be said that in principle, at least, he recognises the limitations of science, as he said in a Daily Telegraph interview:

“Philosophers would rightly point out that physicists making bland and sweeping statements is naive. There is naivety in just saying there’s no God; it’s b——s,” he says. “People have thought about this. People like Leibniz and Kant. They’re not idiots. So you’ve got to at least address that.” 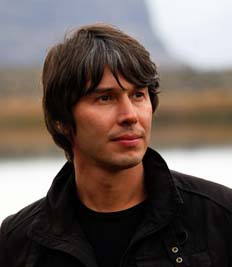 Nevertheless, in conversation with familiar (to US readers) guest Neil de Grasse Tyson, he demonstrated from the Large Hadron Collider that ghosts (and by implication human survival of death) have been disproven by science. The story is here. I’m still not entirely sure if the LHC gets into the story because it hasn’t actually detected spirits (raising the question of why it should be haunted anyway), or simply that it would have detected some kind of particle particularly associated with ghosts. The article quotes Cox:

If ghosts existed, then they would need to be made purely of energy, since by their very definition they can’t be made of matter.

The idea seems to revolve around an idea that such energy must interact with matter (to be perceived by humans or empower their minds) and must be conserved according to the law of conservation of energy; and that the LHC is sensitive enough to show that no such energy escapes when someone dies. I don’t recall reading that such measurements have actually been taken on a conveniently immolated worker in the LHC, but you can see how in principle such an experiment could be set up.

But what would it prove? Only that current scientific measurement restricts itself to states for the present called “matter” and “energy”, measurements of which in closed systems lead to conclusions that they are interchangeable and conserved. Even in the standard model of physics that is not the whole truth – as far as I know gravity has yet been successfully reduced to matter or energy, and most of the universe consists of dark energy and dark matter. The LHC may or may not eventually detect the last two, but isn’t I believe set up to detect gravity waves.

Now, to speak of the “very definition” of ghosts is scarcely scientific. The first definition on a Google search says:

An apparition of a dead person which is believed to appear or become manifest to the living, typically as a nebulous image.

An apparition is definitionally a perception, implicitly of information, which would be more to do with the powers of perceiving beings (which are not in doubt) than nebulous assemblages of matter or energy, even dark matter or energy. The next definition down the search page, at Dictionary.com, does indeed add with one hand an objective aspect (soul) that it takes away with the other (imagined):

The soul of a dead person, a disembodied spirit imagined, usually as a vague, shadowy or evanescent form, as wandering among or haunting living persons.

But what is a “soul”? To the traditional Thomist it is an Aristotelian form, the pure immaterial information that specifies how the matter and energy of a person is constituted. In other words, Cox’s “scientific” dichotomy between matter and energy as the only options is simply blind to information as a primary constituent of the universe, as other physicists like Paul Davies have suggested. Davies may be wrong, but Cox’s “disproof” of ghosts and spirits is Humanist dogma, not settled science, even before we get to consider the biblical concept of “spirit”.

Now, “spirit” is no more susceptible to definition, especially scientific definition, than “ghost” (though they are, in origin, identical, if we remember “The Holy Ghost” and, even more archaically, the description of a spiritual person as “ghostly”. But in Pauline theology, “spirit” (“pneumatos“) is a principle of existence that is an alternative, and successor, to “flesh” or “soul”(psuchikos). It is closely related to the kind of existence God has, as opposed to the physical existence of the present creation, but has as its first representation on earth the spirit of man, made more manifest since the resurrection of Christ in the “spiritual man”. It cannot be perceived directly because it is more, not less, substantial than physical things – but then so, as I understand it, is dark matter.

A rough equivalent in scientific terms is that if the present age is empowered by the physical (matter/energy with their laws of conservation), human life and the age to come is governed by the spiritual (which is neither matter nor energy and about whose “conservation” we can have no idea).

With respect to Brian Cox’s debunking of ghosts, there’s actually nothing very new going on – Cox is simply denying the existence of spirit in this sense, as he personally disbelieves in the existence of God. But he’s doing so by illegitimately reducing spirit to physical energy, and than arguing from the authority of a vastly expensive piece of kit, the LHC, which most laymen and the journalist of the Telegraph biopic don’t understand at all, to back up a merely religious opinion. And he’s doing so as a scientist on a science programme, not as a Humanist on a religious programme. 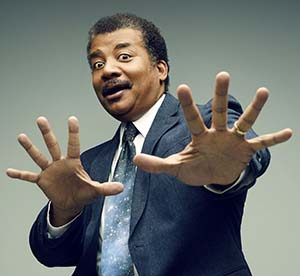 Now, if the scientific community is genuinely religion-neutral, it will presumably prick up its ears at this attempt to pass off Humanistic religion as science education (many scientists listen to The Infinite Monkey Cage) and publically insist that science programmes teach science rather than metaphysics. But the story appeared a week ago now, and I’ve not seen any such rebuttal whatsoever. Certainly Neil de Grasse Tyson, a fellow astrophysicist and science communicator, made no objection after he clarified what Cox meant:

“If I understand what you just declared, you just asserted that CERN, the European Center for Nuclear Research, disproved the existence of ghosts,” he asked. “Yes,” replied Professor Cox.

Tyson says he is an agnostic, so one might have expected him to be more of a champion for science’s agnosticism. But then he’s also on record as saying that philosophy is useless, so maybe he just doesn’t understand the issues.

8 Responses to Materialist metaphysics for the masses