Let me tell you all about about my disease…

Spoiler alert: this is a change of tack from recent serious philosophical posts. The only real conclusion will be, “What an interesting world we live in”, with a slight flavour of that old Chinese curse, “May you live in interesting times.”

I may have mentioned before that in the last two years of my general practice career, I also ran a district NHS back-pain clinic for a couple of afternoons a week. I applied for this because I’d learned spinal manipulation back in the early 1980s, and had somehow become the go-to guy in the practice for all things back-related over the decades. 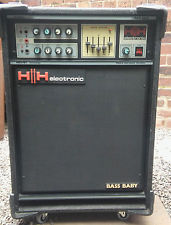 Always get bass-players to carry their own amps…

This was something of an irony since a good deal of what I learned came from the personal experience of a disc-injury, from foolishly lifting a heavy bass-amplifier down some narrow stairs, in 1986. The course of this was that the initial injury settled, as most disc lesions do, in a few unpleasant weeks, but that from time to time thereafter quite minor indiscretions would lead to recurrences of similar back pain for a few days, centred on the same spinal level (L1 left, if you’re interested).

These attacks became less frequent over the years, though at one interesting stage I would get sudden, and transient, episodes of unprovoked sciatic pain. These usually seemed to strike whilst I was sympathising with patients’ bereavements or breaking bad news to them, necessitating disguising my paroxysms as compassionate expressions of support.

Here’s one I did earlier

My back-clinic experience, working with pain-consultants on chronic back pain, changed my perspective radically, from a crude idea of back pain as a biomechanical phenomenon (something must be bust if it still hurts) to that of a neuropathological phenomenon. Old injuries (like mine) not uncommonly set up abnormal central nervous system pathways, that are repeatedly or chronically triggered by minor incidences of the original strains. The effective solutions are much more to do with re-programming than repair… and in fact, inappropriate surgical repair not uncommonly exascerbates the problems rather than solving them.

Retiring to a less deskbound life helped my own issues, but this summer I’ve noticed some recurrence of that disembodied sciatic pain associated with the physical effort needed to mow and rake 2 acres of wildflower meadow on a steep slope – hey, you can’t save the planet without some pain (and the sciatica’s masked a bit by the arthritis in the opposite hip, the tennis elbow and the achilles tendonitis…). I should add that (as in many cases of referred leg pain) all the clinical signs of physical entrapment are absent. So no MRI scans for me, at this point!

It wasn’t fieldwork, though, that triggered this weekend’s problem, but (probably) changing a wheel on the car after a puncture on Friday, though at the time it seemed a routine enough job. That night, I began to get quite severe bouts of sciatica again, lasting just 10-20 seconds, but coming every few minutes. This did not make for a good night’s sleep, but I was able to experiment with the effects of changing every possible combination of postures in bed, then on the sofa, then on the floor. And all without waking my wife – I rather hope I never get something really serious, as she’s bound to sleep through it.

The problem was not only that it hadn’t settled by morning, but that my band also had a gig at the local Arts Centre on Saturday morning. The car was, fortunately, already loaded with the band gear from before my puncture, for providential reasons, though I had to get the big PA speakers from my church even though it didn’t seem very wise. Anyway, at that stage I noticed that the bouts seemed surprisingly regular – though the pain still came on over perhaps five seconds, and turned off entirely, like a tap, after maybe 20 seconds. So I thought to check my watch every time it came (whilst the band did most of the unloading and heavier setting up).

I was surprised to find that, within the limits of a biological system, the bouts came with clockwork regularity every five minutes (occasionally a few seconds less, or rarely up to a couple of minutes late), and that this pattern was completely unaffected by what I was doing at the time…

…except that, when we began to prepare to go on stage, the bouts eased off, and I had no pain at all during either of the two hour-long sets in which I was playing guitar, singing and generally prancing about like the aging idiot I am. 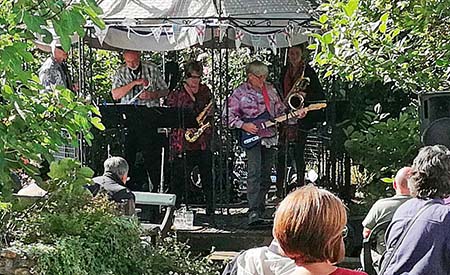 The clockwork ground into action again as soon as we finished, leading me to suggest to the band that since my contractions were now 1 in 5, I should get to the labour ward with all speed. The same regular pattern continued when I rested at home for the rest of the day. The severity had eased enough, thank the Lord, for a decent night’s sleep, but the overall pattern has continued up to now.

Interestingly (to me, at least) I note that as the severity has eased, the length of the attacks has become somewhat longer, but the five minute cycle, when I bother to time it, is unchanged. If it had started off like this, I probably wouldn’t have noticed what a surpisingly clock-like pattern it had.

Now the thing about predictable events, as we’ve been discussing here for a long time now, is that they (and they alone) are amenable to scientific investigation, or they would be if I had more resources and skills than a mere propensity to get sciatica. The question is, what kind of bodily pain operates on a pretty regular five-minute cycle, and switches off entirely in between?

To me, the contingent nature of an injury is extremely unlikely: injuries hurt because damage persists, or they they ease when the immediate cause eases, for example by movement to a different position. But my long night of investigation showed that movement and position are largely irrelevant to my problem, and the whole thing smacks of physiology, albeit disordered physiology.

The phenomenon reminds me most of something like the Japanese shishi odoshi, or deer-scarer – spend a zen moment or two experiencing one here:

One can easily envisage something in the nervous system slowly summing action-potentials from the stimulation of a low-level pain pathway until a critical point is reached, the system discharges, yours truly winces, and the whole system is then reset.

The central-nervous origin of the pain is indicated not only by this  machine-like pattern of evidently complex causation, but by the complete lack of response to somatic pain-killers (more’s the pity), and even more remarkably by its complete suppression, apparently, by my going on stage to play rock music – proving either the power of stressed mind over matter, or that Spinal Tap describes the literal physical source of rock music . Watching the Singapore grand prix on TV, or writing this, has had no such beneficial effect on the pain as playing music live.

I don’t pretend for one moment that this strange pattern is an adaptive pain response (chronic pain is characterised by the fact that it doesn’t give any useful warning of a problem, but is itself the problem). But I get the impression that if one could understand just what is going on at spinal cord level here, one would also gain a pretty good idea of how chronic pain works and, perhaps, open up some new treatments for it.

Any medical researchers out there with ideas?

Training in medicine (which was my career), social psychology and theology. Interests in most things, but especially the science-faith interface. The rest of my time, though, is spent writing, playing and recording music.
View all posts by Jon Garvey →
This entry was posted in Creation, Medicine, Science. Bookmark the permalink.