Genealogical Adam – another observation (from Equus)

Here’s another small piece of corroborative evidence for the plausibility of the Genealogical Adam Hypothesis (that Adam is not the sole genetic ancestor of modern humanity, but is nevertheless our common genealogical ancestor, with all that entails for our spiritual solidarity with him as federal head).

One of the objections to the hypothesis is that it is likely that there would be pockets of humanity now, in isolated tribes, perhaps, who would not be descended from Adam and so be excluded (with all kinds of racist connotations). In the end, of course, this would be unproveable either way, but would nevertheless be covered by the providence of God. His word, after all, says all men have sinned in Adam, and all men may receive Christ, so we act on that, rather than any other supposition.

Still, until the modelling work of Rohde et al. and the Christians since who have examined the maths (especially Joshua Swamidass), nobody even considered that we have might recent universal common ancestors. So we’re still at the stage when support of any kind is useful in changing fixed assumptions.

In this case I note a recent news item 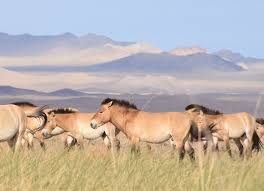 on, of all things, the domestication of the horse. Received wisdom has been that, although equine species ranged across Europe and Asia, and even the Americas at one time (we’ll exclude the zebra of Africa in this discussion), all domestic horses share a common root, of which the sole living wild descendants were believed to be Przewalski’s horse, from the steppes of Asia and Europe.

Now it appears that this is not the case at all, and that Przewalski’s horses are all feral, that is, the descendants rather than the ancestors of the domestic horse. The consequence is that it is now believed that the horse – domesticated only about 5.5 Kyears ago – came from another species or subspecies that is now extinct.

This seems surprising, for although the horse was hunted as a food source in prehistoric times, hunting wild horses to extinction, at a time not only of agriculture but of valuing the horse as a useful creature, seems an unlikely scenario. They are not offensive or dangerous creatures, as the many varieties of semi-wild pony even now attest. Even in the intensively-farmed UK, there are separate breeds on Dartmoor, Exmoor and in the New Forest, which although managed and even, in theory, often owned, have always lived more as wild creatures than domestic ones.

It would seem, then, that in a way hard to specify with certainty, the entire population of the original wild horses was slowly assimilated into the domestic sphere. Presumably this would include extinctions and habitat loss, the capture of more wild horses and the escape of domesticated ones. Howe’er it came about, though, the result is that now (if the scientists are correct) no ancestors of the domestic horse exist in the wild anywhere in the world, and all are descended from horses bred by people. 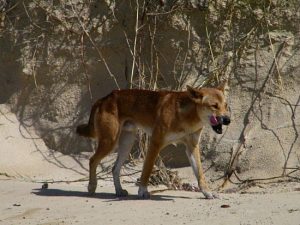 The same kind of thing is true of the domestic dog, although its association with man is far, far, older. The genetics seems to suggest that all the world’s many varieties of domestic and feral dogs (like the dingo) arose not from the grey wolf with which they may still be crossbred, but from a now extinct sub-species of wolf. Just as with the horse, it is hard to understand why a species that was so successful in its association with us should have become extinct apart from that association, but that’s how it was.

There are few cultures that have not possessed dogs – the Inuit had them in the arctic and they were bred in South America, the Polynesians took them even to far-flung New Zealand. They thrive (as scavengers, as well as hunting dogs and, in more refined or effete societies, house-pets) all over the world. And yet the presumably more genetically robust wild species from which they came has entirely disappeared. 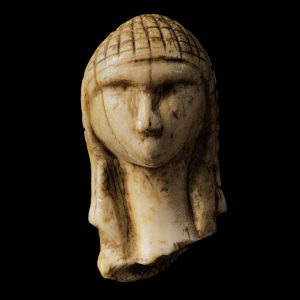 I see here a situation one could compare with the hypothesis that there existed within historical times “non-adamic” people. It would be wrong to call them “wild”, not only because they were cultured, but because it may well be they who are described in Genesis 1 as created in the image of God, depending how one interprets the scope of the creation narrative. But under Genealogical Adam, they were not descended from Adam, and so had not at that time partaken either of Adam’s relationship with God, nor the sin that tragically ensued. So, in contrast to Adam as Homo divinus we might use the term “wild type” in a strictly limited sense. 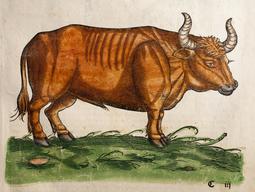 But since identifiable wild types of horse and dog have disappeared entirely from the world over a few millennia, probably mostly from absorbtion into the humanly domesticated stock, it should not appear at all implausible that the two human lines should merge without remainder in a similar way.

Not that this is proof, of course – there are still wild jungle fowl believed to be ancestors to the chicken (but has domestic ancestry been fully excluded in their case, I wonder?). Likewise there are, apparently, still wild mouflon from which came domestic sheep. The ancestor of cattle, the aurochs, is extinct, but only within historical memory.

But it does seem to be the case that coming into the fold of the human race is often a one-way street. 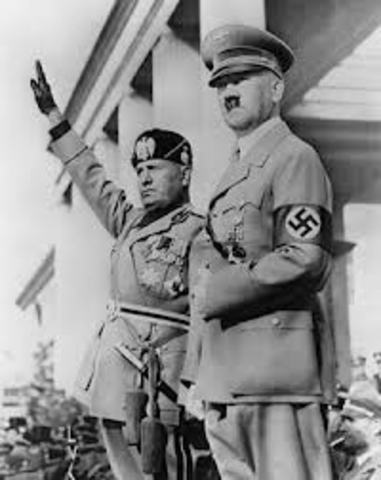 10 Responses to Genealogical Adam – another observation (from Equus)