One of the objections to the Genealogical Adam hypothesis is the case of isolated tribes who, perhaps, have never interbred with descendants of Adam in any plausible historical time-frame.

Joshua Swamidass has defended the hypothesis against this critique on theoretical grounds, but here’s some more interesting information to consider. Here is a recent news article about such tribes, many of which (it says) live in the Amazonian rain-forest, where perhaps they have been isolated since man moved to the Americas 11,200 years ago or more (or was it 130,000 years ago or more? Or 250,000 years ago or more?) Let’s stick with the safely conservative timeframe for now!

The article is mainly about protecting such vulnerable groups from destruction, but the subtext is, of course, the intrinsic value of their ancient and primitive cultures.

For years the Young Earth Creationist case has been that such tribes are not truly primitive at all, but degenerate – a necessary conclusion if the entire human race descended solely from Adam’s family, which had pastoral and agricultural lives from the start, and cities, music and metalwork soon thereafter. Genealogical Adam requires no such assumption, of course, but merely the occasional interbreeding of populations. Such cultures could be genuinely primitive, predating Adam, without affecting their present descent from him. All it requires is incomplete isolation. The Independent article indirectly confirms that possibility when it says:

To call these people “uncontacted”, as they often are, is imprecise. It’s nearly impossible to completely avoid contact with outsiders, and even harder to avoid objects like factory-made knives or bowls that make their way deep into remote areas through trade. 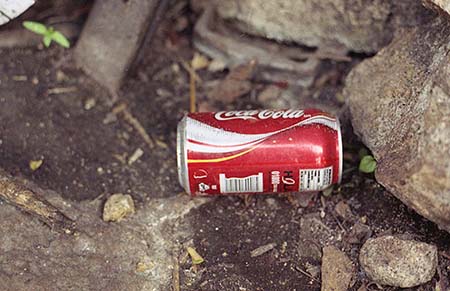 Where trade can go, procreation can also. But the image we mostly have of noble, or ignoble, savages following the untutored ways of life of their forebears since the dawn of time is a compelling one. I remember how, in previous decades, that issue was used to challenge Elisabeth Elliot for the evangelisation of the “Auca” (Huaorani) people of Ecuador started by her husband Jim, who was famously killed by them in an early contact. Elisabeth herself acknowledged that they had been happy in their isolated way of life, but much of the basis for opposition was the same kind of sentiment that makes us dislike the destruction of anything ancient and rare – the feeling of preserving our own origins.

But that feeling about the tribes of Amazonia, at least, is significantly challenged by another recent line of research, as shown here. As logging strips off the “virgin” rain-forest, it turns out not to be virgin at all, but secondary encroachment upon the remnaoins of a sophisticated culture that died within the last millennium. And consequently, the “lost tribes” displaced (undeniably unjustly) from their forest haunts are likely to be descended from the citizens of sophisticated civilisations that once were open to trade and cultural exchange on a large scale.

Although the Conquistadores usually get the blame for the demise of Central and South American civilizations, through disease if not warfare, there seems to be a pattern across large parts of the continent of cultural decline for centuries before that. Whether the isolated hunter-gatherer cultures that remain are “degenerate” is, of course, a matter of opinion. It could be argued that, in some ways, they are an improvement on a centralised state building vast monuments by, perhaps, slave-labour and no doubt involving human sacrifice.

But the point is that it’s quite possible, in just a few hundred years, for a cosmopolitan culture to collapse and be replaced by what, to all appearances, are aboriginally primitive tribes, speaking unique languages, within forests that look as if they have always been there.

Those facts give support either to Genealogical Adam or to Young Earth Creationism. On the other hand, they make projections from “primitive” cultures today on to genuinely primitive cultures of the ancient past rather dubious. For example, if shamanistic tribes today have direct cultural continuity with Cromagnon man, then the current interpretation of cave art as obviously shamanistic makes some sense. But if, like those isolated Amazon tribes, modern shamanism is a feature of the degeneration of primitive religion through Adamic sin, then those comparisons are likely to be entirely invalid.

The way my own thinking has been going recently is that Genesis 1 teaches that man was created with a real, but distant, knowledge of God, Adam’s intended role being to bring a new, intimate relationship that would lead to eternal life and fill all creation with the glory of God. I mentioned in a previous post how Irenaeus, in the second century, picked up on such a distinction:

Having made humanity lord of the world and all things in it, God secretly appointed humanity as lord of the angels who were God’s servants in the world.

And hence the preparation of the Garden, “an abode better than this world”, as Irenaeus puts it, for Adam.

If that scenario were the case, then to look at tribal religions now in all their animist or pagan forms, and to assume that our most ancient ancestors followed such patterns, may be entirely false. All such religions today, as the Creationists imply, might have degenerated from the incomplete knowledge Adam gained in the garden, just as their blowpipes and nakedness have degenerated – for better or worse – from roadbuilding, cities of 70,000 people, and stone temples.

Of course, it could never happen here… 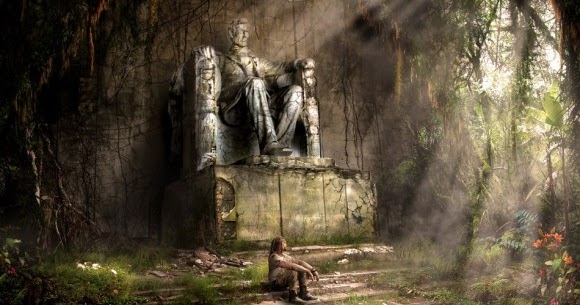 Training in medicine (which was my career), social psychology and theology. Interests in most things, but especially the science-faith interface. The rest of my time, though, is spent writing, playing and recording music.
View all posts by Jon Garvey →
This entry was posted in Adam, Creation, Genealogical Adam, History, Science. Bookmark the permalink.