The sum total of truth

The Renaissance humanists saw the human being as a microcosm, because the mind of man can reach out to encompass the farthest reaches of the universe, or the smallest particles of matter. It can even raise itself to contemplate the things of heaven, and God himself. The last shows why the microcosm view, which gives man such a central importance in the creation, is both a glorious truth and a misleading half-truth at the same time. 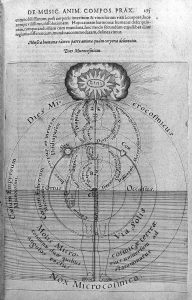 Clearly, as the scholastics like Aquinas perceived, what we know of God is only a tiny part of the infinite reality, and what we do know we know by analogy, and ultimately all through revelation, not exploration. The inscrutable Being of God’s essence is translated for us, the classical theologians said, through creation and special revelation. The former reveals God only in the limited way that a painting reveals mere reflections of the artist, and the latter must be translated for us into homely and familiar terms: God as Father, immanence as local manifestation, immensity as size and so on.

More significantly, both forms of revelation must come to us through our senses, or when the experience of God transcends those, it is correspondingly indescribable, and so difficult to keep in mind, except in such physical terms. The truly spiritual, then, occupies only a small part of our consciousness, though it is far and away the more important, and more extensive, part of reality, even of created reality.

Sir Arthur Eddington was one of the first scientists to realize how much relativity and quantum theory reduce the significance of what we call the “physical” world, though as I point out in my post on his book, historian Ted Davis shows that others too had realized by 1920 that even Victorian Science discredits materialism because matter is not, after all, fundamental.

Eddington did not so much believe, as Einstein did, that it is the comprehensibility of the universe that is so deeply mysterious, but rather that there is only a very limited part of reality that is comprehensible to us, the consistency and utility of that comprehension being the miracle. Writer Marilynne Robinson expresses this brilliantly:

There is an element of the arbitrary in our experience of life on earth – nonsymmetrical time, weak gravity, and the physical properties of matter that are artifacts of the scale at which we perceive. Out of such things is constructed a reality sufficient for our flourishing, even while we are immersed in a greater reality whose warp and woof are profoundly unlike anything we experience.

This is not the cynicism of those who say that all our human experience is mere illusion, the real world being differential equations. But it is to say that our one fundamental truth (which, as Descartes long ago realised, is our consciousness) is informed by a highly constrained “translation” of reality dependent on, and mentally largely reduced to, the nature of our physical senses. All we can ever know of the huge reality, then, is that tiny part for which there is such a translation available.

Donald Mackay supplies a partial analogy for this (which I supplement with Eddington’s insights) – that our human reality is akin to a televised sports event, the intended or “authorised” meaning being elicited by the technology, our senses and our almost divinely conscious minds. Behind that is a swirl of electronic interactions, radio waves and so on – and the invisible hand of all the people whose intention it is to show us the match. Our experience of the match is a miniscule part of the whole process, though all we usually want or need to know – and moreover, it is in the end a subjective construction of our minds, however much we may be able to imagine, or deduce, about the rest of the business. 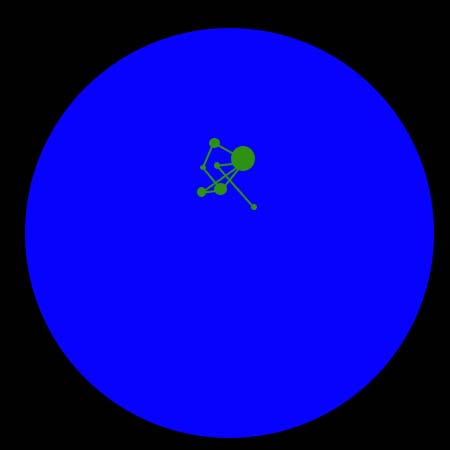 So a Venn diagram of the whole of reality would, the evidence suggests, be a large circle with a very tiny inner circle of what is humanly knowable, of what we can translate through our senses, or imagine by analogy to them. Or perhaps better, a scattered archipelago of even tinier islands, since much of what we know does not easily integrate with the rest. We cannot even reconcile relativity with quantum mechanics. Outside, apart from God, is the whole realm of angels and spiritual things. Quantum in the physical world have no cause within nature, though they have statistical effects within it. That makes them, definitionally, supernatural events too; and if there are unthinkable realities beyond the quantum level, as many hints suggest, there is an infinitude of other things we don’t even know that we don’t know. “There are more things in heaven and earth…” than are even in principle translatable into our perceptual “language” of the senses.

I would add that our senses should, perhaps, be seen in a wider manner than usual for this discussion. For most of what we know as humans only begins as sense-stimuli, most of the important meaning being constructed by our minds, and especially our imagination. In this way, we can indeed reach far out beyond ourselves, and even as far as God.

For example, a complex mixture of pleasurable, or painful, experiences when we see or touch or remember another person shows us that we love them, and that they love us. Yet the love transcends the sensations in every way. Such love is best described in songs or poems that, at their best, bear little relation to the physical facts (she is not really like a red, red rose, nor a melody, and the seas are not imminently likely to gang dry on her behalf).

Or, in the context, perhaps, of a preacher presenting propositions about the claims of Christ, a vague physical “stirring of the heart” is proof enough to us that Christ himself is calling us to follow him for our entire life. We know more than we know about it. Most of our dealings with God are even less physical, but cumulatively life-changing, from then on.

It is not just in the “emotional” sphere that we somehow connect to this infinite reality beyond the prosaically physical, but in other forms of knowledge too. Both the artist and the inventor sense inspiration for novels, innovations or theories coming apparently from beyond the blue, often quite separate from their usual mundane endeavours. Or the telephone rings, and the young man knows it is his mother to tell him of his grandfather’s unexpected death. The cardiac arrest victim has a vision of heaven. All professionals, from ironworkers to designers of laboratory experiments, acquire “nous” (my word) or “personal knowledge” (Michael Polanyi‘s preference) which operates quite apart from conscious learning or method, tradition being the most concrete element.

Immaterial universals are also such a pure product of mind, constituting much of what we know. We classify entities in a myriad ways into a system of universals: all these are humans, those are dogs, these are placentals and those are marsupials, but this marsupial and this placental are both wolves or rats of a sort. This is a democracy, but that fails to be despite the existence of elections. And, of course, there are the universals of mathematics – numbers especially, but in principle the whole Platonic world of mathematical things, including Venn diagrams – these have no concrete reality “out there,” but only in our human understanding, which we then impose upon the world. Likewise, of course, the laws of nature, formal or informal, are thnigs we construct selectively from our jumble of sense-experience of the world’s multitude of events. Universals of morality, universals of grammar, universals of aesthetics, universals of politics, universals of logic. That, of course, is long before we get to the vexed question of the observer determining how quantum events unfold, so that classical reality appears in some way to be dependent on minds.

Then there is knowledge from philosophy, from epistemology, from metaphysics, from theology, from history, and that huge quantity of human knowledge that comes from the unpredictable contingencies of life: that apples may be got from Farmer Giles’ orchard, or healing bark from a certain forest tree; that Intelligent Design is, or is not, compatible with Theistic Evolution; that Jonathan will forget his spectacles unless there is a note on the door; that the iron bedstead knuckle joint was invented, without recognition, by my great-great uncle Henry Garvey… and knowledge of most of even that comes from accepting testimony rather than directly – most of our knowledge is socially constructed.

Although some of these insights are mysterious and apparently inexplicable, apparently coming from disparate regions of that great circle of the unknown in our Venn diagram, we don’t necessarily increase them by taking careful thought. Random premonitions happen (even in my own experience), but refuse to be reduced to physical, or even theological, explanation. And the more we reach the quantum boundaries of the physical world, in quantum mechanics, the more we seem simply to find that the possible interpretations become more diverse, less commonsense and therefore more or less unknowable. We thrash around with inadequate physical analogies like particles, waves, fields, entanglement and spin, or manage, if we are fortunate, to grasp a mathematical analogy that works as a proxy for the reality we don’t understand at all. We prioritize the physical as “reality” without any real idea of what it is. 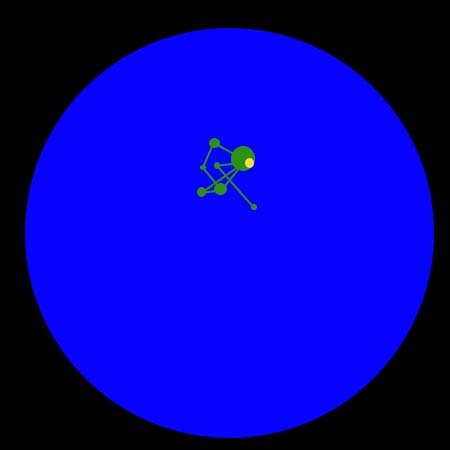 So where does science fit into this? It’s a very small part of one of the very small circles of human knowledge in the very large Venn diagram of reality. Its truth claims are about one very small subdivision of that circle – the physical or material “translation” we receive by our senses, often via instrumental “spectacles”, within the boundaries of the quantum and the cosmic boundaries we glimpse. Consciously or unconsciously, though, science borrows extensively from immaterial universals, mathematical and otherwise, from philosophy, metaphysics and even theology, and most of all from the same human imagination that, when not making up bedtime tales for our children, constructs theories and chooses between them. And science’s exploration of new truth merely chips away at the boundary of what we already know about that already limited realm.

Fortunately, because that area of exploration is within the most obvious and simple part of our contructed reality (at least to us – to an Australian aborigene, the dreamtime reality may be more vivid), science is very useful to us, though with a tendency to seem more widely applicable than it actually is. I should add that, on this model, a similar pattern would appear for any other large category of knowledge, such as “philosophy”, “mathematics” or even “theology”. All of them are beautiful islands discovered in a vast ocean. My point is that science takes its respected place amongst the other sources of human knowledge, recognising the vast sea of our human ignorance beyond.

Still, at the end of the day, science is the equivalent of attending to one particular aspect of a televised cricket match, when the whole match is a construction of the receiver of the human mind. We may thank God, then, that our minds are so wonderful at what they do – which, as I’ve tried to show here, is a whole lot more than we often realise, but a whole lot less than the sum of God’s works. Even mere brewers glimpse that…

4 Responses to The sum total of truth