Christ and the limits of creativity

Does knowing Christ make you more human, or less human?

I ask this because there is still a strong emotional attachment, amongst many of those Christians who espouse evolution, that God should not get all the action in creation, but that creatures ought to have freedom to participate in it too, so that the world is not soullessly compliant, bound by the dead hand of design, and so on, and so that God does not call all the shots, act as a micromanager or play the puppetmaster.

It’s all a bit of a shame, since the Bible in several places makes it clear that God jealously maintains his sole role in the creation of the world and its contents, even denying angels have a part. Personally, I’m still unclear as to why any Christian should want God to keep out of our affairs, not least because the end-point of the new creation is that when Christ has destroyed all God’s opponents, he will hand the kingdom over to the Father so that he becomes all in all.

Exactly what ambition even the higher animals would have for contributing ideas to creation I’ve never been clear, still less the personified forces of “Nature” or “Evolution” doing so, but I want to look here at the case of human creativity – which cannot be doubted to exist – and see how Christian teaching, and even non-Christian teaching, relates it to God.

Hence my posing of the limiting case – those who have been set free to fulfil their true humanity by incorporation into Christ, the complete man. The Bible not being an artist’s or engineer’s handbook, it has little to say about “creative work” specifically, but much to say about doing good works in life, which will include the works for the Kingdom of those in the arts, those in technology, those in the sciences – and even those doing new work in theology, or composing sermons for the faithful and enquiring. Ephesians 2:10 says:

For we are His workmanship, created in Christ Jesus for good works, which God prepared beforehand so that we would walk in them.

Paul uses pretty passive phraseology here, emphasising that the works we do in Christ are considered God’s, pre-prepared for us, our own efforts amounting to “walking in them.” In the same vein is Phil 2:13:

…for it is God who is at work in you, both to will and to work for His good pleasure.

Note here that not only the “energy”, but the “will” is attributed to the union with Christ. And when he speaks of all the varied manifestations of the Spirit in Christian work, what he says in 1 Corinthians 12:6 is comprehensive:

There are varieties of effects, but the same God who works all things in all persons.

Elsewhere he applies that kind of thinking even to his own work, concerning which we must not forget that Paul is still rightly considered to be the greatest original theologian in the Church’s history. Col 1:28:

We proclaim Him, admonishing every man and teaching every man with all wisdom, so that we may present every man complete in Christ. For this purpose also I labor, striving according to His power, which mightily works within me.

So, as for my original question, does this dependance on Jesus for all that is valuable in our work deny our own creaturely gifting and devolve it all to a despotic God? Surely God cannot be more of a control-freak towards the children of the kingdom than he is towards unbelievers, or even towards “co-creating” non-human entities supposedly doing original work of their own in evolution?

One could handle this question at the level of concurrence and double action, but I prefer to tackle the “moral” question head-on instead – should God desire us to play second-fiddle to him as he micro-manages our creative affairs – “not I, but the grace of God”?

If nothing else, it’s consistent with the rest of the Bible’s teaching, even in the Old Testament. It’s quite clear in all the passages about the two chief artisans of the tabernacle, Bezalel and Oholiab – and indeed all their assistants – that God’s Spirit and direction are considered their major qualifications for the job. See Ex 28:3; 31:1-11; 35:30-36:2 – note God’s “teaching” their task in v34.

The truth is that all our human creativity is only ever the result of our creaturely participation in God’s existing creation, be that by our created nature or by the new birth. Our ability to create finds itself in him, and we never go beyond what he has already done. “What have you that you did not receive?” asks Paul rhetorically.

Now I’m not entirely devoid of creativity myself, in a limited way. I’ve been composing music as long as I can remember, and writing for the public for forty years or so. There is no greater joy than making something beautiful and new. In the words of Robin Williamson of the Incredible String Band, “Cooking soup with stale words and fresh meanings – it tastes so good.”

And I can also appreciate the thrill of the scientist who, following an original idea, discovers something entirely unknown to everyone else in the world, in that interval before he publishes it or, more likely, announces it in the pub like Watson and Crick. But the example of the creative scientist is instructive. Whether acknowledged or not, discovery is always thinking God’s thoughts after him. No scientist can justly say “Here’s a new theory that even God hasn’t thought of.” (Whilst it might be amusing to consider that God never noticed the inverse square law until Newton pointed it out to him, it is also absurd.)

So if I start my day’s work as a Christian artist or writer, how do I pray? “Lord keep out of my way today so I can freely create something new”? Hardly. And if we achieve something good and original, do we thank God for the gift, or tell him, “Even you couldn’t imagine this”?

Well, greater artists than any of us have attributed their best work to the Lord. Both George Frederick Handel and Johann Sebastian Bach were wont to end their manuscripts with “Soli Deo Gloria,” sometimes abbreviated to “SDG.” Both were Lutherans, and both imbibed Luther’s doctrine of vocation, which was deepy wedded to his strong doctrine of universal providence. Luther famously said, “God is milking the cows through the vocation of the milkmaid.”

Now this was never a call to passivity, or a denial of human gifting. God “gives the wool, but not without our labor. If it is on the sheep, it makes no garment.” Humans must sheer, card, and spin. This is important, since it reminds me of the joke told to me by a friend at medical school about the Lutheran barber who kept telling his client that it wasn’t him doing the haircut, but the Lord – only to find that the client left without paying, saying he’d put the money in the collection plate on Sunday.

Nevertheless, the idea that human work was more than the dignity of working for God, but God working providentially through us, was the clear teaching that informed Bach and Handel. I believe both hoped the listener might glimpse God through their music because, in one sense, it came from him.

Incidentally, with regard to work, Luther did not sufficiently develop his ideas on how sin distorts work, both through exploitative work practices and, of course, through corrupted creativity. It took Calvin to speak of reforming sinful social structures creatively – again, though, through Christ rather than simply for Christ.

When you think about it, there is nothing strange, or even exclusively Christian, about attributing mankind’s creativity to divinity. What greater praise do we give to a work of art than that it is “inspired”? Funnily enough Archbishop Rowan Williams used that very word about the Incredible String Band’s work, despite knowing their eclectic spiritual views. In Rome, a Genius was originally a guiding spirit, and the nine Muses of Greece, who turned mere men into bards and philosophers, were daughters of Zeus .

There is nothing shameful in the thought that we obtain our creativity – and even that which we create – derivatively from God, the Creator. To be the Moon and give light is a great thing, even though that light is only reflected from the Sun. But for the Moon to resent its dependance on the Sun and accuse it of tyranny or oppression – now that would be a ridulous thing. Fortunately the Moon, not being a rational creature, could have no such resentment or false pretensions to originate light.

But then the same is true of Nature and evolution. 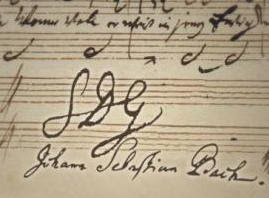