A guy called Jeremy Christian has posted his own view of “Adam and Eve and all that” on Peaceful Science, delighted to find something in Genealogical Adam that mirrored thoughts he’d been having for a long time. I’ve not interacted much with him there, but would like to discuss one area of agreement and disagreement in more depth here.

His model suffers overall, as Joshua Swamidass has pointed out, with theological imprecision, which makes it easier to reject without fully undertanding what he’s saying. For example, he makes a central role for “free will,” understood in a non-mainstream or at least over-simplified way, as what distinguished Adam from those outside the garden. He makes much of God’s inability to do anything to control free-will, because it is an absolutely independent power… a view all too prevalent today, as I have often explored before, but not actually what is taught either by the Bible or by the better theologians down the centuries.

It seems to me Adam is not special by having volition, but by having a command from God, and perceived motives (insinuated by the serpent) for disobeying it. “Where there is no law,” Paul says in Romans 5, “sin is not imputed.” What Adam acquired through the Fall, according to those like Augustine and, particularly, the Reformers Luther and Calvin, was not free will, but the bondage of the will, making obedience to God in practice impossible for us, without some measure of divine grace.

But the main theme I want to discuss here is Jeremy’s equation of sin (and his version of free will) with civilization, which he contrasts with the innocence, in displaying various virtues like patience, of primitive hunter-gather peoples.

Now, there is something to be said for this, firstly in the coincidence of apparent timing and culture between the Fall narratives and the rise of politicized city states in Mesopotamia, which were accompanied by vastly greater disparities of wealth and status, organised war and institutionized brutality – as well as false religion. I confess that one of the “hints” I see in tracing the origin of the Fall in archaeology is the extreme rarity of evidence of interpersonal violence before the Neolithic, compared to its increasing ubiquity thereafter.

Indeed, the whole concept of the “noble savage,” which originated in the eighteenth century, was closely associated with ideas like non-Adamic man on the one hand, and the evils of organized religion, on the other. The idea continues in secular thinking to this day. 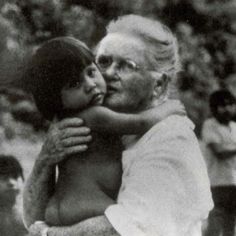 I remember Elisabeth Elliot, who continued mission work amongst the Ecuadorian Huaorani tribe after the slaying of her husband Jim in 1956, grappling with this issue. Not only did she have to negotiate the criticisms of secularists who considered her work destructive of aboriginal good rather than remedial of inherited sin, but her own feelings that their culture was a lot better than the one from which she herself came. 40% of the Huaroni themselves seem to have decided the issue for themselves by becoming Christians – demonstrating that they have free choice, unless one wants to go down the racist road of saying that Christianity was imposed on “innocent children” by superior outsiders, which is really the point at issue.

The flip side of this is, of course, the overt racism that treats groups like the Huaroni as lesser people: they have lost land to commercial logging not because they lack intelligence or free will, but because they lack the tools of civilization to fight back adequately. The same kind of racism would exempt them from world evangelism because, as slave-owners said at the time of American slavery, they are not worthy of salvation because not fully human. 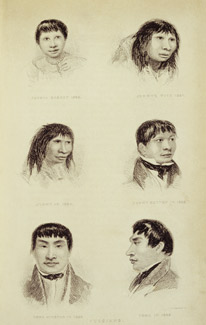 But all the evidence is against this “primordial humans” narrative, whether couched in “noble savage” or “subhuman” terms. In the first place, the opinions of western travellers, especially in the nineteenth century, were highly coloured by their own expectations, whether they came from the “untouched since Eden” school of those disabused of European colonialism, or were informed by a dismissive view of the evolutionary status of the Tierra del Fuegans from someone like Charles Darwin.

If your primitive Hottentot manages to retire from the Human Zoo or Barnum’s circus and produce children, a generation of assimilation into Western culture will make them intellectually and spiritually indistinguishable from the mass, albeit certain genetic traits may well be more or less common amongst them.

The example of a South American tribe like the Huaorani also shows the power of the genealogical science that predicts common descent even in isolated groups. Recent archaeological survey work has shown just how much of the Amazon basin, for example, only became unbroken rain forest because of the collapse of highly organised civilizations in historically recent times. The isolated and apparently primitive tribes are, in fact, the degenerate (or restored, depending on your viewpoint!) remnants of these sophisticated and culturally-connected empires.

Then again, from the spiritual point of view we need to remember the universal assumption in the New Testament that the gospel – the gospel of salvation from Adam’s bondage to death and sin and restoration to the original promise of Eden – must go forth to “every creature under heaven,” rather than to “all the civilized nations.”

So on a number of grounds we have reason to believe that, for all the cultural distinctions of mankind, they are not representative of the distinction we suppose, under genealogical Adam, between Adam’s kin and “those outside the garden.” We are all children of Adam, and hence “sons of God” in the sense that Luke meant of Adam in his genealogy; all with ethernity in our hearts; all in bondage to sin; all in need of Christ – and all capable of being kings and priests over creation in him.

That said, I do think that the almost nostalgic recognition of something we have lost from the kinds of hunter-gatherer societies still surviving, is instructive. As man has pulled himself up by his civilized and sinful bootstraps, a progressive alienation from God’s creation inevitably occurs. It is no illusion that human development is often a mask for spiritual and moral degeneration. Hunter gatherers did not invent the hydrogen bomb or produce climate change, though they may deplete the environment (for example Australian Aboriginals’ un-ecological use of fire for hunting – burning down an entire forest to flush out one or two animals).

Sometimes that process is slowed, or reversed, and for whatever reason, groups are forced to live close to nature. And I think we often see something, if incomplete, of a return to Eden amongst such people. Sometimes, it almost produces a purification of natural religion – the Andaman Islanders,

for example, worship a supreme God from afar, and the classic book Eternity in Their Hearts by Don Richardson documents how many primitive tribes, animistic or pagan in daily life, still had the concept of a heavenly father-god, which frequently made them open to receive the message of Christ. Compare that to the “civilized” pantheons of Rome or Babylon, or the deification of merely human leaders like Lenin or Mao in self-proclaimed “scientific” ideologies.

I can imagine such “primitive” people before the Fall, minus the heritage of Adam (including not only his sinful propensity but his awareness of eternal life and human destiny) living contentedly outside the garden at the time of Adam, and indeed for many millennia beforehand. These could have been truly noble savages, in some ways, and yet just as John the Baptist was said by Jesus to be the greatest of prophets, and yet less than the least subject of the kingdom of heaven, so these “primitives” would be intrinsically less blessed than even the most sinful son of Adam. Even a deposed king retains something of royalty which a simple peasant lacks.

The blessing, and the bane, of the human condition is that the state of deposed royalty involves us all, from the hunter gatherer to the Nobel Prizewinner.

Man must not be allowed to believe that he is equal either to animals or to angels, nor to be unaware of either, but he must know both. (Blaise Pascal)

Training in medicine (which was my career), social psychology and theology. Interests in most things, but especially the science-faith interface. The rest of my time, though, is spent writing, playing and recording music.
View all posts by Jon Garvey →
This entry was posted in Adam, Creation, Genealogical Adam, Politics and sociology, Science, Theology. Bookmark the permalink.