A piece by Michael Egnor in Evolution News and Views reviews a paper by Benjamin Libet about his work on the neurophysiology of intentional action. Libet’s is the famous work that showed, in an experimental setting, that an unconscious “readiness potential” precedes the conscious act of willing by some 350-400ms, and that in turn precedes action potentials in motor nerves by 200ms.

The work is often used by determinists and misanthropes to deny the existence of free-will, the suggestion being that the mind is simply made conscious of what is already going to happen. But Egnor’s piece points out that Libet’s own conclusion is that his evidence is in favour of free-will, as the original paper confirms. Libet sees voluntary acts in more realistic settings as originating in a range of actions arising from various unconscious impulses, but with the conscious will exercising a veto and, therefore, ultimate control. This he sees as consonant with the concept of “self-control” found in religious and moral traditions.

Noting this experimental affirmation of free-will is worthwhile in itself, but as Michael Egnor has done that work I’d rather look at some other implications of this paper. Libet, I should note, considers will and consciousness to operate entirely at the neurological level – he does not believe in any “ghost in the nachine.” This, of course, is opinion rather than solid deduction, but in any case it doesn’t at all affect the inferences I think may be drawn from his work.

The first thing is that it seems to suggest the will to possess quite a limited freedom, as in Reformed theology, rather than an absolute libertarianism as in some other streams of thought. The unconscious impulses to action are, it would appear, limited in scope, and the voluntary power of veto therefore equally limited, though real.

Secondly, the implications for morality and character aren’t clearcut. Libet, for example, suggests that his findings disconfirm the kind of morality that suggests desires in themselves to be immoral – presumably he has in mind the saying of Jesus that lust or anger are sinful even when not carried into action. Since all these things start as unconscious impulses, he argues, how can the subject be morally responsible for them, especially if his will prevents them becoming actualised?

One could reply, of course, that this is an argument for original sin, guilt being incurred despite the absence of evil will. But that would only really be morally valid if the will were involved in forming the unconscious impulses in the first place. It does seem to me that, in this article at least, Libet fails to accommodate the strong possibility that the conscious-unconscious divide is more than a simple one-way street, with an isolated “free-will” controlling desires that come from some completely separate source – the kind of ghost-in-the-machine thinking he denies in theory.

But our unconscious is as much “us” as our conscious, as indeed is our body. It’s certainly experientially the case that desires (and particularly what we might call evil desires) are not a fixed quantity for every human being. Some people are much more tempted to particular wrongs than others by their temperament. Furthermore it is common experience that practice – either of doing something or refusing to do so – produces habits that, together, make up character. Perhaps the voluntary will is strengthened by constant use to avoid some actions. Or perhaps it feeds back into the unconscious mind and changes what impulses actually arise there in the first place, and how strong they are. In that way, it could be that certain temptations are less prevalent over time – or more, if the opposite process is involved.

Thus there would be quite a complex interaction between conscious choice and unconscious impulses, yet we could be held responsible for even the latter. That too accords with common experience – “I was tempted” is not usually considered a valid excuse for wrongdoing. Neither is “I only stole it through habit.”

But the sheer complexity of this whole business leads me to my main point. It’s clear that what goes on in any of our decision-making is neurologically complex – and therefore complex even if one is a Cartesian dualist who sees mind as immaterial. Somewhere a massive amount of processing of basic and sophisticated unconscious impulses is going on, presenting a presumably filtered (or it would overload any decision-making ability) range of options to consciousness, which then OKs or vetoes each particular action – or neglects to do so, perhaps, if habit is strong enough. At the same time I have suggested there must be a complicated system of feedback from past actions, from outward sanctions, rewards, or admonitions and inward conscience. We are not machines, but beings – but as biological beings, there is a machine-like complexity to all we do.

I suggest that it is absurd to attribute a comparable system to God. The univocal approach of Duns Scotus and his intellectual descendants, the theistic personalists and open theists, says that God’s being is like ours, except in degree. Like us, he deliberates, calculates, and presumably, on the basis of Libet’s work, exercises his will in order to choose between various impulses (which, being unconscious, can be accurately described as “passions”). Richard Dawkins is only following the theistic personalist line of reasoning when he says that God must be even more complex than human beings.

But there is surely as much absurdity in considering God in any way a system of mental feedback loops as there is in considering him to have a body with physiological mechanisms. Classical theism has always insisted that God is simple (on good philosophical grounds). All his attributes occupy that simplicity, including all his desire and will. God knows himself, and all things, entirely and immediately, and wills just as purely – the idea that he would have unconscious impulses as we do is absurd. And if that is absurd, so is any idea that he would acquire new habits or change in any other way as our minds do – what is there to change in pure spirit? The more one considers the detail, the more one is forced towards the classical view that we can only speak of his attributes as being analogical to ours, never identical. He is perfectly free and his will is the pure expression of his being – what we call our free will is a shadowy analogy, just as what we call our personhood is a pale reflection of the vigour of his.

I’m not disappointed by that – it’s actually rather wonderful to think how a concoction of flesh and blood – and of unconscious impulses and a mysteriously conscious power of veto – can be even analogically God’s image. Amd even more wonderful to consider what God is in comparison. 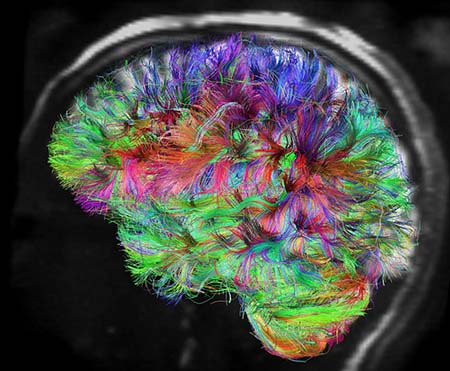 21 Responses to Wills, brains and spirits