There is a current BioLogos thread on the recent debate between atheist Bill Nye and Young Earth Creationist Ken Ham. In it, our own Lou Jost continues to try and educate the benighted theists by responsing to John Walton’s affirmation of his shared belief (with Ham) in the inspiration of Genesis. Lou complains that Genesis “screams out ‘cultural document'”, and in a later post slips in the “nothing buttery” that C S Lewis noted as a hallmark of modern materialism by amending it to “just a cultural document.”

Fortunately Hump writer Merv Bitkofer calls him out on this sleight of hand (which since Lewis was pointing to it in the 1940s is distinctly past its sell-by date). But I’d like to expand that a little by illustrating that you don’t have to be a postmodernist to realise that the only documents that exist are cultural documents. If that word “just” had any actual force, one might as well forget the idea that any true knowledge exists.

The example I’d like to use is Charles Darwin’s Origin of Species, since it is well known, apposite to The Hump’s interests, and is perhaps the most blatant purveyor of cultural presuppositions of any scientific text – though to be fair, that may be because it is by far the best known historical scientific text nowadays.

It’s two years since I last read the Origin, so I won’t try to be exhaustive, or even very carefully organised: listing Darwin’s cultural biases as they happen to occur to me should be illustrative enough, which is all I’m setting out to do.

That is sufficient, perhaps, to demonstrate my thesis. One could add other elements, such as Darwin’s arguable comparison of macroevolution to the motives and scope of livestock breeding, which peculiarly matched his interests as an English country gentleman (especially in his formative university years), his impatience with philosophy that matched the unreflective empiricism of Victorian society, and so on. The popularity of his theory, more immediately amongst educated laymen than his scientific contemporaries, is a strong indicator that this was a culture waiting for just such a theory, presented in just such a popularly-written book.

Does that negate the theory? Of course not, though as many historians and philosophers of science have written, it should perhaps make us more ready to recognise its biases, especially where those biases happen to have persisted in our own culture. That we are more critical of Aristotle than Darwin may sometimes say more about our own cultural prejudices than about our in-depth knowledge of, and the quality of, their respective science. As a matter of necessity, those of us who deal seriously with ancient texts like the Bible (and I’m not including those like Ken Ham here) have to take enculturation seriously. Those like John Walton, who has studied the ANE texts for his entire career, are especially attuned to this, but I regularly see even local pastors working hard to discern the cultural situation in which the Scriptures arose, and translate it into contemporary terms. At my own small village Baptist church, I noticed on Sunday, Aristotle’s influence on the New Testament has been referenced for three weeks running, only once by me!

There is only one alternative to taking the writings of other cultures seriously, discerning what is of value, and what is peculiar to their culture of origination, on a case by case basis. And that is to privilege ones own culture (or in the case of some New Atheists, ones own subculture) as being the reference point for all truth – the “view from nowhere” in Thomas Nagel’s phrase. That part of Victorian prejudice, at least, western intellectuals seem to have retained completely intact. 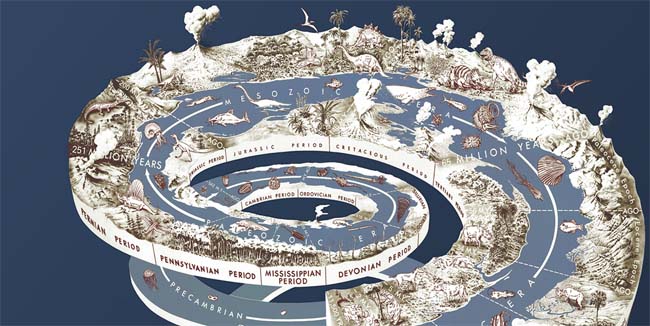