One more on universals

I’d intended to leave the question of universals – of nominalism and realism – behind after two posts. But two things have prompted one more look at the subject. The first is a piece by Vincent Torley on Uncommon Descent about Early Darwinists and racism, which coincided with some remarks I made on my first thread. The second is an essay by Stephen J Gould on the historical contingency of human equality.

Gould argues, rightly of course, that the idea of human equality and the biological evidence are in harmony: though equally rightly, he says that the latter does not entail the former. Nevertheless he affirms that, for him, “I cannot imagine a decent world that does not treat the most profoundly retarded person as a full human being in all respects, despite his evident and pervasive limitations.” Does a world in which Downs syndrome and spina bifida are routinely screened and its sufferers aborted count as “decent”? Gould is no longer around to ask.

But he goes on, in characteristic Gouldian “contingency” mode, to point out that human equality is a historical contingency. What would it have meant if Autralopithecines had survived into our times? Would we have exhibited, enslaved, eradicated or shown kindness to them?

Now theologically, as well as biologically, the question is moot: by the providence of God there is now only one race of men on earth, and it’s pointless speculating about what-ifs – except when they can instruct us about what-is, which I think this one can. But let me start by saying that if human equality is historically contingent, so is Gould’s (Marxist) egalitarianism. Within a century or so before Gould, in his own country, other humans were being exhibited, enslaved and eradicated, and whatever the specific justification, the underlying motive was that they were not of the same kind as “us”. It was a question of universals. It would be optimistic to assume that any of us, had we be born in the nineteenth century, would have been exempt from the racism of the time – even showing kindness would not, in all likelihood, have been the kindness shown to an equal. And I am also confident that few of us would have considered we weren’t in a decent world because of it. It is naive and arrogant to assume that today’s highest values will, because they have become beyond question to us, prevail in a century’s time – why, it’s even possible some of them may be considered criminally wrong.

Let me propose a thought experiment slightly different to Gould’s. My fantasy is that, in the wake of the discovery of Homo floriensis bones in Indonesia, we actually came across a small, but thriving, population of them living in the hills. They turn out to be reasonably friendly, intelligent – even able to learn to read. But they also turn out to be a separate branch of the hominin tree, separately descended from Australopithecus and definitely of a distinct species. They can’t interbreed with us …

…. Although in fact, being the enlightened people we are, we don’t try that particular experiment, but decide to abstain from exhibiting, enslaving, eradicating or even patronising them. I know I’ve departed from Gould’s likely outcomes, but this is a fantasy, right? They don’t even, in my story, succumb to nasty infections. Instead, after two-way discussions we accord them true autonomous status as a species, even withdrawing political and legal juristiction from them. The first independent species state is non-paternalistically declared – in fact, they are bright enough to understand the concept and agree to live separately but cordially with H sapiens.

Some interesting discussions then ensue about whether they are eligible for membership of the United Nations, Obamacare and so on – but they decide for themselves that they are the only true people, and that we are bright, but to be classified as “wild beasts”. Nevertheless, some lucrative trade occurs, for they happen to possess rare minerals used in electronics.

Some social interchange occurs too: some of them even gain special scholarships to universities and prove quite capable of gaining PhDs, which they put to good use back home in improving health, developing history and hobbitology and so on. But after awhile, humanity begins to realise they have some odd behavioural differences. For a start, they spurn contraception, but control population by eating small children, which they justify rationally on the grounds that this is when the meat tastes best: and for them, both contraception and abortion have profound ill-effects. Females, too, are treated as chattels, and sold for meat, should their mates die. Worst of all, homosexuality is a capital offence.

Now, my question is whether there are any universals applicable in this situation. Are the “civilised nations” going to boycott or sanction the Hobbits, as they are prone to if Russia, India or Uganda fail to promote gay rights? Are they going to try and teach them better, if morality is a purely human construct, and humanity a purely historical contingency, now shown to have exceptions? Is our set of standards better, if our sole way of judging is that it’s what we happen to have arrived at in 2014? (It is really as random as that, if you consider the current British news story about paedophilia being considered a civil liberties issue by progressives in the 1980s – another thing I’m old enough to remember, since I was criticised as reactionary for opposing the lowering of the age of consent.)

Well, we might decide to live and let live – but what if a PhD student brings his daughter to the USA to eat – in private, of course, so as not to offend our primitive sensibilities? I can imagine some other complications, too. For example, supposing we weren’t talking about H floriensis, but a race of ET humanoids technologically more advanced that us, wishing to settle here? Or suppose instead the Hobbits had a strong sense that we are of the same genus and therefore one flesh, descended (as their legend says) from one primordial couple, from whose scattered line would come a man who would teach them the right way to live? Would we consider them human, or insist on their apartheid?

Well, it gets complicated, doesn’t it – which makes one very glad that there aren’t groups of hominins or aliens wandering around and challenging the status quo – or maybe even challenging our progressiveness by holding to a deeply traditional morality and saying it is a universal truth.

My point is that, but for historical contingency, these issues could be more than hypothetical, and they would involve grappling with the reality, or otherwise, of non-material universals. But as I pointed out above, the very same issues have occurred, and do occur, in real history within the last centuries and even decades. What is man? What is his nature? How then should he live? How should he act towards other men? The great thinkers mostly couldn’t deal with these without grappling with universals too. 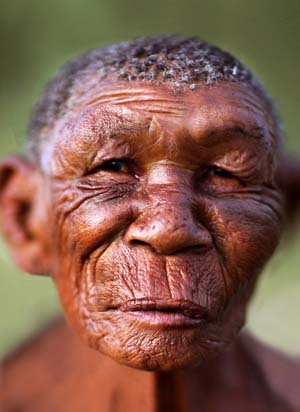 10 Responses to One more on universals