Conway Morris and Behe – an example of convergence?

One of our readers pointed me to a useful overview  by Simon Conway Morris of his thinking on his pet theory of convergent evolution. I don’t want to review it here, as it’s clear enough in itself. But I will summarise it in relation to The Hump’s recently coined approach to things scientific, Classic Providential Naturalism.

Strictly speaking convergent evolution is an interpreted observation rather than a theory: the observation, throughout nature, is that disparate types of organism display similar morphologies and, sometimes, genetic patterns. That observation could, actually, be interpreted nicely on a creationist model, along the lines that a painting in oils, a drawing in ink or a sculpture in brass by the same artist is quite likely to show parallels in style or subject matter. But given the assumption of evolution, Morris’s conclusion is that there are quite severe constraints on evolutionary mechanisms that tend to cause natural history to repeat itself. 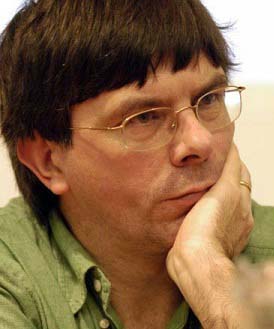 One way of accounting for that would be that there is only a limited number of environmental niches in the world, which inevitably mould classical Darwinian random changes in familiar paths. But Morris’s own preference is for non-Darwinian mechanisms (whilst he affirms the existence, though not the completeness, of Neodarwinian evolution). This article makes it clear that his vote is for the usual kind of emergent self-organisation mechanisms based on plausible, but so far sadly undemonstrable, non-linear dynamics:

As [Schrödinger (1948)] points out, life seems to occupy a very precise zone (indeed, I suspect a gossamer-like tight-rope) perched between systems that are either very highly ordered (crystalline) or largely chaotic and subject to recurrent instabilities. As he concludes, ‘understanding life requires knowledge of how the design of living creatures and emergent phenomena, appearing spontaneously in self-ordered, reproducing, interacting, energy-consuming, nonlinear, dynamic ensembles makes us what we are. I believe this will be the next biological revolution’ (Macklem 2008, p. 1846)

In this he follows in the line of Michael Polanyi (recently mentioned here), Stuart Kauffman, Dennis Noble and so on. Morris usually keeps his Christian theology and his science pretty separate, though it doesn’t protect him from the usual Gnu accusations of creationism. But to be frank, there are pretty strong theological implications in emergence theories when they are strong enough, as in Morris’s thinking, to make the evolution of human-like creatures more or less inevitable. It amounts to a degree of cosmic-fine tuning that could validly be termed biological front-loading. In other words, it is divine design by sophisticated secondary causation. It is, in fact, a theory of non-random variation.

Now I’ve stated, especially in the last year or so, my own developing conviction that the triune God of Christianity would be more likely to act immanently within his creation as well as transcendantly through the initial creation, but since the latter is beyond theological doubt, there is no reason why Conway Morris’s suggested mechanisms would be objectionable to me. They would, indeed, sit happily within the “classic providential naturalism” framework. It’s just a shame that there doesn’t appear to be anything beyond handwaving to support these non-linear dynamic processes of self-organisation even 70 years after Schrödinger. 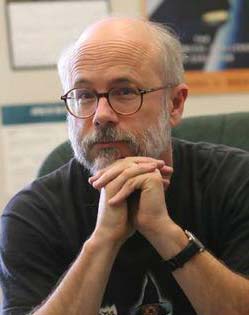 sharp division Morris sees between his position and that of Intelligent Design, and specifically the exemplar he uses, the much maligned Michael Behe. At a couple of points Morris pronounces the obligatory Neodarwinian anathema against ID, calling it “science fiction.” He then proceeds to use as his test-case the bacterial flagellum. As I understand him, he suggests that this is an example of convergence, having apparently evolved twice in separate bacterial groups, which I won’t dispute, convergence being his field.

Morris’s explanation is that Darwinian mechanisms are insufficient to account for this, and that it follows that, given certain biological conditions, there was a degree of inevitability about the evolution of the specific structure of the flagellum. Quite how the non-linear dynamics accomplish this feat is left suitably vague. But it’s hard to avoid the conclusion that if a Non-darwinian emergent power of self-organisation is so sophisticated that it repeatably produces the most sophisticated machine known to science, it constitutes all one could ask for in the way of evidence for design. It would impress Aristotle, Aquinas or William Paley in their various approaches to the acquisition of form.

So my question is, how is that radically different from Michael Behe’s approach? He’s on record as being a supporter of Darwinian evolution, but as regarding it as inadequate to account for some phenomena, of which his trademark example is the bacterial flagellum. So far, so Conway Morris.

Behe is also on record as saying that he agrees with fellow Catholic Ken Miller in discerning cosmic fine-tuning in the fabric of the universe, but disagrees with him in extending that fine-tuning to the biological realm. In other words, he appears to favour not some “interventive” imposition of design by miracle, but any process beyond the “random and purposeless” mutations proposed by Neodarwinism. Such criteria would be satisfied by non-linear dynamics and self-organisation, which are fine-tuning in the biological realm – though Behe appears to be less happy to bet on their actual existence than Conway Morris is.

Behe also, to my eyes, appears to differ from Conway Morris in the sophistication of his philosophical conclusion should emergent mechanisms of this kind exist: Morris scornfully distances them from “unscientific” notions of design. Behe, however, sees that a repeatable natural process that guarantees the emergence of a complex functional mechanism is philosophically indistinguishable from design. Perhaps, as a Catholic, he has had more exposure to the traditions of Thomism that acknowledge form and finality, rather than mere efficient process, as the marks of the divine mind. He doesn’t need to postulate “miracle” to diagnose “purpose”. That seems to me a theologically better approach than Morris’s, that seems to steer rather closer to a false dichotomy of “natural” versus “supernatural”.

I suppose, as in convergent evolution generally, some winged taxa will fly better than others.

5 Responses to Conway Morris and Behe – an example of convergence?