One of the things that fed the philosophical turmoil I referred to here over the centuries was the same conundrum that binds the prevalent materialist worldview, and so influences ours, now.

God, the philosophers argued, as the perfect rational Being, must create the best possible world through perfect reason. And therefore both his decisions, and so the universe we find ourselves in, must be completely determined by reason. God could have done no other. Ergo he cannot be free.

Alternatively (others said) he does what he likes, regardless of the dictates of reason, and so creates in a completely capricious and arbitrary fashion. That means, in fact, that his choices (and so the universe we inhabit) are dependent on mere chance, and so equally unfree in any real sense.

So when Jacques Monod described life in the universe as the result of chance and necessity, these older philosophers would extend that bleak dichotomy to God himself. And if you’ve engaged in any internet discussions on human free will, you’ll see that the debate often vascillates between, on the one hand, the idea that our choices are “really” completely determined and, on the other, that our wills have freedom to be completely arbitrary (perhaps on the basis of quantum indeterminacy), which of course is just a more hazardous form of determinism.

When theology takes its turn, the arguments are often about whether God dictates (and therefore destroys) our will: seldom do people consider that the same arguments have been applied to the free-will of God too. If the thought of being a pawn in the hands of God makes you anxious, how much worse to think that God is equally a pawn in the hands of “determinative reason” or “chance”.

Something is clearly wrong in all that, even from the human point of view, but even more so with regard to the freedom and goodness of God. I’m certainly not philosopher enough to cut the knot, but I wonder if there’s a clue in the fact that the Bible is far more concerned about God’s wisdom than it is about his rationality. Not that one can have one without the other, but there is a distinction, which perhaps can partly be linked to the Aristotelian understanding of causation, that is of material, efficient, formal and final causes (see here). It may not be completely coincidental that the concept of “final causation” was being jettisoned from science and philosophy at about the time that God began to be tied down by the Great Chain of Reason.

Reason is to do with following steps of logic, if you like, in a chain of efficient causation. “If two lots of two, then four.” Whatever axioms of reason God was held to follow, he would build the universe like some kind of giant syllogism, logical step following logical step, just as reductionist science reconstructs the cosmos from the most basic units of matter and energy it can discover. As we saw, in “Chain of Being” thinking, the conclusion was that God would have to make all that was logically possible (the principle of plenitude). But even if that were not so, the axioms would thoroughly determine the choices unless divine freedom meant breaking the chain of logic: “If two lots of two, lets make it three for a change.”

The result, of course, is a capricious world which is unintelligible. I can’t help thinking that a vague notion of that sort underlies the theistic evolutionist’s protest that God must work through natural laws, since they depend on mathematics and mathematics ultimately depends on inviolable reason. Would God really act like a madman rather than rationally?

Wisdom, however, is a different concept. Biblically it is about knowing how to negotiate a situation successfully. The craftsman knows how to produce beautiful objects by his wisdom. The wise king knows how to make his kingdom rich and successful. For men, the fear of the Lord is the beginning of wisdom. And for God, it’s about making choices that he knows will bring about an ultimate, good, purpose that he has freely conceived. In other words, wisdom is more orientated towards goals and outcomes (final causation) than it is about logical process (efficient causation).

This ties rather neatly into a major thesis of William Dembski’s new book Being as Communion, which seeks to build on the work of those like John Wheeler and Paul Davies, who have tried to show that information is the, or one of the, fundamental components of reality. Dembski points out that information is, in essence, the reduction of possibilities (which is of course standard information theory). Free will is the ability to decide between available possibilities, and so determine them, according to whatever goal one desires to achieve. Logic will obviously determine whether a goal can be reached, but it will not determine the goal, which is freely chosen, and neither logically determined nor random. As Dembski points out (illustrating it from Benjamin Libet’s neuroscientific work) “will” is really the power to close off all possibilities except one – the “power of no”, or “free won’t”.

I think this provides a way through the old principle of plenitude that seems to make many-worlds multiverses obligatory for a good God. To create is to close off every logical choice except those that will meet God’s freely chosen purpose (which is based on his character). It could involve setting the fundamental forces to the fine-tuned limits required for … what he has decided should happen. It will involve the creation (whether directly or indirectly) of just some proportion of what is rationally conceivable – horses yes, unicorns no: men-who-will-be-wicked yes, the-triumph-of-evil no – the choices being determined not irrationally, but in the light of the desired end of all things.

In a way that’s just another way of expressing the error of the Billy Bean or Jolly gene view of God’s creation. But I think it helps in all kinds of ways. If one sees things in terms of fundamental information (reduction of possibilities), managed by wisdom towards conceived goals, then “freedom” becomes once more a quality that is maximal in God himself, as the Being who alone sees the outcomes of all possibilities wahtsoever.

“Freedom” can also be understood in a similar, but more limited way, with regard to humans, whose vision and capabilities are real but comparatively miniscule. And it can even be proportionately conceived in relation to such things as goal-orientated animal behaviour (“Hunt or snooze? Hunt gives full tummy, so hunt”), and even the limited internal teleology that, I’m increasingly convinced, will be found to exist in developmental and evolutionary processes (here’s a provocative and interesting paper on that score).

So information, wisdom, freedom, final causation – all part of the key to making sense of reality, and all completely meaningless if your metaphysics, or even your methodology, are materialistic. That has to be a problem for science as it’s currently constituted. 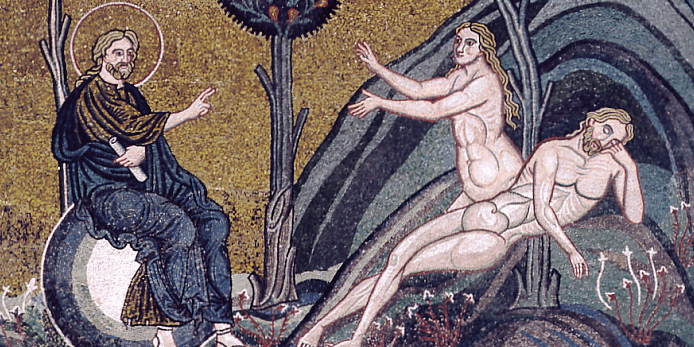