I’ve not written much about genetically modified organisms in the nearly four years The Hump of the Camel has been in existence. This is partly because, for several years until recently, it was a non-issue in Britain, having been put on the back-burner by public outcry. And it’s partly because, although I’ve been disquieted about its risks myself, a number of benevolent and wise people have supported it.

For example, our own Sy Garte has several sympathetic pages on the subject in his book, Where We Stand. And yesterday I found an interview with Sir Ghillean Prance, who is both a noted conservationist and a Christian, saying that he saw no problem with adapting plants in this way, though he did have objections to the big businesses making fortunes out of it. Hold on to that last comment for the moment.

In fact, amongst the liberal and scientific establishment it’s been presented as the only enlightened and moral way to feed the world against the immoral Luddite ignorance of reactionaries who oppose it. I sympathise with that aim, and can scarcely claim to have distanced myself from genetic engineering in the last years of my medical career – it saves lives. I certainly have no truck with those who thought that genetically-engineered crops would poison them.

My problem has been that I’m not convinced by the reassurances that GM does only what selective breeding has been doing since the Neolithic. That assumes a certain view of the nature of both processes – and that view is a thoroughly genocentric one. If organisms are really nothing more than gene-perpetuation machines, then the genome is a linear code that, essentially, is modified piecemeal over the generations. If the mindset is still “one gene, one protein, one trait”, then shoving in ones own chosen gene complex is simply a more efficient way of altering a trait than breeding for it.

The confidence comes from being quite certain that we now understand most of what we need to know about the science of life – in other words it’s a manifestation of that “Anglo-Saxon” Neodarwinian monoculture we all know and love. But there is a difference – if the Neodarwinian paradigm should turn out to be deficient in describing biological origins, academic jobs will be at stake, schoolbooks will have to stop talking about giraffe-necks, and TEs may have to backtrack on their particular brand of faith-science synthesis. But if it’s deficient in the matter of genetic engineering, its hubris could cause planetary disaster.

But “one gene, one protein, one trait” is fast becoming “one fairy tale.” The author of the subject of the previous post, Craig Holdrege, also participates in a project reviewing the literature on the unforeseen consequences of genetic modification – see here and links therefrom.

Now, one of the issues raised in his description of the various ways we can know about non-target effects is that mentioned by Ghillean Prance – that when research is conducted by multinational companies for massive profits, other motives than pure science are inevitably involved. I’m all too familiar with that from my profession, and the complex role of big pharmaceutical companies. I have great admiration for some of that role – for example, the research done on chronic pain treatments, with which I was once involved. But anybody familiar with medical research knows of cases of the conscious, or unconscious, suppression of adverse data, selective interpretation and reporting of results and so on. Holdrege classifies the various ways non-target effects are treated in the GM literature:

Incidentally he gives examples of how even the last type of research can be looking in the wrong places. But ensuring careful and ethical research, it seems to me, is not the main issue. It’s the basic assumptions of the reductive gene-centred view of life itself, in which one is expecting problems (a) to be rare and (b) to be easily spotted. One is, after all, only messing with one or a few genes in the recipe. But if, as I suggested in the article on giraffes, we ought to be taking a more holistic view of living things, then the very idea that one can alter a small set of genes and expect to produce a more or less pure effect is just crazy talk. As Holdrege writes:

Regardless of how we group unintended effects, the main point is that the target effect of a manipulation does not arise in isolation from the rest of the organism. It is not simply added to the organism’s suite of characters. The organism, by virtue of the genetic manipulation, develops differently and the whole organism is engaged in this development. The gene construct is not portioned off from the rest of the organism, and if it were, the new characteristic would never arise, because the production of new substances demands the physiological and metabolic activity of the whole organism.

The issue is graphically shown by Stephen Talbott’s “raw working notes”  on the current status of research on how genetic information is regulated and manipulated by cells – a fantastic, if overwhelming, resource. This, although unsorted at this stage, updates the mechanisms seen in James Shapiro’s natural genetic engineering. It is a huge increase in data over just a couple of years, and one which makes it hard to maintain the idea of “the gene” as an entity that can even be intelligently manipulated by us, since know so little of its interactions within the organism, even if “the gene” were not just a theoretical abstraction. Information on processes like this makes genetic modification look like biotechnological frontal lobotomy (performed with a flint hammer).

To take just one item from an astonishingly long and complex list, alternative splicing is now known to be the norm, not the exception, in DNA transcription:

“And not only do most genes encode pre-mRNAs that are alternatively spliced, but also the number of mRNA isoforms encoded by a single gene can vary from two to several thousand [JG’s emphasis]”. One gene in the fruit fly “can generate 38,016 distinct mRNA isoforms, a number far in excess of the total number of genes (~14,500) in the organism” (Nilsen and Graveley 2010).

“As cells differentiate and respond to stimuli in the human body, over one million different proteins are likely to be produced from less than 25,000 genes” (de Almeida and Carmo-Fonseca 2012).

Talbott points out research that shows the same segment of DNA is sometimes alternatively spliced both to enhance and inhibit a function, one explanation, perhaps, for the occasional finding that adding a gene actually diminishes the desired effect. Nobody has the slightest idea of the underlying principles by which organisms make these selections. Officially, or so the public is told, they don’t – genes control organisms, not vice versa. What one can say is that, in “natural conditions” those principles are operating functionally, and are controlled by the organism and, presumably, its environment. Selective breeding is, in the end, what organisms do by their nature in response to the breeder, which why there are severe constraints on what is possible.

This applies even to mutations from ionising radiation. At one point on the GM site, Holdrege questions why the precautions applied to GM crops are not applied to those obtained by mutation studies. One good reason, I suggest (though I’m sure one not even considered by the regulating authorities), is one of the more basic but astonishing things in James Shapiro’s book – that radiation mutations are not due to random damage, but to desperate, non-random, damage limitation by cells. Such mutations are limited in scope, and predictable. It is not implausible that a majority of DNA mutations have this “physiological” nature: certainly mutation researchers have found that there are clear and repetitive patterns in mutations. The evidence of their randomness is that the theorists require them to be stochastic.

Genetic modification, though, is uniquely a change imposed upon a cell, rather than one achieved by it under a stimulus. Under all those circumstances I don’t see how one can predict, or even guarantee to detect, potentially adverse effects, which may not even be expressed for many generations, in changed conditions, after crosses with wild varieties, interactions with phages, bacteria or insects, and following distribution across vast areas of the world. Why is the precautionary principle considered inappropriate?

The critical late lesson that may be emerging from GM crops is not the evidence of harm — the early indications of harm are just emerging — but the persistence of the same institutional patterns that led to the old late lessons already learned from asbestos, benzene and BSE [bovine spongiform encephalopathy, or “mad cow disease”]. In these cases, weak risk assessment standards were implemented that prevented identifying the harm and taking precautionary action. To avoid this old lesson, the appropriate application of the precautionary approach to risk standards would help ensure we are not repeating the same error with GM crops, and thus avoid a late lessons case in the making.

This is significant, for biological disasters are sometimes very long in the making. Invasive species can have catastrophic unexpected effects: in the UK, grey squirrels have all but replaced the native reds, alien crayfish have nearly destroyed the British variety, and escaped mink endanger the very existence of a key species, the water-vole. Sorry guys – all these, like GM technology, were from America!

But America has its own problems from, for example, Japanese knotweed, whose destructiveness only exists because it did not evolve in the natural, self-regulating environment it now menaces, but in another. It should not need pointing out that no GM crop has co-evolved in that way either, and furthermore is likely to continue changing unpredictably as both host and environment respond to the alien gene. Why should that not cause concern?

In an earlier post I described how HIV was an unintentional anthropogenic biological disaster, though it took half a century before it began to show itself. Good intentions have no tendency to protect one from such errors – DDT was designed to reduce pests rather than destroy the environment, thalidomide to cure sickness rather than create cripples and CFCs to preserve food rather than destroy the ozone layer. Bob Dylan may have restricted his critique to arms dealers in Masters of War, but there are others who, for various motives,

…play with my world
Like it’s your little toy

What defence does the world have against similar, but uncontainable, problems from the Baconian mutilation of natural species to meet perceived human need – be that agricultural or capitalistic? As far as I can see, the preferred talisman is the knowledge that DNA is a mere warehouse of genes to build infinitely malleable protoplasmic machines, and that the supporting Neodarwinian theory is now established scientific FACT. So nothing can possibly go wrong, can it? 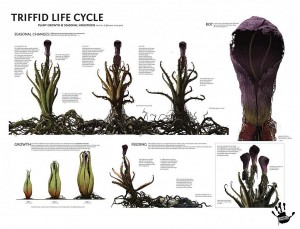 12 Responses to Modifying the environment