The life was the light of men

As so often, a paper pointed out to me by our commenter pngarrison fits nicely into the stream of Hump consciousness. This one is by leading archaeologist and palaeolinguist Professor Lord Colin Renfrew. It appears to summarise his 2008 book Prehistory: The Making of the Human Mind.

Renfrew’s overall theis is that the origin of what makes up the core of what we call “humanity” should not be sought primarily in genetic evolution, but in cultural changes that interacted with, and changed, the neurological make-up of the brain. On archaeological grounds he times the significant changes much later than is usually done, at around 10,000 years ago, rather than the often suggested time of 60K years ago (the time preferred by, for example, Jim Kidder of BioLogos – interestingly he is an paleo-anthropologist rather than an archaeologist).

The paper itself is an overview rather than anything else, and is straightforward enough not to necessitate a detailed restatement of the arguments by me. But at the centre of the idea is the sapience problem, ie that genetic studies show that we are to all intents and purposes genetically the same (Renfrew acknowledges this is a simplification) as our forbears of 100K years ago or more, and yet what he calls the tektonic change leading to man as we know ourselves only occurred very much later after a long period of hunter-gatherer stasis.

I will leave him to explain why he regards the key period of change in human thought not as the time of northern European cave art, but as the later time, post-glaciation, associated with human “sedentation”. But it is the time when more permanent communities and social structures begans to arise, leading to pastoral and agricultural societies, to social hierarchies, to religion and therefrom (especially the latter, in his view) the dramatic increase in symbolic thought and all that has stemmed from it which constitutes our concept of humanness.

One Amazon critic of his book asked why he views this process as “the making of the human mind” rather than ” the evolution“, but I think his distinction is important, for not all change is evolution and, in this particular case, the stress he makes is on the non-genetic basis of the process and its (consequent) independence from natural selection. 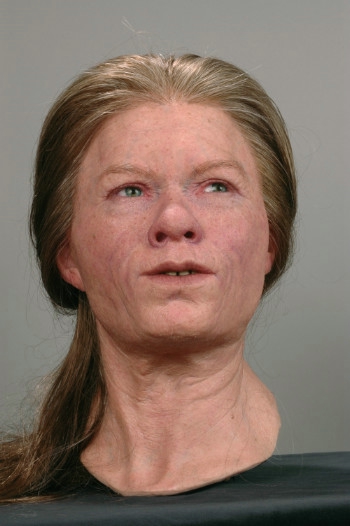 Nevertheless it’s important to note that, as far as it goes, his thesis is naturalistic – it’s just not Darwinian. He sees such developments occurring more or less independently in separate cultures. This is where it connects with recent pieces on The Hump about the intrinsically social nature of human thought: we think because we are taught, by our families and communities, a rich symbolic language within a rich symbolic culture. Owen Barfield pointed out historical developments in the pattern of this thought, the easiest to comprehend being the I-it pattern of thought we ourselves grow up with, which has only existed for a few centuries.

Other examples of how cultural factors change (and expand) thought are easily comprehensible quantum leaps like the invention of writing, the printing-press and the Internet. But Renfrew’s sea-change is in a way more fundamental and interesting, because it was not primarily based on technology, but on a change in purely human behaviour.

It’s good that he points out the other side of the coin from the culture-produces-thought idea I’ve discussed in several posts recently: and that is, the fact that how we think is now known to have a direct effect on our brain organisation. It was only a few years ago when it was considered almost incredible that certain parts of the brain involved in memory are physically larger in London taxi drivers (who are required to commit the whole London street plan to memory). But such examples are now commonplace – even in my own former pain-management practice I was made aware of the significant central-nervous changes wrought by chronic pain syndromes, even when those might in some cases be psychologically induced.

So what Renfrew has in mind is an emergent phenomenon (that slippery concept) involving a kind of cascade effect from the interaction of social changes and the plasticity of the human brain, leading in a historically short time to the mental attributes we now consider constitutive of humanity.

A few considerations arise from this from a theistic perspective (I’m not aware of any religious motive on Renfrew’s part, though he seems to consider religion was both a result of and an important contributor to the process).

The first is that he shows there is more than one way to view the origin of man, of which the genetic or physical is only one. From an archaeological perspective, the origin of the cultural mind might be what most signifies the human, whereas for a biologist the physical evolution of the species is what counts. Both are valid, since both depend on definitions of “human” that are only part of our modern human experience.

As Catholic Aristotelian Ed Feser points out in a recent column the Catholic concern is primarily the origin of the human soul as an intellective and eternal principle (for the Thomistically literate amongst you, it’s not a disembodied spirit, but a hylemorphic enlivening form that’s in view). Genetic evolution is compatible with this, but cannot be accepted uncritically as the whole story in a Catholic context any more than Renfrew believes it can in the archaeological context (he is definitely not endorsing the pseudo-Darwinian idea of memes).

Clearly these concepts of humanity overlap, but are essentially involving different emphases on what aspect of “man” is central in the context of a particular discussion. If we are considering the biblical viewpoint, rather than the Catholic Thomistic one, we may again find the Hebrew perspective to have its own specific concerns, and must not impose on it our own definition of man (which is not even agreed, as we have seen) on the text.

The second point of interest is related: if our definition of man is context-sensitive, then except from a Young Earth Creationist perspective the details of human evolution are of secondary theological importance. One might want to dispute ideas like Mitochondrial Eve and Y-Chromosome Adam on the grounds of their dependence on questionable models and assumptions, or to criticise them for mischievously dragging Adam and Eve into times and places where they don’t belong, but it’s a matter of indifference regarding man as a spiritual creature – it appears even, from this paper, to be tangential to our status as intellectual creatures.

The third point is that, by making a serious scientific case for human origins in terms of intellectual and cultural factors in a relatively recent time-frame, there is undoubtedly a reduction of the temporal distance between the scientific account(s) and the biblical Creation accounts, especially Genesis 2. I’ve argued for some time that it’s most productive to retain the cultural setting of the Eden account, and to see its subject as the creation of the first couple in covenant relationship with Yahweh. It seems to me improbable that it ought to be be mapped to the time and place of Renfrew’s “tektonic change” (though it’s not impossible – see below), but it does make divine revelation easily comprehensible as a stage in the history of man, relatively recently rendered capable of receiving it.

In this regard, though, it is interesting that the Mesopotamian creation myths saw kingship and cities, both features of Renfrew’s more ordered societies, as descending from heaven from the gods. One can view that as as Renfrew seems to – that religion was a justification for the new social orders – or take the word of those much closer to the events in question. 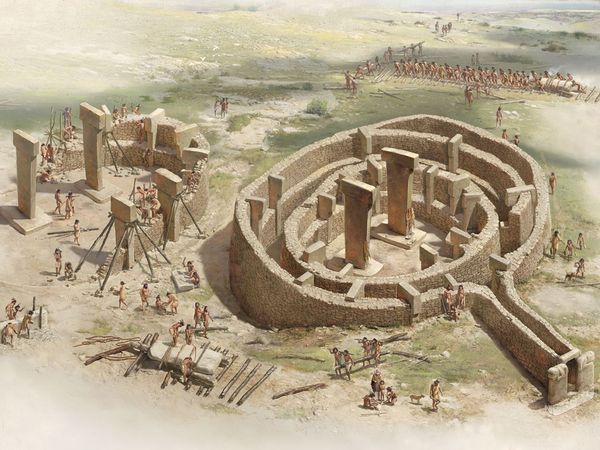 Lastly I want to draw attention to implications that, it seems to me, Renfrew half-acknowledges. He points out that the “sapience problem”, in the light he casts on it, means that properly speaking human thought is not the direct result of genetic evolution. Yet the (overall) stability of the human genome over those tens of millennia means that the physical species Homo sapiens had somehow evolved a brain that with the potential for all those changes.

Given that the changes came more than 100,000 years after speciation, directly adaptive natural selection was clearly not the cause. Renfrew fields the idea that what evolved was, perhaps, a propensity for mental adaptation. But that is to attribute an almost mystical long-termism to selection which is usually denied by its proponents. I, for one, find it hard to conceive of any set of selective pressures that could achieve the propensity for more or less open-ended mental improvement – it’s too much like a perpetual motion machine.

The alternative would seem to be that evolution stumbled on some so far uncategorised neurological equivalent of Turing’s “Universal Computer”. The brain is not a Turing machine, but one could conceive that it might be some analogous thing capable of running any mental “program” from hunting and gathering, through living in a mesolithic community, to understanding string theory. Well, if that’s what happened, it’s a stroke of blind luck (yet another!) rather than something one can explain by efficient causes.

The same kind of problem comes at the tail-end of the “sapience” problem: if we grant that “sedentation” was the trigger to a cascade of changes fortuitously facilitated by the malleable architecture of the human brain, we still have to explain what triggered the first impulse to settle down and “sedent,” and why it occurred to one tribe (or perhaps to one individual genius) when nobody else had thought of it since the species emerged.

Who is able to give good grounds for denying that inspiration, in the theological sense, was not involved in that? 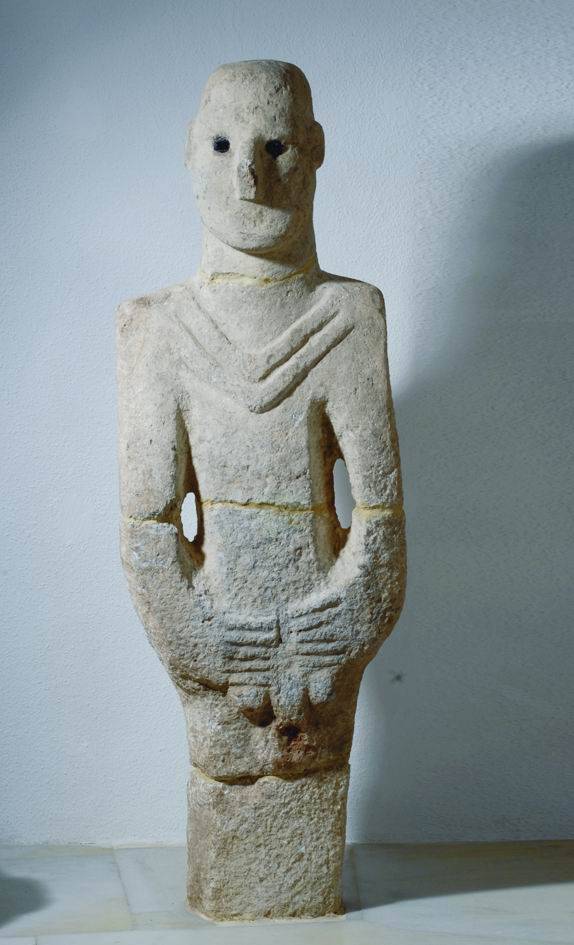 5 Responses to The life was the light of men