Livestock breeding as an evolutionary surrogate

Amongst this year’s Christmas gifts was a new bird identification book from my daughter. It was timely as my previous one was printed in 1966, and European birds have evolved since then.

Well, they haven’t, of course (much), but their ranges and frequencies have changed, and more importantly, as the new book points out, taxonomy has developed significantly, especially since 1999 when new genetic tools began to be used more. In part, these changes have involved significant changes to the avian tree, which in itself is of interest in showing again how genetics and morphology have diverged. The link between genetics and phenotype has loosened, rather than tightened, whilst at the same time (paradoxically) genetic convergence between disparate groups has been increasingly found, so that for example marsupial wolves and placental wolves are found to possess many similar gene complexes developed separately.

But today I’m interested in a more tractable change, which is that a significant number of bird varieties, races and sub-species have, on genetic grounds, been reclassified as separate species:

These advances in knowledge have had the effect that a number of species formerly regarded as polytypic, comprising several rather distinct subspecies, have more been split into two or more species. These ‘new’ species are, for very natural reasons, often quite similar to their closest relatives.

That this is not entirely insignificant is shown by the editors’ defence of my book’s 10% enlargement over the previous edition in the context of taxonomic changes. What drew my attention was that there appears no corresponding merging of separate species into one. It’s something of a one-way street. In other words, in European birds it seems to be a broad rule that genetic divergence (and hence speciation) is greater than phenotypic features alone indicate. There seems no reason why that would not be the case for other creatures too, in the new world of genomics.

No longer birds of a feather – (L) not a Bealaric Shearwater, (R) not a Manx Shearwater

Those who’ve read Darwin’s Origin of Species may remember that he begins the work by pointing out how blurred are the distinctions between varieties, sub-species and species. This remains a difficult matter, but in the wild genetics seems from my example to be able to clarify these doubtful relationships quite well, mainly in favour of separate species.

The second main argument of Darwin’s book, whilst we’re there, was to posit livestock breeding as a surrogate of evolution. What breeders can do, usually deliberately, but sometimes instinctively, over hundred or thousands of years, natural selection can achieve much more fully over millions. After publication, one of the strongest scientific critiques of Darwin’s theory was the boundary that appeared to restrict the possibilities of selective breeding, representing, in more modern parlance, a likely distinction between micro- and macro-evolution.

The best example of this, because the oldest, is the domestic dog. Although polemically various authors have restated Darwin’s anecdotal case (a wolf and a Chihuahua, for instance, provide evidence for the infinite scope of evolution), the truth is that the story of the dog is a tale of decreasing genetic diversity. As one detailed study, in German, shows, nearly all the genetic changes in domestic dogs are due to the disabling of genes. Chihuahuas are prone to a host of genetically-mediated disorders, and like all “toy” dogs their dwarfism is associated with a tendency to physical deformities, just as the genetic gigantism of Great Danes or St Bernards is associated with a number of problems and a short lifespan. The stubby legs of the daschund are actually an instance of achondroplastic dwarfism, and so on. Indeed much of the domestic playfulness of dogs is from suppression of the survival-traits of their wild forbears: they never grow out of puppyhood, behaviourally.

It’s perhaps significant that modern genetic studies of the many varieties of dogs has gone in the opposite direction to those I have pointed out in wild birds. From Wikipedia:

By 1993 with advancements in molecular biology, the mitochondrial DNA mtDNA analysis of extant (i.e., living today) Canidea species indicated that “The domestic dog is an extremely close relative of the gray wolf, differing from it by at most 0.2% of mtDNA sequence…. In comparison, the gray wolf differs from its closest wild relative, the coyote, by about 4% of mitochondrial DNA sequence.” In the same year, the domestic dog Canis familiaris was reclassified as Canis lupus familiaris, a subspecies of the gray wolf Canis lupus in Mammal Species of the World.

The overall picture then is that, far from dog breeds being species or incipient species, they are considered en masse not even to have speciated from wolves. Even their evolution as a subspecies is in doubt if you read the somewhat conflicting evidence in the same article. This tends to suggest that dogs were domesticated not from the grey wolf, but from a now-extinct sister-type or common ancestor. That hypothetical creature must have been no more distinct than a subspecies of wolf – and so is possibly one still fully extent in all forms of C. lupus familiaris.

To round off the dog story, different lines of evidence give different dates and places for domestication, but it’s becoming clear that it’s far earlier than was once thought, and was possibly a single event. Dog-like skeletons have been found with human remains from around 60K BP, and certain genetic studies give dates as old as 120K years. But more conservative estimates lead to a reasonable summary like this:

The common ancestor of dogs and wolves was a large, wolf-like animal that lived between 9,000 and 34,000 years ago. Based on DNA evidence, it lived in Europe.

In other words, the human-dog relationship probably dates back into the Pleistocene. In the few cases of birds I’ve chased up that have been reclassified as species from subspecies, the Pleistocene glaciation seems to be the commonest point of species divergence, probably because the ice separated populations and changed habitats.

It seems to me, then, that in the two cases of European bird speciations and canine domestication, which have taken place over roughly comparable timescales, different processes have been at work. In birds, phenotypic changes were minor enough to fool generations of taxonomists into classifying them together, but genetic changes proved greater than morphology suggested. In dogs, morphology is varied enough to have generated claims of what (on Darwinian timescales) would be saltational change, whereas the change from the ancestral wolves or their less-wild brothers has been mere variation within a sub-species, with diversity mainly reflecting loss of gene function.

This may, perhaps, be explicable quite simply. Breeders have, after all, generally worked on saltational changes rather than on Darwin’s infinitesimal variations. If you can spot that one dog in a litter of pups is bolder, tamer, better at herding or has floppy ears, sufficient to concentrate your breeding strategy on it, then the variation clearly wasn’t infinitesimal. Presumably (if we still go with the selection model) wild birds are subject to far subtler pressures, with quite different evolutionary results in terms of genetic diversity and robustness. If that is the case, it undermines the original argument for using domestic breeding as a surrogate for the natural origin of species ar all: the model delivers opposite results to the reality.

And natural selection, as a principal driver of macro-evolution, then has to argue its merits without the support of the domestication analogy.

EDIT February 2019: a blog editor contacted me to draw my attention to an interesting online article on the continuing similarities between wolves and dogs, here. It’s fascinating to see there are “shy wolves” in the wild even now. I don’t recommend you try catching your own to replace Rover, though! 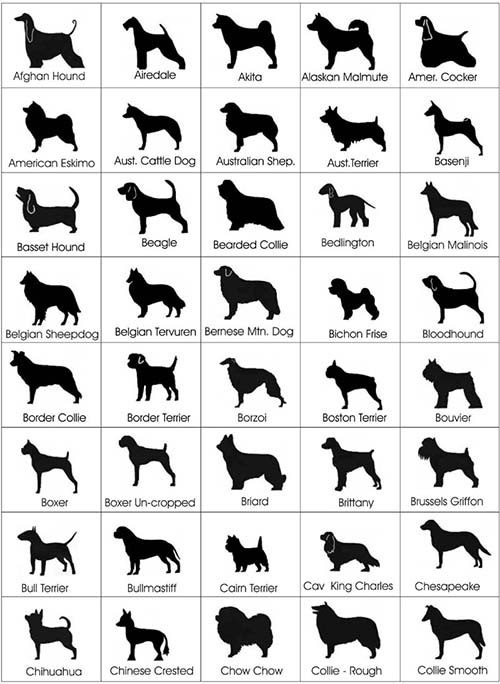 Still wolves after all these years – it seems you can’t teach an old Canid new tricks.

2 Responses to Livestock breeding as an evolutionary surrogate