In my teens I was for a while a member of a liberally-leaning Congregational church, though myself Evangelical. A hymn not infrequently chosen had the refrain:

The Lord hath yet more light and truth
To break forth from His Word.

It was a hymn I came to suspect, as it was invariably used in the context of some sermon undermining Scripture (“Well, old Paul was a bit of an Enthusiast…”). It was only decades later, when I’d heard the hymn in more orthodox settings, that I warmed to it. Its writer, solicitor George Rawson, was a Victorian Evangelical, and the hymn’s inspiration, the Pilgrim Fathers’ pastor John Robinson, had been a Calvinist (and an opponent of the new Dutch Arminian doctrine as well as of “Romish” conformity). But both acknowledged their own limitations of time and culture: to Robinson it would be wrong to stick at Luther or Calvin if some new biblical insight was revealed to another, and Rawson praised the interdenominational missionary movement and wrote hymns for Baptists as well as his own Congregationalists.

That’s the receptive and faithful – not to say courageous – attitude forming the context for the first verse of the hymn:

We limit not the truth of God
To our poor reach of mind,
By notions of our day and sect,
Crude, partial, and confined.

I began to realise that my old minister had, in effect, substituted “your” for “our” in that verse, thus baptizing his own prejudices as open-mindedness. 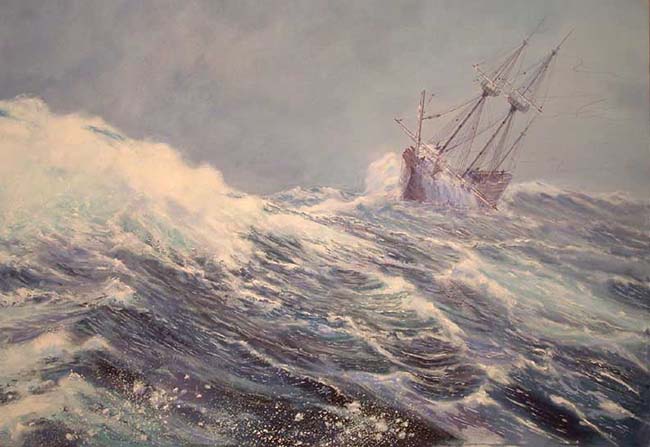 Rawson wrote this hymn before liberal critical theology had gained much of a foothold in the churches. As a result, I think he was insufficiently critical of the then prevalent idea of inevitable progress (not that one should require prophetic foresight in a popular hymn). Verse 2 draws a small parallel with the progress of science and discovery:

That universe, how much unknown!
The ocean unexplored!

And a seldom-sung third verse is boundlessly optimistic:

The valleys passed, ascending still,
Our souls would higher climb,
And look down from supernal heights
On all the bygone time.
Upward we press, the air is clear,
And the sphere-music heard.

Yet actually one of the things we can see from the vantage point of “now” is that neither theology nor science constitutes a steady upward progress from valleys to supernal heights. Reality is more murky, and requires a greater discernment than the heady illusion of elevation and light that “the present” always offers. G K Chesterton offers a skeptical counter-melody to the myth of progress:

On deserts red and deserts grey
The temples into sand have slid;
Go search that splendour of decay
To find the final secret hid
In mummies’ painted coffin-lid
In hieroglyphs of hunt and play.
Read the last word, my cultured kid,
They all were moderns in their day.

In matters religious, the balance between these two viewpoints is actually familiar. The tradition of two millennia of Christian experience, aka “orthodoxy”, gives the careful believer an antidote to spurious innovations. We can indeed look down into past valleys and see the road of truth winding upwards. But we can also see where it has, sometimes for long periods, descended again into dark shadows. And to push the metaphor even further, we may well look back and see that the road once ran higher than it does now – that there are current errors to be uncovered by past truth, just as much as the present judges the past.

Yet the words of Robinson and Rawson remain valid, and the Lord does indeed have more light and truth to bring forth from his Word. In the field of science and faith in which The Hump is concerned, this is certainly true, and should colour our attitude of the matter. For example ANE studies, as I have often mentioned, bring new light to bear on the Genesis creation narratives, by no means undermining their truth but, on the contrary, casting greater light both on the meaning of the rest of Scripture and the nature of the world.

In the same vein, I am currently reading the new book by Hump reader and commenter, OT scholar J Richard Middleton, A New Heaven and a New Earth, which makes the strong biblical case for the renewed earth as the eschatological destiny of redeemed mankind, rather than the common (originally gnostic) belief that we are whisked off to a disembodied heaven when we die. Such work impacts our whole way of dealing not only with doctrine, but with the world itself. It is an important difference if the physical world is seen as God’s temple to be honoured and redeemed rather than as a corruption to be escaped. But at the same time such insights necessarily contradict beliefs that may be quite entrenched, so would it not be better to keep quiet and stick to what is “orthodox”, in the sense that it is the consensus?

I suggest this is never an option, for consensus and orthodoxy are, in fact, very different: one is democracy, and one is truth. And the Christian’s job is always the Berean one of questioning the teaching they receive in the light of Scripture: orthodoxy is sometimes a minority view. Failure to appreciate this leads to the situations faced, it appears, by many Evangelicals coming to science. Taught that there is only one true interpretation of the Bible (and only ever exposed to that one view), such people are vulnerable when science appears to contradict Scripture. If there are two absolute truths that are contradictory, one of them has to go.

But the danger in our time is that Rawson’s hymn may become only superfically liberating, by opening a veritable Pandora’s box of innovations bursting out of Scripture, yet leaving the same uncritical spirit in place when it comes to the other Immovable Object, science. If we compare science to theology, it is even more easy for moderns to succumb to the illusion that they are viewing dark valleys of the past from supernal heights. But it is an illusion, for a number of reasons.

The first is that science, in its present form, is a relative newcomer which arose from the very culture in which we still live, and which is built on the philosophical and metaphysical assumptions which that culture still employs. Since it doesn’t have to be translated, like theology, from an ancient and foreign setting, its more questionable foundations are usually invisible to us.

Secondly, because science is, or appears to be, so young, it has not yet needed to undergo the humbling experience of thorogoing purging and reform. The major errors of the past are simply attributed to a time “before science”, so that its history, looking like steady progress, leads to the idea that science itself is infallible, always self-correcting and so on. In the long term, the self-correction of any human institution sometimes even involves rebuilding from scratch, as the Reformation sought to do in theology.

Thirdly, for one reason or another (mainly for one reason, actually) a strong mythology has built up about the history and practice of science, which happens to be a ruling myth of our society. Quite a few posts have appeared here on aspects of that theme, including the obliteration of the religious motivations of scientists past and present and the denial of the findings of the philosophy of science about the intrinsic subjectivity of the scientific process.

All these add up to a risk of confusing scientific consensus with orthodoxy (the latter being more to do with attitudes to the investigation of nature than the content of knowledge), just as we saw it is possible to confuse static theological consensus with true biblical orthodoxy, which is inevitably a dynamic thing. In neither case should a critical approach undermine the solid foundations: there is a Lord, who put light and truth into his Word and brings it out in due season, to whichever of God’s “two books” – Scripture and Nature – that Word refers.

The enquirer after truth is no more guaranteed freedom from error than those whose notions first informed our “day and sect”. But he or she can more or less guarantee that the consensus, whether theological or scientific, is “crude, partial and confined.” The choice is really not a choice between conformity and contention: it’s between conformity to consensus or conformity to orthodoxy. 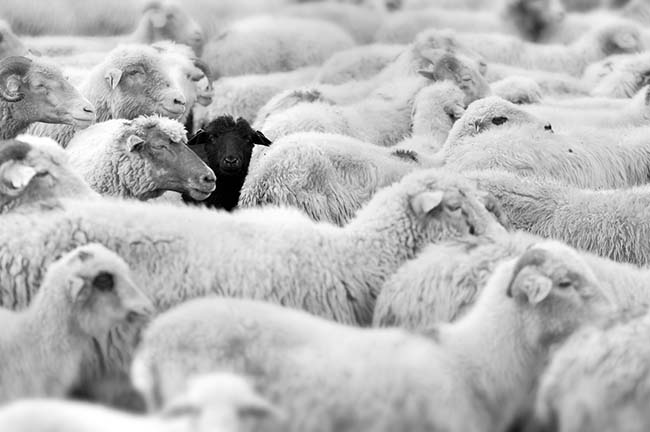