A New Heaven and a New Earth – J Richard Middleton

I first became aware of the idea that the future hope of Christians is bodily resurrection on a renewed earth, rather than spiritual translation to heaven, back in 1971, through an unusual theological source: the British music newspaper The Melody Maker.

Deciding I’d spent enough time in Cambridge for one year I didn’t stay on to hear one of my heroes, the guitarist Rev Gary Davis, play at the Folk Festival. This could be seen as a mistake, as he died the following year. The Melody Maker report, however, mentioned that Davis had said he hoped to spend eternity on earth, not in heaven and (with all the biblical expertise of popular music journalism) it remarked that this was an odd view. I can remember thinking it interesting, rather than odd (so perhaps I’d heard it before), though I do recall hoping Davis hadn’t lapsed into being a Jehovah’s Witness rather than a Baptist minister in his old age.

By 1993, when I was teaching our young people an extended course on the Revelation of John, I’d become sufficiently convinced of it myself to write:

Well, are the saints to dwell in heaven, as our Sunday-school theology often tells us, without much support from the Bible? Or are we to dwell in a refurbished earth, which perhaps in some ways might appeal more to our sensual desires?…

2 Peter 3 speaks about the destruction of the heavens and the earth by fire, and then goes on (v13): *”But in keeping with his promise we are looking forward to a new heaven and a new earth, the home of righteousness.”* … The meaning is that the new heaven and the new earth together constitute the dwelling place of righteousness. Heaven is God’s dwelling, and earth man’s: as God and redeemed man come to dwell together, the distinction between the two disappears. There is no more sea, not in a literal sense, but because the sea in Biblical thought is the symbolic source of mystery and evil (which is why the beast, Antichrist, came from it).

…Now we can see the nature of the City – it is not a paradise let down from heaven for us, but a bride coming down from heaven for her husband, Christ. The new Jerusalem is not simply the place where redeemed mankind will dwell: it is none other than ourselves, clothed as we shall then be in garments of righteousness, transformed into the true image of Christ and at last fit to dwell with him for ever.

“The dwelling of God is with men, and he will live with them.”

God is on earth! Men are in heaven! The veil which was needed to protect us from God’s glory is gone, and we shall see him face to face – even more, he will live with us. We will be his people, and he will be our God – the long-awaited central promise of the whole Bible is fulfilled! Is it the Garden of Eden restored? Yes, and yet better than that, for the physical limitations of our earthly bodies are done away with, and like the risen Christ, we are able to have direct spiritual communion with God. God is not dwelling in the palace at the top of the city, as the king did in the earthly Jerusalem, but in our living room, in our kitchen – at our side and before our eyes. That is indeed a change in the old order!

I include this personal background to demonstrate my appreciation for the new book by J Richard Middleton, A New Heaven and a New Earth, which explores the theme more thoroughly than any other book I’ve read (though it does appear in the work of G K Beale and N T Wright).

Middleton gives some historical background on why it came about that the teaching of the Bible – that of physical resurrection to eternal life with God on a renewed earth, the completion of what sin interrupted – came to be replaced with the idea of the persistence of an eternal soul in a disembodied existence in heaven. In brief, perhaps the major factor was the desire of the Patristic church to synthesize the best current philosophy with the biblical picture. The early apologists like Justin Martyr and Irenaeus argued strongly for the physical resurrection, maintaining an uneasy tension with more Platonic ideas. But the latter gradually won out, the earthly aspect of eschatology being first confined to a literal millennium, and then dismissed altogether as carnal (as in some cases they may have become) and Jewish (which is hardly relevant, as the whole Bible is Jewish).

The main part of Middleton’s book, however, deals in depth with the biblical evidence. Overall, Middleton shows how the “holistic eschatology” is of a piece with the whole thrust of biblical theology from Genesis through to the New Testament, and indeed makes sense of much of it, whereas the more common view leaves loose ends all over the place.

I was particularly helped by his accounting for those texts that appear to teach that our destiny is heaven itself. In fact the majority of these conform to what he helpfully labels an “apocalyptic pattern”: what is prepared for us in heaven is to be revealed on earth, whether that is the New Jerusalem in Revelation, coming down from heaven to earth; or those still alive when Christ returns rising to meet him in the air, not in order to go back to heaven with him, but to greet him as a delegation would greet and accompany a coming king, and as indeed the believers greeted Paul on his approach to Rome (Acts 28.15-16).

The purpose of such language is, amongst other things, to show the security of our inheritance (“kept safe in heaven for you,” 1 Pet 1.4) amidst the uncertainties and sufferings of this life.

Why does it all matter? After all, there are many who have replied to eschatological disputes by saying they are “Pan-millennialists” – it will all pan out in the end. But there are several good reasons, apart from truth itself, for embracing the “holistic view”. One is to confirm a subject dear to my own heart – the goodness of the created order as it already is. Nature points us to God as Creator (rather than to nature as divine, of course), and not to indifferent or malevolent forces apart from God. This is a central truth to maintain not only against materialist beliefs, but against Fundamentalists who regard the creation as utterly corrupted by sin, against Platonists who regard the material world as intrinsically evil or inferior, and against those Modernists to whom the natural world is a subject not for praise and thanksgiving, but for endless attempts at theodicy.

This leads on to a sense of continuity in our eschatology – this world is not to be abandoned and deserted by God, nor destroyed and re-built from scratch, but restored and (to a degree we are told not to second guess) transformed, but in continuity with what was first created. It’s perhaps dangerous to endorse too firmly comedic writer Adrian Plass, who predicted that cricket and beer would undoubtedly exist in the world to come. After all, I’d put in a bid for loud music, whilst others would be campaigning equally strongly for its abolition. But such trivial pictures have a whole lot more going for them than the popular conception of an endless church service in the clouds.

For Middleton points out that the original purpose of man in creation was to fill and rule the earth – in other words to work on God’s behalf to nurture it and to build a society embodying his ways. That is not changed in the New Testament, which teaches that it is the lives we lead that constitute our spiritual worship. That purpose does not change in the eschaton – it just becomes one that is lived out free from failure and sorrow, and in the presence of God, as it should have been in Eden.

That is why the continuity offered by this “holistic” view of the age to come has an ethical dimension, which is its most important fruit. If we value this world as God’s creation, and the people in it as those made in his image, and we look forward to its redemption rather than longing to escape from it, then we will be more likely to seek to bring it about. We are bound to take the question of discipleship and stewardship more seriously in every area of life, because every area of life is to be redeemed in the age to come. Christ, in several parables, told us to be faithful servants here and now, so that we would be entrusted with more hereafter. This is not because we will by our own actions bring about the time of perfection, for only the return of the King will do that, but because it actualizes the paradigm of God’s kingdom, whether in the realm of our care for “insiders”, our concern for “outsiders”, our seasoning of society or, indeed, our care of the planet. The age to come judges this age – and challenges ourselves no less than structures of injustice. 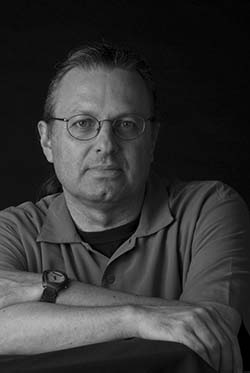 The case presented by A New Heaven and a New Earth is, obviously, quite a radical challenge to assumptions that are held by a majority of ordinary believers. And you’ll maybe know that, as a natural conservative, I’m always more than cautious about anything that suggests that everybody before now has got it wrong. But one thing that struck me in reading the book is that, although the “other worldly” view has had some harmful effects, and continues to do so particularly in wetsren Evangelicalism, by the grace of God even faulty theology has been associated with obedience to the commission of Christ. It reminds me that the Kingdom is Christ’s project involving us, not our project for him.

But far better for orthodoxy and orthopraxis to be in harmony. And this book will help us towards that aim.