More on the sociology of science

Last week I wrote about a recent sociology paper that has revealed a significant social grouping in the US, which they call “Post-secularists”. I suggested that the most interesting thing is not so much the nature of the new demographic as the fact that it was only after someone changed the kind of questions being asked that the phenomenon become visible to science. Here’s another instance of how science cannot be separated from sociology.

You may have seen this story last week. Many news articles sensationalized it along the lines that it showed all the old dietary advice was wrong, and so fried fat-balls are good for you. The Independent, at least, represents the study better as saying that though the advice to reduce saturated fat has turned out to be right through many subsequent studies, there were insufficient scientific grounds in the 60s and 70s for issuing guidelines to that effect.

Now, as someone who became a mouthpiece to many thousands of patients for such guidelines throughout my medical career (which began in 1976), this raises questions that nobody seems interested to answer, and particularly why, given the poor and contradictory studies available then, they became firm guidelines at all. To both researchers and readers now, I suspect no answer is required: those were the Olden Days, when people didn’t really understand science. But that’s nonsense, because the medical profession was every bit as scientifically aware, or unaware, as it is now, and that suggests problems in the past ought to prompt serious questions about the present.

I well remember reading, as a newly-qualified general practitioner, not the original papers themselves, but the host of professional educational material based upon them. These, of course, were written by leading research cardiologists who specialised in the field, had studied the data, and were the very people who were behind the guidelines being issued. And, as you can imagine, the kind of thing they wrote was, “The body of evidence implicating dietary saturated fat in cardiovascular disease is now impressive (refs. vi,vii,ix,xii), and recent work also demonstrates the effectiveness of increasing the proportion of dietary polyunsaturates and carbohydrates (refs. viii, x).” Which of us lowly family quacks was going to argue with that?

Now you must understand that working clinicians, especially general practitioners, usually have neither the time nor the expertise to evaluate original research – speed-reading snatches of the growing stockpile of BMJs is as good as it gets. In later years I learned from an excellent professor of therapeutics just how poor, and/or poorly interpreted, some of our major, policy-changing, research is. But nevertheless in those far-off days clinicians were an opinionated bunch and inclined to treat the latest findings with a pinch of salt (until salt went out of scientific fashion again a few years later). Even I (can you imagine it?) was already somewhat skeptical about the contradictory medical evidence I was being fed, and the very first humorous article I had accepted by World Medicine in 1981 reflects that.

And so in those days, whatever guidelines might have been issued either by official government agencies, or in the medical literature, were implemented enthusiastically, tentatively or not at all according to the judgement of individual clinicians. And that means that in the cases where the research was not just insecurely-based but plain wrong, there was a fair chance a lot of patients would be spared harmful interventions.

Nowadays things are very different, at least in the UK. When I last worked in the NHS, the latest version of my contract awarded brownie-points, directly linked to remuneration, for evidence that my patients had been given (and in some cases had complied with) the official guidelines on a whole range of matters including, of course, diet. In other words, there were sanctions against not following the “evidence-based” policies, and the independent mavericks of my youth, unless they knuckled under, were financially penalised. It would be even worse now, as regular professional revalidation has been introduced, and doesn’t take kindly to independent thinkers.

And so it’s extremely fortunate, isn’t it, that Science has now come of age, and that governments only ever issue guidelines that reflect the best possible research, unlike the 1970s when guidelines were based on … the best possible research. But just imagine a scenario (impossible I know, in this enlightened age) where a doctor with a strong background in research, like my professor of therapeutics, makes a point of digging into the original papers, in the way the writers of the study in the Independent article did, and concludes that the guidelines are inadequately or wrongly-based? Will he buck the consensus and lose income (making very little difference to his patients, who will get the official advice from elsewhere)? Or will he shrug, play the box-ticking game and retire early, as I did?

Now, regarding the matter of dietary fat, I’m in no position now to know the truth. But apart from the known harm of the 1970s advice in diverting attention from other dietary issues like sugar consumption, I am slightly suspicious when people say that all is now well because many studies support the policies that were introduced on inadequate grounds then. That’s especially so in the light of recent (post-retirement for me) British Medical Journal articles like this and this. For a start I want to know why they were introduced if it wasn’t because of the weight of evidence? I seem to remember, back then, reading National Geographic Magazine adverts pushing brands of healthy polyunsaturated margarines and cooking oils. There couldn’t have been any commercial interests involved, I suppose?

Be that as it may, there are some general influences that might well have affected subsequent research. One of the most important is that the first batch of papers on saturated fat, the first major work on diet and heart disease, had what one might call a “founder effect”: it set the paradigm within which science operated. In genetics, one finds that the indigenous settlers of a new territory, though perhaps only a few people, have a disproportionate effect on the genetic makeup of the later population. In the UK, for example, the first two waves (eastern and western) of post ice-age settlers still account for far more of our genetic makeup than the waves of invaders and immigrants since, however numerous or murderous of natives.

And so in an analogous way that early fat-damning research also set the agenda for many of the subsequent studies in several ways. For example, it alerted the research interest of the drug companies, who might make big money from cholesterol-reducing drugs. Food manufacturers, in contrast, would not be so likely to sponsor research that might well involve them in costly changes and damage to reputation, except for those which had cornered the market in polyunsaturates.

With that background, any studies that showed a negative correlation between fat and disease would be both commercially uninteresting (and hence not be published by pharmaceutical corporations) and scientifically dull – in a burgeoning field, you won’t make your name by publishing studies with inconclusive results, when others are showing a strong and world-changing correlation. Remember that this was occurring just a couple of decades after the link between smoking and lung-cancer was found: public health crusading was in the air. And so it is hard to believe that, given the “founder effect”, commercial interests, developing scientific consensus and, finally, popular interest and fear, there would not be some kind of natural selection of research that scratched where society was itching. This, of course, is going to affect even the big meta-analyses that underpinned the prescriptive goal-setting in my later career. You can only compare what has been published, and not what has been binned before release.

So although I am very willing to shrug and accept the possibility that low-fat yoghurt and olive-oil are better for me than butter and lard, having now been indoctrinated by a lifetime of my own ill-founded propaganda, it would be interesting, I feel, if the team that did all that digging on the research of the 1960s and 1970s repeated their labours on the later studies that have endorsed the original hypothesis.

The public are surely fully justified in what sociologist Steve Fuller calls their “prot-science”, refusing to give credance to today’s wisdom because of the repeated overturning of the old “settled knowledge” that has done them, and their families, actual harm. Scientific knowledge has always reflected social trends, and has always undergone its paradigm shifts as much from those trends as from any new evidence.

Neither the public, nor I, find much reason to think the real world of big science has changed that much over their adult lives. 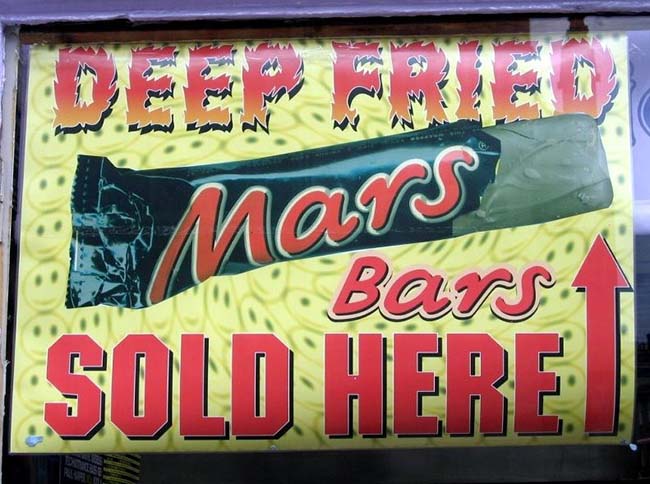 8 Responses to More on the sociology of science