Nothing in life makes sense except in the light of genealogy?

Last Thursday my wife and I took a drive out, initially to Maiden Castle, Britain’s largest iron-age hill-fort (a new-build from 600BC, if you don’t count the Neolithic causewayed camp it replaced), but then to Radpole Lake, one of the largest reedbed habitats in the country. 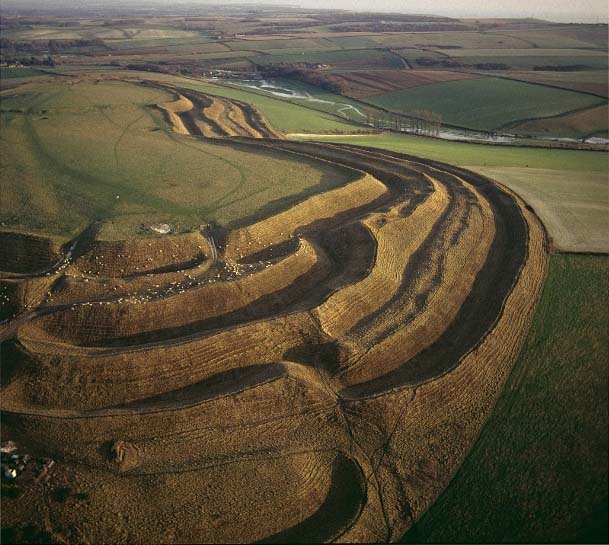 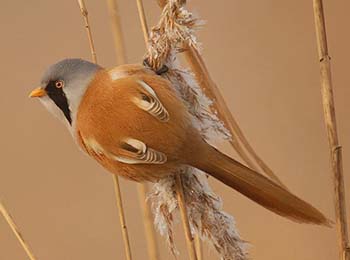 At the lake we were lucky to catch close sight of a pair of these birds – a long-held ambition – which my wife correctly identified as bearded tits, though they are in fact neither bearded nor tits. There are only about 630 pairs in the country, so it was worth the trip, as was a sight of the rare mediterranean gulls being shooed away by ignorant picnickers in the car-park. 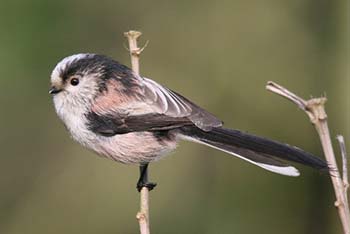 Any fool could have seen that our reed bird male was not bearded, but the owner of rather Prussian mutton chops. Yet the old appellation “tit” makes sense from their resemblance to this, the long-tailed tit. But I had a vague remembrance that this taxonomy has been updated, and at home I found that, some years ago, they’d been reclassified with the Asian parrotbills (like this). 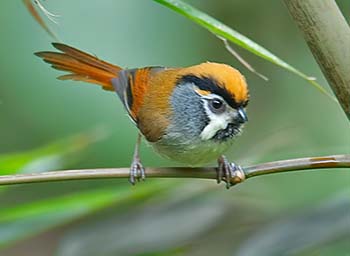 However, my book says that, on genetic grounds, they’re actually most closely related to the larks. Even that is now outdated, for as the links here and here show, the non-commitally renamed “bearded reedling” (still not “mustachioed” – perhaps it’s the genes that have the beard) is finally concluded to be in a taxon all its own.

Now this fruitless search for family connections reminded me of the rather over-used Dobzhansky dictum that “Nothing in biology makes sense except in the light of evolution.” In fact that quote, in context, has a lot more to do with a theological 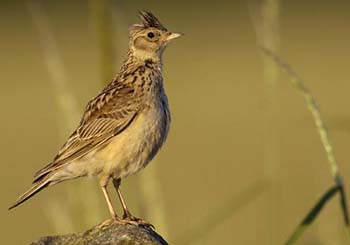 justification of evolution than the science. But if all evolution teaches ornithologists, after much labour, is that my reedlings are more related genetically to the ground-nesting, high-altitude singing skylark (of which there were flocks in Maiden Castle to lift the wintry heart) than to other reedbed acrobats, what have we actually learned that’s useful? And I got to wondering if future generations might not so much be asking why evolution was controversial in our time, as why we were so concerned with family trees anyway.

I spent several years on extensive genealogy research a decade or so ago, and very interesting it was to me emotionally and as social history. But convivial as was the reunion I organized, in a Manchester pub, of Garvey lines that had diverged 150 years ago, there was actually precious little we had in common. Apart from my own family history the Christian faith, too, has a lot to say about bloodlines, be that the descent of Jesus from King David or the hereditary Levitical priesthood (whose Y chromosome appears to be preserved still in the Cohen line, according to the geneticists), so I’m not inclined to dismiss genealogy as irrelevant. But nevertheless, nowadays it is one of the less significant factors in serious study of the human condition.

That wasn’t always so: the biblical emphasis on genealogy reflects the importance of birth heritage in tribal societies. When my friend was a medical missionary in Zaire, the biggest initial priority was to assign him to a tribe, without which nobody would know how to interact with him. But even in Britain, bloodline was not too long since the key to social function: bad behaviour revealed bad breeding (and so cast doubt not just on the character, but the legitimacy, if an offender was from a “good” family). In Tudor times your genealogy even determined what you ate and wore. Once, musicianship was gauged by your descent from the sons of Korah. You were a soldier or a Pundit because of your caste. You were a goldsmith because of your hereditary guild. You still get to be the Queen of England because of your ancestry, but that’s about it nowadays.

Now, nobody really considers it anomalous that an academic should be the grandson of a navvy, or that that a President should have an unemployable cousin. If they did, it would be because the socio-economic difference was surprising, not the genetic similarity. If you want to learn about what makes a person tick, you’ll be interested in their life experience and education, not their ancestral bloodline. And if you want to understand what makes society tick you’ll ask how he relates to those around him (or how his role relates to the roles of others).

But as biology inherited the “chain-of-being” thinking of Classical “fixist” taxonomists like Linnaeus, and gave it the temporal dimension of evolution, it seems to have downplayed other relationships that might be just as significant, or perhaps more so. That’s especially true in these days of the recognition of convergent and parallel evolution. It isn’t where you come from, but where you end up, that seems increasingly relevant. My bearded reedlings, apparently, are somewhat orphaned in the avian family tree. But if they were wishing to join a club, would they be more likely to join the Lark Society or the Association of Reed Dwellers? Are they more usefully regarded as disinherited larks, or as assimilated tits?

To pick another example, the close similarities, at both morphological and genetic levels, between placental wolves and the (sadly extinct) marsupial thylocines has long been noted. But I’ll wager that the two species would be more likely to hang out with each other at the Carnivores Club than to seek the social company, respectively, of caribou or kangaroos. As Wikipedia says, such instructive parallels are not uncommon:

Like the tigers and wolves of the Northern Hemisphere, from which it obtained two of its common names, the thylacine was an apex predator. As a marsupial, it was not closely related to these placental mammals, but because of convergent evolution it displayed the same general form and adaptations…

While some forms were unique to each environment, surprisingly similar animals have often emerged in two or three of the separated continents. Examples of these include the litopterns and horses, whose legs are difficult to distinguish; the European sabre-toothed cat (Machairodontinae) and the South American marsupial sabre-tooth (Thylacosmilus); the Tasmanian wolf and the European wolf; likewise marsupial and placental moles, flying squirrels, and (arguably) mice.

Now, clearly discussing the clubability of animals is facetious, but more seriously it would appear to me that one might learn more about biology, as opposed to taxonomy, by concentrating on what it is in an environment or lifestyle that moulds creatures from completely different stock into astonishingly similar forms and behaviours. Do we understand more about nature by speculating if, and how, dolphins evolved from mesonychids or from artiodactyls, or by studying how and why they’re so similar to ichthyosaurs? Do we gain a more fundamental grasp of truth by seeing them as adapted land dwellers or as adopted fish? It depends to which questions you attach greater importance.

A case in point on a TV nature documentary this week. It was about the human “cute response” to appealing animals, which the presenter attributed to the “evolutionary hard-wiring” that makes us respond positively to babies, which generalises to similar appearances in other species. Mentioning evolution there adds nothing – the cute response would still relate to baby-care even if Adam were created from dust in 4004BC.

But more relevant still was his tracing of the evolution of laughter in primates. Chimps and bonobos express pleasure with quite a passable verison of laughter, which becomes progressively less sophisticated in the less-related great apes. And that certainly gives supporting evidence for common descent, but once you’ve established that, so what? Chimps don’t laugh at my jokes. I don’t learn how a bird flies by knowing that wings were front legs a long time ago: is not biology more about flying wings that exist than walking legs that no longer do? Just as it’s actually more important how I interact in my community or my profession than that my distant ancestor was Irish, so I suggest it’s more important, in the scheme of things, how reedlings fit into the wetland ecology now than how they’re phylogenetically related to larks which, to be frank, have little in common with them except bauplan.

In short, speaking as a genealogist, I’m certain that there are good reasons why we are vastly outnumbered by those who don’t see what difference it makes if your fourth great-grandfather made grandfather clocks. Granted, nothing makes sense in life unless we have ancestors and are born, but it’s what happens thereafter that matters more.

On the other hand, as the paper on Dobzhansky shows, evolution has quite a lot of theological significance, if that’s your main interest. 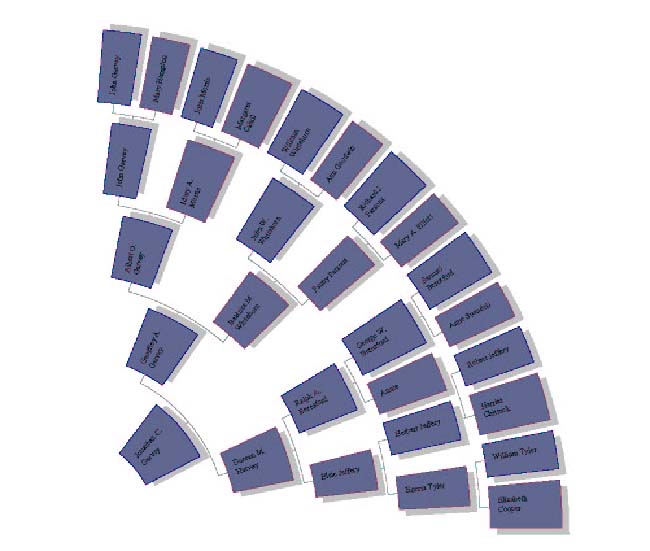 12 Responses to Nothing in life makes sense except in the light of genealogy?