And talking of Elizabeth II…

Today is actually the day that the length of her reign overtakes that of Queen Victoria, making her the longest ruling of Britain’s forty monarchs since the Norman Conquest in 1066. As an individual she now has pretty universal respect. Opinions vary about the effectiveness of her reign, from historian David Starkey’s assertion that she’s never said anything that will be remembered, to others who consider that her management of the changes in Britain, from a stiff nominally Christian state to a secular one, and from an imperial power to a more modest world-player, has been masterful. 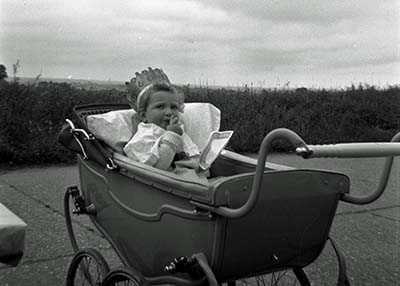 As my mother regularly used to remind me, I was one of the earliest of the new Elizabethans, born a few days after King George VI died of lung cancer. Although my brother is proud once to have “shaken the royal glove”, my only royal connection is having actually lain down on the operating table used for her father the king’s unsuccessful pneumonectomy, which was still in daily use when I trained at Westminster Hospital (complete with a commemorative plaque for unconscious patients to read!). Still, the temporal correspondence gives me a sense of just how stable her governance has been: she has outlasted 12 Prime Ministers, 7 Archbishops of Canterbury, 7 Popes and 13 US Presidents.

It has to be remembered, though, that she is only a constitutional monarch, whose somewhat anomalous function has emerged, in the usual British ad hoc way, from a parliamentary revolution against the Stuart theory of the Divine Right of Kings to Rule, and several centuries of adjustment following. Regarding that role, a perspicacious piece on the radio this morning, by the Christian novelist and commentator Anne Atkins, was helpful.

It is well-known (and always needs to be stressed, in this secular age when important religious issues get quietly sidelined) that Queen Elizabeth is only to be understood with reference to her loyal adherence to the oath she took at her coronation. She vowed before God to serve her people and nation, and she has taken that oath utterly seriously for sixty-two years. It has actually driven everything she has done, in private as well as in public.

Atkins reminded us of this but commented on the suggestion that, as constitutional monarch, she has not really “reigned” at all. She did so by comparing Elizabeth to the Christian ideal of power. Unlike elected leaders, she succeeded to the throne not by ambition for power, but through destiny – or to put it another way, by the choice of God. And so the model of power she has exercised has been radically different from that of an elected executive President. She has influenced by example, rather than imposing through might, or even through force of her personality – by serving rather than being served. And that, indeed, is the truth, and it would be good if British people generally modelled their attitudes more consciously on her example. Instead there’s a tendency to put her on a pedestal labelled “British Values” or even “National Treasure”, whilst getting on with the thoroughly modern and secular pursuit of personal “empowerment”. The online news has plenty of links to “Twelve of the most powerful women you don’t recognise but should”, and not many to “Twelve of the people who model self-giving service.”

Anne Atkins rightly draws parallels with the ministry of Christ (she’s one of the few Christian radio commentators here who is brave enough to make specifically Gospel points rather than anodyne moral ones). And to make a comparison with the Incarnation and the Passion is absolutely right. Many, however, would take the parallel further, making the Queen’s silent and patient encouragement a model of the very nature of divine power.

The whole Open Theism thing depends on that, as do many of the evolutionarily-founded re-writings of Christian doctrine so popular in certain circles nowadays. God’s power, it is said, is entirely to be found in weakness, of which the Incarnation is the paradigm. Depending on the particular version, God is said never to coerce human obedience, but to woo by example – such as the example of patient suffering on the Cross (leave aside John Stott’s observation that if suffering is the only component of atonement through the cross, the paradigm is actually of useless suffering, like the man who throws himself under a train to prove his love or compassion).

Where it impacts Creation, this view also has God acting by serving and suffering. According to Moltmann, who has many followers, the very act of creation requires a diminution of God to make room for others. To nature he gives the autonomy that, unfortunately, results in a death-and-struggle-based evolution, which in some way comparable to Elizabeth’s passive leadership, he gradually overcomes by example – most notably in the Incarnation.

A few years ago Arthur Peacocke’s Process Theology was highly influential in fostering this view amongst those focused on evolution, suggesting a silent “suggestive” role for God in each and every event (nature exhibiting, in this view, panpsychism). In practice, God’s effective influence in the creation appeared to be somewhat less than Peacocke’s in the discussion about it. But Peacocke’s framework, stripped of its Whiteheadian philosophy, has been adopted by many who claim to be more orthodox, losing coherence in the process.

However, the comparison of Elizabeth’s reign with God’s stumbles over the fact that, as I stated above, her role is an historical anomaly, rather than an ideal. Its existence in Britain is the result of a process that began with a duplicitous Charles I and a rebellious section of the population, under Oliver Cromwell, intent on limiting his power. Similar stories of revolution account for the even less effective crowned heads of Europe, most of whom you didn’t realise still existed, and who aren’t for the most part even figureheads for anything, apart from being typical citizens of their countries. Further afield, the Emperor Hirohito transited from divine absolute ruler to a mere constitutional figurehead through a very straightforward imposition of American military power at Hiroshima and Nagasaki.

Apart from these examples of the wresting of power from monarchies, no other countries have modelled their leadership on Elizabeth’s style. The republicans here see her as nothing but a useless vestige of privilege (being blind to her subtle value in the national body politic). The Americans arguably elect from a similarly tiny pool of economically privileged persons, but whoever they choose is given real power – the coercive power of the military and the legislature. When the checks and balances become over-mighty, then government becomes a matter of not egalitarian co-operation, but of political paralysis. The same is true in that egalitarian project of the European Union. As is shown by the Refugee Crisis, and in conflict zones round the world, inertia and ineffectiveness becomes the norm, except where some truly powerful leader like Angela Merkel bangs heads together.

And so the secret of Elizabeth II’s success is not that her quiet self-sacrifice is the universal key to true power. Rather, in Britain’s rather unique situation it depends on there being alongside her a powerful state apparatus, represented by the elected government with its powerful Prime Minister, by the armed forces and by an assertive judiciary.

Likewise, it’s true that Jesus subverted the power structures of the world by his voluntary submission to suffering, and it’s true that that is an example for Christians to follow. But in so doing he modelled not what God is in his essence, but what man ought to be by nature. For mankind was created in the image of God, which meant to be willingly subordinate to God’s will as Governor of all things – a will that is the cosmic equivalent, in fact, of the (nominally) powerful nation which Elizabeth has vowed to serve.

And that is why in the Book of Revelation, the surprise that the only one worthy to unseal the scroll of history is the Lion that appears as a slain Lamb nevertheless culminates in his sharing true power with the Father:

“Worthy is the Lamb, who was slain, to receive power and wealth and wisdom and strength and honour and glory and praise.”

“To him who sits on the throne and to the Lamb be praise and honour and glory and power, for ever and ever.”

No constitutional monarchy there, and that’s for sure. 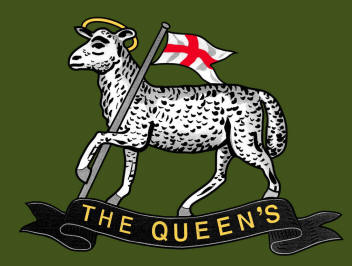