The principle of divine uniformity

The end of John’s gospel contains what amount to a couple of prophecies by the risen Jesus. They come at the end of the famous passage where Jesus reinstates Peter, after his triple denial, through a rather painful triple reaffirmation of his love for the Lord. Forgiveness didn’t come completely cost-free to Peter. 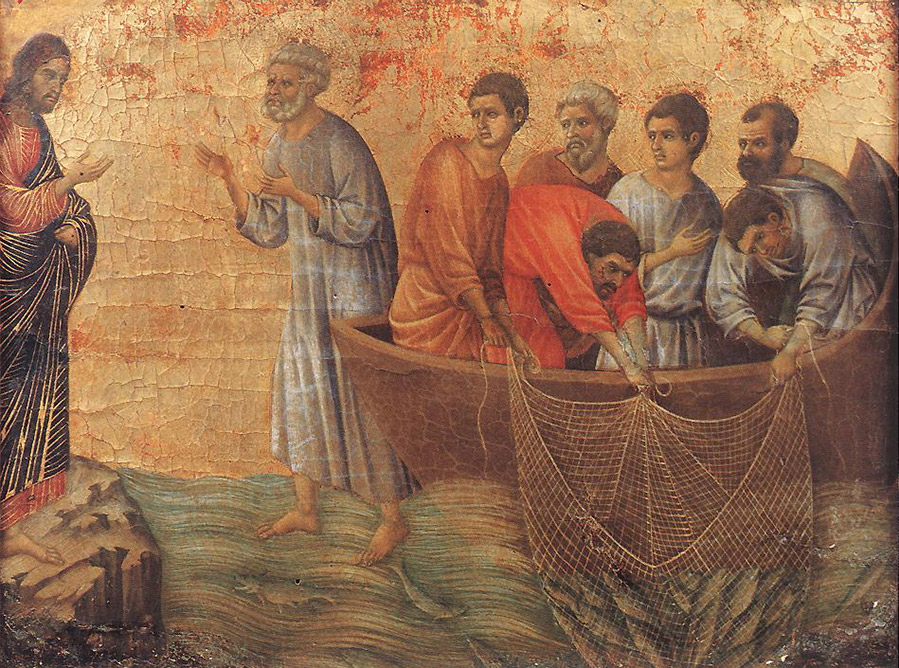 As part of that reinstatement as an apostle, as well as a disciple, Jesus prophesies “the kind of death by which Peter would glorify God.” There are strong and early traditions that Peter was crucified in Rome, perhaps at the same time Paul was beheaded, and the passage makes most sense if it was written after this event was known, as otherwise its slightly cryptic nature would require more explanation. For a readership that knew of Peter’s crucifixion by report, though, the description “stretching out his arms” speaks clearly enough.

Peter died maybe thirty six years after the Lord spoke these words, and as with the prediction of Jerusalem’s siege and destruction, it at the very least shows Jesus’s knowledge of the future, despite the intervention of very many contingent events and decisions in Peter’s subsequent life. At the level of “principles of reality”, this tells us, contra Open Theism and related philosophies, the future can be known – it is not radically open, or Jesus would not have dared foretell such a sobering end to such a tender soul.

But perhaps, it might be said, Jesus was prognosticating on the basis of rational deliberation (as if, having already risen from the dead in power, he should still be treated as a mere political analyst!). Some people who believe in the resurrection also believe God must only be able work out the broad drift of the future logically because there is, as yet, no future to know infallibly. Perhaps perceiving that Peter would probably now be faithful in preaching the same message as Jesus, they would say, it was likely that he would meet the same fate at the hands of the Romans.

That doesn’t wash, really. Given that Peter was the apostle to the Jews, biblically contrasted with Paul’s mission to gentiles, he was a lot more likely to meet his death by stoning than by crucifixion. James the apostle did so in the early days of the Church, James the Just did so in 62AD in Jerusalem, and Paul was stoned by Jews in Lystra but survived to be beheaded. James the Just may also have been thrown from a parapet, and we know that Paul was also beaten with rods, shipwrecked, became ill, faced danger from bandits, and all kinds of other possible deaths that Peter might also have encountered, unless Jesus knew otherwise. Finally, tradition says Peter languished for 9 months in a dungeon before his death, and many have died under such conditions.

The theory that Jesus simply thought, “Like Master, like disciple”, though, falls apart completely from reading the next few curious verses, in which for some reason Peter asks after the fate of the “disciple Jesus loved”, presumably John the Evangelist. Jesus replies:

“If I want him to remain alive until I return, what is that to you? You must follow me.”

Many, the text says, took this to mean that John wouldn’t die, like Enoch or Elijah. There’s a plausible theory that the note was added to the gospel when John, in fact, did die, in order to show that Jesus’s prediction had not failed, but needed to be more carefully interpreted than had been assumed. It was certainly public knowledge in the churches in advance of John’s death.

But as far as Peter was concerned, the effect was to apply Jesus’s earlier words personally to himself – there is an unstated implication that John would not meet the same end for which Jesus was preparing Peter, even though John would face just the same kind of dangers amongst the Jews and, it seems, the Gentiles (for he is said to have ended his days in Ephesus). Jesus, clearly, knew the specific futures of both disciples.

Therefore to deny that God can know the future is simply to contradict this Scripture. Both predictions, if it were true, would have to have been “retrojected” cynically after the events, in a bid to make Jesus appear more wonderful than he was – which was, of course, the only person in history to be crucified and rise from the dead! The rumour current amongst believers would have to be an invention of the writer, for publication long after everyone had forgotten the matter. Go figure that twisted logic.

But there’s more, and I think it’s often missed because, if we are happy to credit the story here, we are already probably not surprised at any great work of Jesus and don’t consider the implications much, so the enormity of it washes over us somewhat. For Jesus’s reply to Peter, whilst it doesn’t entail that John will not die, does entail that how long he remains alive is a matter for Jesus’s will, rather than man’s, Satan’s or nature’s:

“If I want him to remain alive until I come, what is that to you?”

In other worlds “If I choose, he will not die. If not, I will decide another suitable end for him.” It is a matter for the sovereignty of Jesus as head of the kingdom of God, which he came to inaugurate.

Once more, from Peter’s point of view this is confirmatory of the fact that Jesus has not just given him a doom-laden prognostication, but has revealed his will for Peter, so that the apostle can prepare to suffer and die knowing it is not a useless gesture, but a partaking in Christ’s glorious sufferings. That may be alien to us, but was presumably an inspiration to Peter to “Come – Live – Die” in George Verwer’s phrase, and not in the least incompatible with Jesus’s words that, when the time comes, Peter “won’t want to go there”.

The prophecy is communicating a spiritual gift of martyrdom (1 Cor 13.3, in context), promised in advance. Are we mature enough to understand such things? It would not carry any such reassurance if Jesus, as the glorified King, were not speaking as the Lord of life but as a mere soothsayer. He would be limited not only by his own fallibility but, if there is a fundamental principle of openness in creation, by the very nature of things. In that case even God must take events as they come, subject to the contingency of nature and of unpredictable human decisions, whether that be a whim of Caiaphas to stone Peter soon after Pentecost, or of Peter’s to bottle out and go back to fishing.

But perhaps we should take this as a very special case? We have not all, after all, met the risen Jesus physically, and we are not apostles either. Perhaps Jesus, in these two special cases only, intervened to ensure that his prophecies came true?

Interventions there certainly were, humanly speaking, if you remember Peter’s miraculous release from prison, for example. But if “intervention” is the name of the game, and God wants to guide individuals through to specific deaths at specific times, he will need to be meddling with events every day, and watching like a hawk in case some random event or decision crosses his purposes. One drunken chariot driver, mounting the pavement on Peter’s arrival back in Jerusalem from Galilee, would be the end not only of the prophecy but of Peter’s pivotal ministry. If the chariot got John instead, the Church would be a Gospel short. And so on almost literally ad infinitum.

Individual events are highly contingent (you have only to watch It’s a Wonderful Life again this Christmas for proof!). For God to guarantee such a prophecy by “interventions” would require the same kind of obtrusiveness as a human trying to ensure the same outcome would need: a troop of bodyguards, a medical unit, a team psychologist… day and night from 30 to 66AD! The wonderful phenomenon of Peter and John’s angelic minders would, in all probability, have become the focus of early Christianity, rather than the small matter of the gospel of Jesus.

Not only would that “special case interference” place Peter and John in a ridiculously odd bubble isolated from the real world, but it would have to be multiplied for every other instance one concedes to involve promise, vocation, providential circumstance or answered prayer. There would actually be very little of the “real world” left, if God acted even sparingly by the “micromanagement by miracles” necessitated by the semi-deism so prevalent in Evangelicalism nowadays (Semi-deism: God leaves the world free to act “naturally” but may in theory occasionally intervene, eg in biblical miracles, answered prayer etc).

On the other hand, if God does not act decisively in events, then all the above – promises, vocations, providential events, answered prayers – and the Scriptural predictions from which we started our discussion, are shown to be mere wishful thinking. What happens happens, and the   pious attribute it to God. That was very much the position of nineteenth century liberalism, reducing God to nothing but a religious point of view.

Could it be that neither of those pictures makes sense? Might it not be that the biblical picture is correct, when it implies that the “normal world” itself is, in fact, the world whose outcomes are sustained moment by moment only by the divine will, the will of Christ (in fact) that decides that, through that “normality” Peter will die violently and John peacefully? If that is not the truth, then what alternative can account for the closing verses of John’s gospel?

Generalising to the broader doctrine of creation, if this ubiquity of God’s active involvement applies to the deaths of the saints, on what principle should it not apply to the rest of the world? It seems to me that, just as a principle of uniformity applies in science, so it ought to in theology. In the former, we say that if we see ice forming a U-shaped valley today, then ice is probably the explanation for such valleys formed long in the past. If chemistry works one way on earth, it probably does at the other side of the universe.

Likewise I suggest that if we can see from Scripture something of how Jesus as King is so intimately involved in human affairs and history, in principle it’s more likely than not that he’s involved in the same ways, and to the same extent, in the natural world. 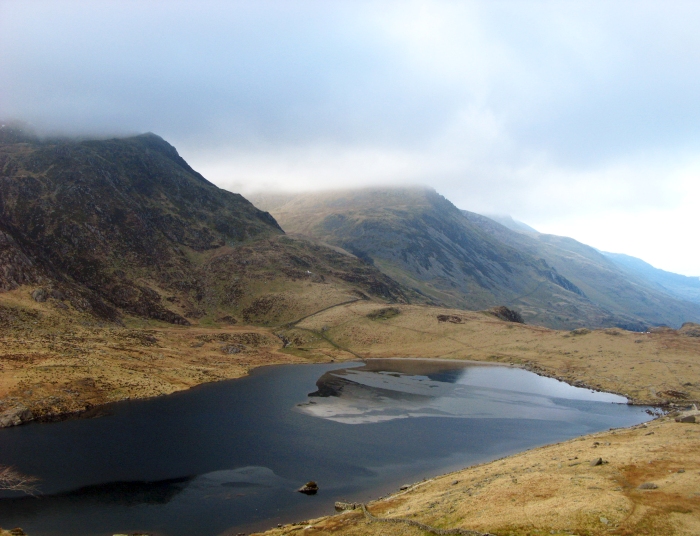