I had a brief conversation on BioLogos with someone who’d been a little troubled by the ancient arguments about “vestigial organs”, found in Darwin and echoed in textbooks for kids since as proof of evolution. I ended up suggesting that in very concept the idea is worthless and ought to be dropped. The trouble is that, like much of the popular presentation of evolution, it is actually not a good argument for evolution, but a polemic “case for evolution against creation”, and so is ideologically driven, even though it’s of no value to science and less to theological discourse on creation.

Conor Cunningham shows how much more complicated the actual state of science and the state of theology is than that, and uses the term “Vulgar Darwinism” for the simplistic version of Darwinian evolution that gets to the public. Unfortunately this also dominates a significant subset of those in the scientific profession itself, and for their creed Cunningham uses “Ultra Darwinism” as a synonym. We all know who some of the professional perpetrators are, for they include some of those most involved in popularising evolution and fundamentalist materialism.

To cover “vestigial organs” briefly, then, they are a subset of homology, and homology is undoubtedly a good strand of evidence for common descent. However, even in that restricted use homology is inconclusive evidence for Darwinian natural selection. I’ve written before that to Linnaeus, the father of taxonomy before evolution, homology supported the “plenitude” principle that God creates every possible variation.

And if we ignore that, there is increasing evidence of some kind of formal constraints on “design” in nature (structuralism), one aspect being convergent evolution, and that is probably a better explanation for homology that any version of Darwinian theory.

The real problem with “vestiges”, though, is that in evolutionary terms it’s a merely subjective judgement to say what is a “normal” function, and what a “vestigial” one. For it’s rare to find organs that can be shown to be truly functionless. The human appendix has important immune functions. It’s commonly said that it’s a vestigial version of the large caecum of, say, rabbits, that enables the digestion of cellulose.

The common argument that the appendix is unimportant because it can be surgically removed without harm is weakened considerably when one discovers that the same is true of the rabbit’s caecum. This was done as long ago as 1955, and the researchers were able to say:

Successful operations have been performed on 5 rabbits to
date, and these have lived for extended periods, up to 9 months after cecectomy, with no external evidence to indicate that growth and development had not been entirely normal.

Furthermore who is to say that the rabbit caecum itself is not an extreme specialisation of another role, even a primary immune function like that of the appendix? Many evolutionists believe that virtually every organ’s function is an exaptation of some other use in any case: dinosaur insulating feathers become flight surfaces, fins can become legs and so on.

Within Darwinian science, vestigial organs really only provides a weak and subjective way of judging between the adaptationist and neutralist camps: adaptationists stress how natural selection ensures that everything is useful, whereas neutralists say that the limits of selection mean that most evolution happens by chance. Only the latter really ought to believe in vestigialism – the adaptationists ought to jump on any existing function as an adaptation, or claim we’re bound to discover it if we look hard enough (which we usually do).

But in practice, both groups, and those in between, tend to use vestigial organs only as one of those ubiquitous theological arguments for evolution against creation. “Look, a sensible God wouldn’t make such useless wisdom teeth/coccyges/back limbs on whales and so on. Ergo evolution is true.” But of course, the judgements about what is or is not “function” remain every bit as subjective as before, only by mentioning God they have invoked all kinds of possible final causes beyond mere function, from aesthetics to deliberate curtailment of fitness for the general benefit of creation. Remember, “biological fitness” as a be-all-and-end-all is a strictly evolutionary concept in which theology has no great stake.

So I suggest the whole concept of vestigial organs achieves nothing, and doesn’t even deserve attention from the Christian either for or against evolution, since for them the reality, but inscrutibility, of God’s purposes ought to be axiomatic.

Not long after that BioLogos conversation, I remembered a comparable example of “vulgar evolution apologetics”: the so-called “evolutionary dead-end”. Paradoxically I came across it last in Conor Cunningham’s book Darwin’s Pious Idea, which is all about the deeper philosophical implications of Darwin, but seemed to have accepted the particular category of “evolutionary failures” unchallenged, as incontrovertible fact.

But once again it’s a mainly theological concept with no real scientific value – “Look at all the waste in evolution, with all those failed experiments littering the field. Would a designing God really have shown such incompetence, especially given the consequent suffering for that majority of badly-designed types?” Cunningham uses the illustration of the lottery winner who thinks he’s lucky, failing to appreciate that he’s just the only non-loser among millions.

So evolutionary “dead ends” and “failures”, it is held, demonstrate  the non-directedness of evolution. But the question is, what demonstrates the existence of such dead ends and failures? In fact, they are circularly assumed to exist from the predictions of the Darwinian model of evolution. It’s the same argument that says the fossil record only contains 1%, or whatever, of all the types that have ever existed, as support for gradualism, when gradualism itself was used to claim the incompleteness of the fossil record – see here.

Extinctions are often cited as direct evidence of  these “evolutionary dead ends” as if the connection were self-evident. But extinctions do not demonstrate failed directions of evolution, any more than the death of soldiers in battle demonstrates failed strategies. Rather they show changes of conditions that eventually exceed that type of  organism’s potential for adaptation. Steam engines were not dead-end technologies because they were replaced with diesels. It only becomes a “failed experiment” if you make the continuance of a particular line the sole criterion of success, rather than (say) the health of the whole biosphere – which is more likely to be God’s concern.

It only becomes a tragic failure if you weave some fanciful image of the Last Fish dying slowly in a desert with gasping regrets she’ll never see her grandchildren – a scenario which in real life would be very much like the millions of other similar fish that died in deserts fortuitously during the millions of years it was a flourishing species. Why is extinction any more wasteful and tragic than death? Both bequeath the earth to other living individuals

So extinctions as such count for nothing as evolutionary mistakes. What we’re looking for are the abject failures: not the steam engines that gave way to diesels, but the steam toasters or steam battery packs that some moron patented before they sank into welcome oblivion. And those are harder to come by in the biological world. Conor Cunningham’s lottery analogy is only valid for lotteries because one meets many lottery losers in life – both losers and winners are available for interview.

But the fossil record actually shows an overwhelming predominance of apparent stasis and sudden changes of (successful) forms (hence punctuated equilibria). So gradual  transitions, even in the more rapid punk eek sense, are in pretty well all cases postulates of the assumption that they “must” have existed, but not fossilised. The same is true of “evolutionary failures” – they may have occurred during punctuated equilibria, or even as isolated lineages during stasis – but they don’t actually manifest as fossils. They are a pure hypothesis. 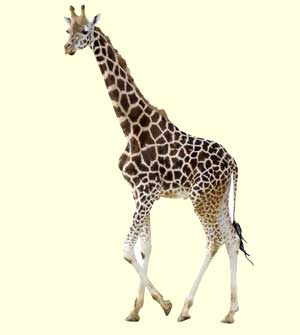 How would we even tell such a “failed experiment” if we did find it? It would represent some species that once lived, and a live species is, by definition, more or less successful. Stillborn fetuses seldom fossilize – and never take part in evolutionary experiments. Low or declining numbers might be because the species is a failure – but more likely are demonstrably because the species occupies a specialised niche that disappears. Or it may even just lose out in a common role due to exceptional circumstances (eg migrating grey squirrels ousting reds in the UK, global warming leaving nowhere for cold-loving species to go, etc).

Some have said the giant panda ought to be quietly left to go extinct extinct because it is so poorly adapted. But it’s actually been successfully around since the Pleistocene, which is as long as we have. If its habitat or other environmental factors are no longer conducive to its survival, then that’s another matter. The dead end was not due to evolutionary incompetence, but to deforestation and so on. 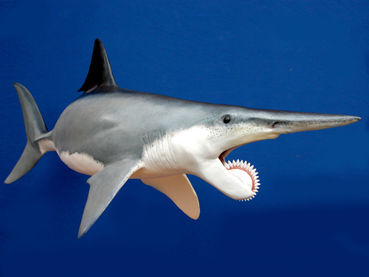 How would one tell any fossil is a “dead end”? Extreme bauplans are no guide. We can have little idea of the entire world a strange creature lived in, so it’s impossible to say how well suited it was. It’s even impossible to be sure how rare it was, because by all accounts the fossil record is patchy. After all plenty of today’s common plants and animals are weird.

For example, commonly it was said (and still is, in popular science texts) that the Irish elk became extinct because its increasingly disproportionate antlers, assumed to be sexually selected, eventually made the whole creature maladaptive. But all one really knows is that they had big antlers and went extinct, and the cause is an hypothesis – and one that doesn’t bear much close

The redoubtable iconoclast Stephen J Gould drew attention to findings that as deer increase in size, their antlers customarily enlarge disproportionately. The giant elk, being the largest deer found, had antlers that followed this rule. This suggests that some kind of developmental constraint, or “law”, was probably at work in the elk, rather than any evolutionary “experiment”, whether that experiment were entirely directionless, an attempt to adapt to some supposed need that failed, or even the inexplicable love of the elk ladies for grotesque headgear.

But we don’t really need Gould’s excellent analysis to show the vacuity of the “dead end” hypothesis. For in fact Megaloceros giganteus (the giant elk’s posh name) shows in the fossil record from 400,000BC to 8000BC. That longevity in itself undermines any idea of a failed experiment. More significantly still, there seems to be no evidence that their antlers actually increased in size over that time – otherwise they’d be the missing example of gradualism that paleontology needed so badly to keep its place at the classical Darwinian table last century. The real argument, it seems, was simply, “Those antlers look too big to work. And the elk’s extinct. They must have evolved gradually because everything does. Therefore they just got too large and the experiment failed.”

It’s just another “Just So” story (that astute analogy was from Gould, too). In fact, it looks like giant elks died out because of the usual issues of lack of the right food when the ice-age ended, perhaps aided by human spears and arrows.

So, maybe evolution makes experiments that go nowhere, and maybe it doesn’t, for all that the evidence shows. And maybe God makes such failures for his own reasons, and maybe he doesn’t. But the arguments for and against either explanation would be stronger if the whole menagerie of such failures weren’t entirely subjective, or perhaps even entirely imaginary.

9 Responses to The dead end of evolutionary dead ends