It’s actually five years ago today that I started this blog, The Hump of the Camel. That’s quite a decent lifespan for a blog, and it’s time to reflect on what, if anything, we’ve achieved.

After a slow start, readership took off after I reviewed Stephen Meyer’s Signature in the Cell. Or rather, I reviewed the unfavourable treatment of it on BioLogos, the main piece  being by an unbelieving ex-Catholic biologist Franciso Ayala, and I concluded they had had treated Meyer unfairly. Since I was a regular and supportive poster there, and had even written a column for them, the publicity given to the piece have led to some interestingly strained relationships ever since.

By that time, however, I’d been getting a lot more familiar with science-faith issues, and in something over 800 posts since, I and my co-authors have explored a great number of issues that you won’t, in some cases, find much about elsewhere. In particular, we’ve tried to bring the weight of traditional Christian orthodoxy to bear on the relatively transient controversies in science, to question the many ways in which, amongst theistic evolutionists (now preferring the term Evolutionary Creationists) theology has often been compromised by attempting to put science first in the pecking order.

Along with that we have shared some of the sense that others had that the main science in question up till now – the Neodarwinian Modern Synthesis – is something of a splintered cane on which to lean in the second decade of this century, let alone one on which to base ones interpretation of the Bible.

I don’t know if others agree, but I’ve sensed some sea-changes in the science-faith discourse that seem in line with some of what we’ve been saying – though it’s questionable if we’ve had any significant role in that. Maybe it’s more a case of being able to say, “I told you so, if you’d bothered to read it,” though we still consistently get 1000 hits a day despite my purging the spam merchants as often as I can.

In the first place the seismic change in biological science, and especially in evolutionary ideas, seems now to be on the very verge of happening, rather than being the province of a few rebels like Lynn Margulis and Carl Woese on the one hand, and the much despised, but impossible to ignore, critics from Intelligent Design on the other. It seems symptomatic of this that, 30 years after being dismissed as a crank for writing that Darwinism is a theory in crisis, Michael Denton’s new book, with the same underlying message (and nearly the same title), gets the nod from many more working scientists, ECs like Darrel Falk (whom I upset most by my review of Meyer) and even the board of BioLogos itself.

The Hump has been championing the new thinkers like James Shapiro from the first, going back to find the real strengths of sidelined scientific characters like Wallace, Lamarck and Linnaeus and of natural theologians ranging from Paley to Warfield. None of these had fair or adequate treatment from TEs, except in the writing of Ted Davis. But it is more likely the sociological pressures, than our flag-wavings, that are opening the door to discussing these views a crack. Once one admits that Denton’s structuralism has merit, one can no longer view everything through the eyes of randomness, nor regard Richard Owen as just the guy who was too stubborn to submit to Darwin. The science is once more up for grabs, with profound metaphysical and religious implications.

There appear to be theological changes too. I came to BioLogos as a natural home for someone like me, seeking to resolve a conservative Reformed theology  with the science of originsin detail, having already long done so quite satisfactorily in principle. I was surprised to find so little discussion of those same theological and philosophical principles, and so much adoption of non-mainstream doctrine to squeeze Christianity to fit current evolutionary theory. The strong influence of kenotic theologies at BioLogos, espoused by their then theological lead, Peter Enns, and the favourable treatment of Open Theism embraced by their co-founder Karl Giberson and, apparently, at least flirted with by Francis Collins, were a surprise to me.

The reasons became clearer from my reading of the thinkers most associated with modern theistic evolution, and particularly those like Howard Van Till, whose influence on the discussions at the ASA before the days of BioLogos had made a theology based on “nature’s freedom” seem to very many not only coherent (which it is not) but an antidote to the whole Scriptural teaching on the nature of God’s sovereignty.

Unfortunately to neutralise biblical teaching you inevitably have to neutralise the Bible. This is most easily done by huffing and puffing at blinkered “inerrantism” as often as possible without explaining why you accept certain Christian teachings as true.

The changes in leadership at BioLogos have made apparent support for many of the Scriptural views on providence, chance, divine action and so on much more prevalent. Yet (as we’ve pointed out here on a number of occasions) there has been little in the way of clear water put between that and the less Evangelical past. For that reason I, for one, am not surprised that there is continued suspicion of Evolutionary Creation from Christians in the ID and Creationist camps, that it is liberalism in a cheap cassock: witness the continued caution of critic Wayne D Rossiter despite pacific overtures in private (according to his blog) from a BioLogos leader. Why are private and public views separated?

This is not helped by the muddying of the issues that ought to be clear and central in discussing any theology of God in a science context. The vagueness of what is meant (metaphysically) by “random” is notorious. And it really is inexcusable on the world’s primary science-faith websiste for an article to teach that “occasionalism” means that God acts occasionally, and then to slap that label on ID. “Pig ignorance” comes to mind.

We gave the true meaning of “occasionalism” here two years ago – and more importantly critiqued the “mere conservationism” still-prevalent in theistic evolution and pointed to the historical preference – and theological necessity – for divine concurrence. This, still as far as I know ignored at BioLogos, will be even more crucial in making sense of God’s hand in the confusing complexities of the new biology. It will no longer make any sense, if it ever did, to say that God works his ends through nature’s autonomy from his direction and design.

Lastly, under this heading of heterodoxy, support for historical Evangelicalism amongst the leadership at Biologos is heavily masked by a majority of the commenters there, who either haven’t picked up the vibe that unorthodoxy is no longer de rigeur, or just come to the discussion with the lamentable pick’n’mix doctrinal soup which, it seems, reflects the state of religion, particularly in America.

This last feature is what makes me pessimistic that The Hump has had any real influence on the discussion. Whenever I dip into the boards at BioLogos (and also, to be fair, at the closest ID equivalent, Uncommon Descent), I see issues that I wrote about in depth two or three years ago being discussed completely superficially as if nobody had ever done the work. Or I hear views being attributed to notable authors showing their books have remained unread (nobody objected on a popular thread, for example, when Alfred Russel Wallace, the Spiritualist, was described as “a Christian”, though he inveighed against Christianity as superstitious priestcraft).

To be frank, to conduct the serious business of reconciling deep science and deep theology at that kind of level is doomed to end up going round in circles. It is just not very important to the actual issues that Student X was brought up as a doctrinaire Creationist and then became a doctrinaire Darwinian. I can go to Answers in Genesis and read a contradictory testimony. It’s not helpful to find that somebody was able to shrug off traditional doctrines that stood in the way of doing science – what’s needed is the inteelectual and spiritual exercise of seeing why you don’t have to abandon the one for the other.

So I don’t know how much we still have to contribute when people appear not to be simulated or provoked that much by The Hump. But maybe I just need to catch up on my reading (once this current batch of musical arrangements is under my belt – people actually pay me to do that, which might be indicative of something!). And when some neglected truth once more strikes me, no doubt the columns will become more frequent again. 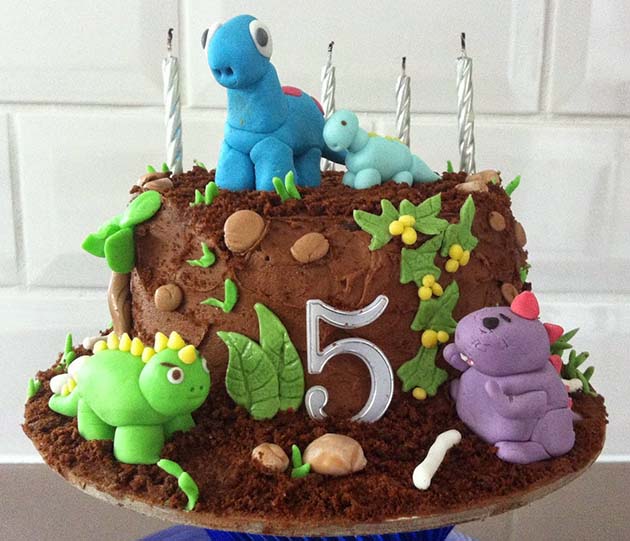