Some further thoughts on black pepper

I just want to expand briefly on some strands in the updated peppered moth story  that I didn’t follow through in the last post.

As I tried to bring out in that post, the story has quite a lot of value in illustrating some of the processes at work in evolution, and especially population genetics at its simplest. But is very far from being anything else than a special case, and really shouldn’t be used as a demonstration of how evolution works at all scales.

The new paper itself points out that the work casts light on the microevolution of this particular species (yes, “microevolution” is a real biological word!). But even at the microevolutionary scale, as I pointed out before, it is a phenotypic saltation, the transformation by a single (large scale) mutation from a predominantly white moth, to a completely black one. We see in this case no gradual transition, with selection at each of many stages, either at the phenotypic level, nor at the genetic level.

That leaves open the question of whether anything but such a phenotypic saltation could lead to adaptive evolution, even in this simple case. A black moth is clearly less visible to predators against a soot-blackened industrial background. But it’s far from obvious whether a light- or even mid-grey moth would have any such advantage over a white one – and gradual transition has historically been the requirement for major and complex changes of phenotype.

For example, polar bears hybridise frequently with grizzlies, and the advantage of a white bear against snow is as clearcut as that of a black moth against soot. But there are, reportedly, nearly 1400 areas of genetic difference between the bear species which, presumably, encode not only whiteness, but whatever other cold adaptations polar bears possess. It is a big jump from observing a single saltation that creates a variety by selection, to extrapolating that as evidence for a multiplicity of gradually co-evolving changes that transforms a species.

It would actually seem that, supposing polar bears underwent a similar single change to produce whiteness, that very selective advantage would hinder any other more subtle changes, however advantageous. 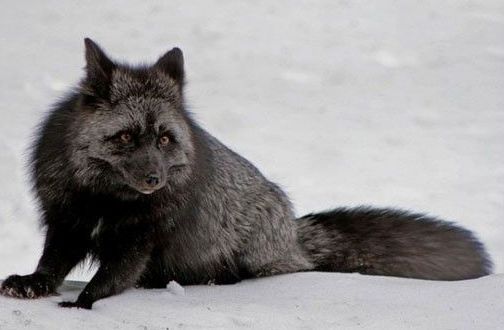 Confused arctic fox, not yet extinct

Wikipedia cites sources estimating the selective advantage of the black carbonara form of the peppered moth, in industrial conditions, as 50%, obviously accounting for its becoming the sole form in an industrial centre like Manchester within a few decades, and correspondingly its rapid decline as pollution declined. Such a single, overwhelmingly adaptive advantage would tend to would swamp the selection of any other features, however advantageous.

This would be particularly important if the carbonara form was associated with particular deleterious traits compared to the original form – they would be selected over advantageous traits because of the overwhelming advantage of melanism. This is not at all unrealistic. Remember the fact that the cortex gene, in which the mutation took place, has no known link to pigmentation. It is, however, involved in more general functions, including cell division – a rather basic matter.

It is quite possible that the insertion of the mobile element which, somehow, let to the dark form might also have partially inhibited any number of these other important functions: we now recognise that control genes can affect hundreds of different processes, and very few are restricted to one. Yet if this were the case, despite their accumulating harm as the mutation spread through the population, only the massive increase in fitness from camouflage from having the gene (or not having it in the post-industrial period) would be “seen” by natural selection.

It would be quite conceivable for such a successful trait to become fixed within a short time had polluting industrialisation been more persistent and widespread – and yet for that selection to lead to the extinction of the species through the “invisible” deleterious changes it brought with it, perhaps taking longer to manifest themselves. Any successful theory of evolution has to explain why this is not the usual or even universal outcome, rather than successful ongoing adaptation.

In that respect the peppered moth story is a poor poster child for Darwinian evolution – it dramatically shows how a single saltational trait can spread through a population, and just as quickly decline if not fixed – but leaves begging the more imporant question of whether the standard model of multiple (infinitesimal) changes gradually, and permanently, transforming species, can be attributed to natural selection.

The story of the peppered moth will do equally nicely for James Shapiro’s “natural genetic engineering” theory, or for Michael Denton’s structuralist “emergent laws”. It fits nicely into a theology of special providence, too. Everybody wins!